Turning the Heat: An Interview with Gretchen West 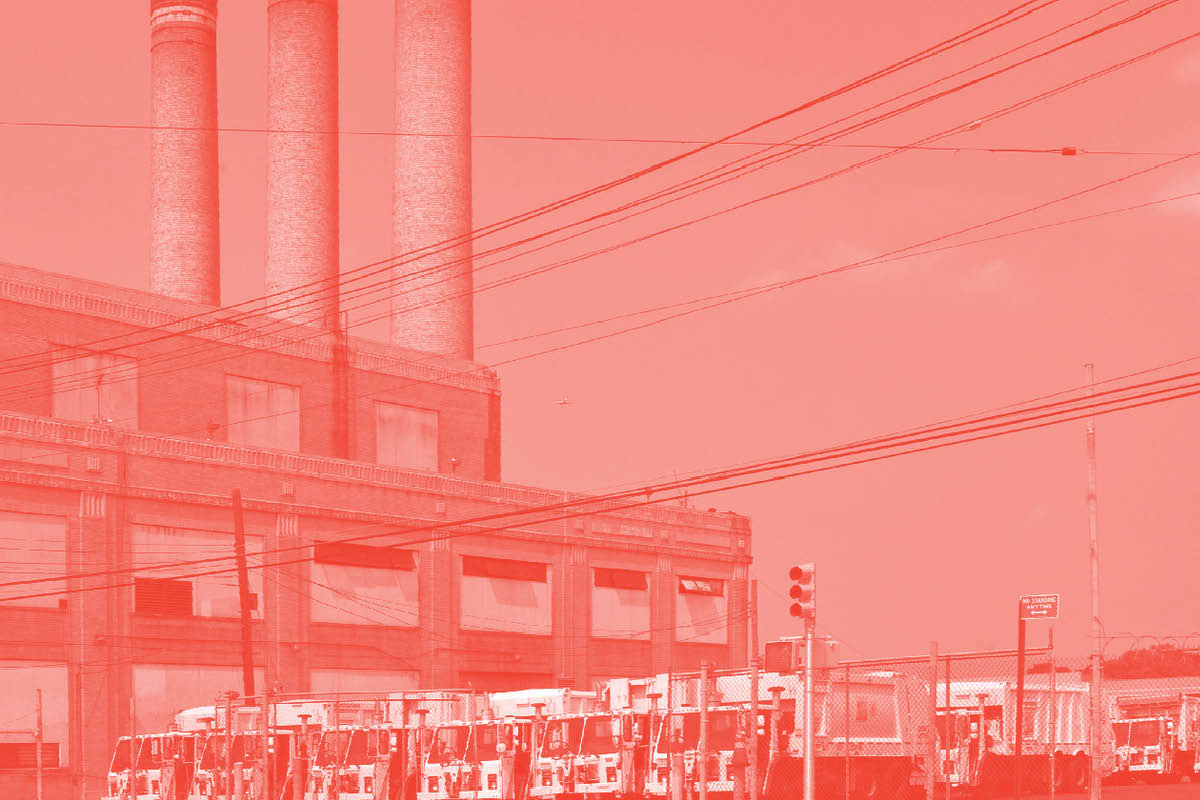 Amritha Mahesh: What is the mission of Healthy Homes? What was  the impetus for the hospital to start this initiative?

Gretchen West: Healthy Homes is an affordable housing nonprofit that was established by Nationwide Children’s Hospital and the local community development corporation, Community Development for All People, in 2008, in response to the widespread foreclosure crisis, which caused a huge amount of vacant, abandoned dilapidated homes in the neighborhood just south of the hospital’s main campus. Healthy Homes was established primarily to address vacancy by buying those homes, fully rehabbing them, and then offering them as affordable homeownership opportunities. In conjunction, we also started a home repair program where we provided grants to existing homeowners to do exterior improvements to their home up to $20,000.

In 2017, we established a rental program in response to what we believed was impending gentrification of the neighborhood. Private investment has come back to the community and was causing housing pricing to skyrocket. We still do homeownership, but it’s at a much smaller scale. Now we are mostly developing affordable rental properties, and we still do our home repair program.

AM: How does the funding for these initiatives work?

GW: That has changed over time. During the Obama administration, in response to a large amount of foreclosed properties, HUD’s Neighborhood Stabilization Program channeled money to states and municipalities for groups like ours to buy vacant homes, rehab  them, and sell them as owner-occupied or lease-to-own. For the first three to four years, we received funding through NSP. When we do rehabs, there is always a gap between the cost of doing a full gut rehab and what we sell the home for. We’re never making money when we sell a home. In some cases, that was fully covered by the hospital. We also have some private philanthropy dollars.

AM: In terms of how things are structured and working currently, do you see any challenges? Are there other avenues that you’d like to explore or new policy programs?

GW: In 2018, we announced the South Side Renaissance Fund, which is $15 million loan fund that the Ohio Capital Corporation for Housing built for us. We are now using that fund to do what we hope will be about 130 units over the next two and a half years. Most of those will be scattered-site, single families and duplexes on the south side.

AM: Have you remained focused on the census tracts around the hospital over time, or you are seeing this expand?

GW: We originally started in just one census tract just south of the hospital. We are now in seven or eight census tracts that are all very close to the hospital’s main campus.

AM: How is the city of Columbus involved with these efforts?

GW: Second only to the hospital, they are our largest contributor in terms of funding to get projects done. In addition to NSP, we draw down HOME funds for rental construction and unrestricted city bond funds. Those funds fill a lot of gaps for us in order to complete housing.

AM: How do these efforts relate to the goal of improving social and economic determinants of health and addressing blight?

GW: It depends on who you ask. Our goal is to improve children’s health. We have some preliminary data that we’re hoping to release later this year that shows that children from the geographic areas in which our housing is built are going to the emergency room less frequently and spending less time in the hospital for inpatient stays. However, the data shows that those less frequent visits are marginal. We’re not tracking the health of individual folks living in just our housing; we haven’t done that and we aren’t doing that. It is hard to say how much of an impact our housing has had on individual people. Right now we are only measuring at the neighborhood level.

AM: What protections are in place for tenants for rent and affordability levels?

GW: First, we have leases that prohibit us from raising rents on people except for once a year when their previous lease ends. We do raise rents 2% every year because expenses go up every year. We’re not making any money on this, but at the very minimum, the we don’t want to lose money. Rents tend to go up about $15 to $20 per month per year. For the units where we have taken HOME funds from the city that come from HUD, there are very specific terms for the maximum allowable rental rate.

AM: What role does the CDC play as a partner?

GW: The CDC has been vital to our success. They were doing some housing work in 2008 before this even started and I think that what attracted the hospital to them is that they have an expertise in this field.

It’s not just, “Here’s your free food and you can leave now.” It’s, “Hey, how are you?” There’s a relationship. It’s through that relationship that they’re able to understand clearly what folks in this community need and desire. When the hospital formed this relationship, they brought a lot of validity to our work.  I can tell you in 2009, when I was knocking on people’s doors, trying to get people to sign up for our home repair program, I had a lot of people tell me to get off the front porch. It’s only through saying, “Hey, I work at the CDC” that folks were more trusting of who we were.

AM: We’ve touched on some of the data and metrics that you’re currently tracking. Is there other data you would like to be tracking in the future to help with decision-making?

GW: That’s a really good question. I’m sure there’s something I would like them to be tracking, but I rely very heavily on the hospital’s research team to figure that out. I’m more consumed with trying to get projects across the finish line, which is becoming harder and harder.

I’m more consumed with trying to get projects across the finish line, which is becoming harder and harder.

I think the hospital would love to be able to track other things besides children’s health outcome data. The hospital is in charge of the care of 300,000 Medicaid children in Columbus and the surrounding region, so we have access to this data. But we do not have access to the data for adults. It’s been really hard getting the adult systems to agree to that kind of shared data.

AM: What are some of the lessons learned since the program came into existence nearly 12 years ago?

GW: In retrospect, I wish we had acquired more properties before the private market decided this was the hot place to be. Things would be a lot easier for us right about now, but we became the victims of our own success and didn’t anticipate it would change so rapidly. There was a period of twelve months where all of a sudden housing had become hard to come by at the prices that we need to acquire things for. I wish we would have planned better when it came to that.

AM: Looking ahead, what are some of the longer term goals for the program?

GW: I mentioned that the Ohio Capital Corporation for Housing built a $15 million loan fund for us. We’re about halfway through the time period we have to spend those funds and the end is coming up very soon. I am worried we might not make it, knowing how long it takes to get a funding review by the City of Columbus and to get other partners to come together before you can actually go build something. It’s become a mad dash.

Gretchen West serves as the Executive Director of Healthy Homes, a nonprofit housing organization and collaboration between Community Development for All People and Nationwide Children’s Hospital. The goal of Healthy Homes is to provide high-quality, affordable housing throughout Columbus, Ohio. Gretchen leads the housing team responsible for managing the homeownership, rental, and home repair programs. Since 2008, more than 375 housing units have been improved, representing an investment of $33 million. Gretchen has been with Healthy Homes since its inception, starting as an AmeriCorps VISTA worker. Gretchen earned a bachelor’s degree and a Master of City and Regional Planning from The Ohio State University.