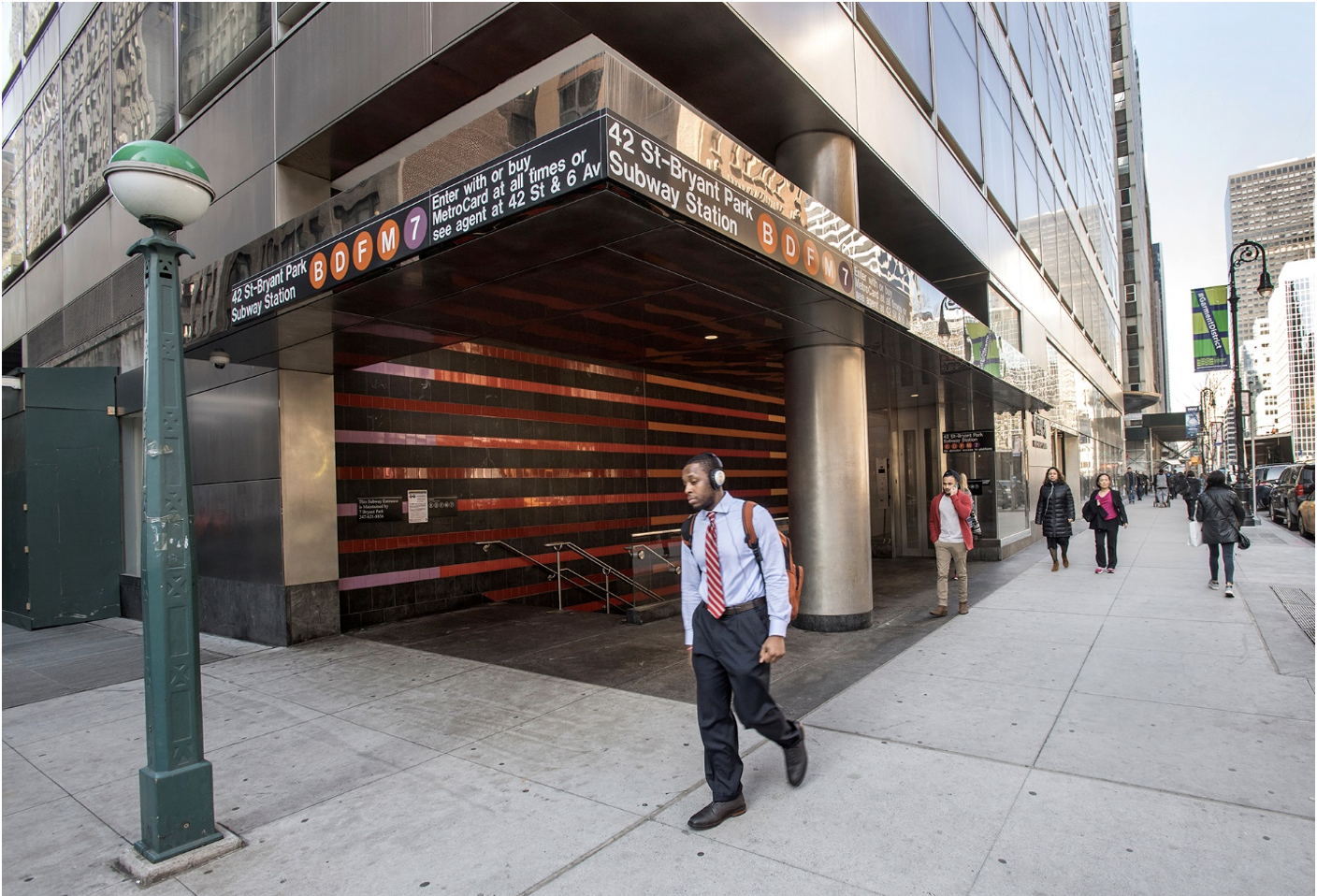 Zoning has generally promoted automobile use by requiring developers to finance and construct parking. But zoning could also be used to enhance transit mobility, incentivizing developers to help relieve congestion around subway entrances and improve station accessibility.

Zoning once facilitated the age of the automobile; today we can use it to enhance public transit.

There is historical precedent. New York City began to foster transit mobility with the Special Transit Land Use district, created in 1973. Mapped around the future stations of the Second Avenue Subway (as it was then contemplated), the district mandated that new developments provide an easement within their development footprint to allow MTA to later construct a new subway stair in conjunction with the new subway.

This concept was groundbreaking given the mid-century emphasis on land use and transportation planning based on automobile use. The City defended its new “underground zoning” as a public interest within the tradition of zoning powers. This connection was well understood when the subway system was constructed: developers sought subway entrances in their buildings rather than on the public sidewalk, and granted generous easements to the City through their property. As the subway aged and the benefits of less encumbered sidewalks and subway proximity were overshadowed by issues of maintenance and crime, developers viewed entrances negatively.

The City followed the Transit Land Use District with subway provisions in the 1982 Midtown Special Zoning District (subsequently expanded to high density commercial districts in Manhattan, Brooklyn and Queens), and the recently created Vanderbilt Corridor. The latter incentivized the developer of One Vanderbilt to construct and operate concourses, escalators and elevators connecting MTA’s three transit systems at Grand Central. These mobility improvements would have been prohibitively costly if initiated by the MTA, but are very straightforward during excavation for the new development.

We can build on these precedents. The mandated relocation of entrances from the sidewalk to within the development footprint should be expanded from high-density commercial CBD’s to all mid- and high-density districts, including residential districts. This would relieve sidewalk congestion, widen stairs and accelerate retrofits to provide handicapped accessibility (by requiring elevators in stations that are not yet accessible).

Applying these new requirements to areas served by elevated trains offers a design solution for access to platforms and mezzanines. Buildings adjacent to elevated lines are often close to platforms, precluding sidewalk elevators. Zoning should require either an easement within the development site to accommodate an elevator or a building setback.

The resurgence of outer borough markets provides an economic argument to broaden this requirement to neighborhoods that only recently might not have justified this expense. There will still be many mid-density communities with lower land values where the cost of an elevator may not be supportable. In those areas it may be more appropriate to require an easement only, with an elevator to be installed later by MTA.

With a few simple zoning moves, we can increase access to the subway citywide and improve the daily experience for our straphangers.

Robert Paley is Director of Transit-Oriented Development at the Metropolitan Transportation Authority where he oversees development of MTA properties and works with regional and local entities to promote better coordination between local land uses and transit. Previously, he developed residential buildings near transit for several private real estate companies.