Turning the Heat: An Interview with Will Sibia 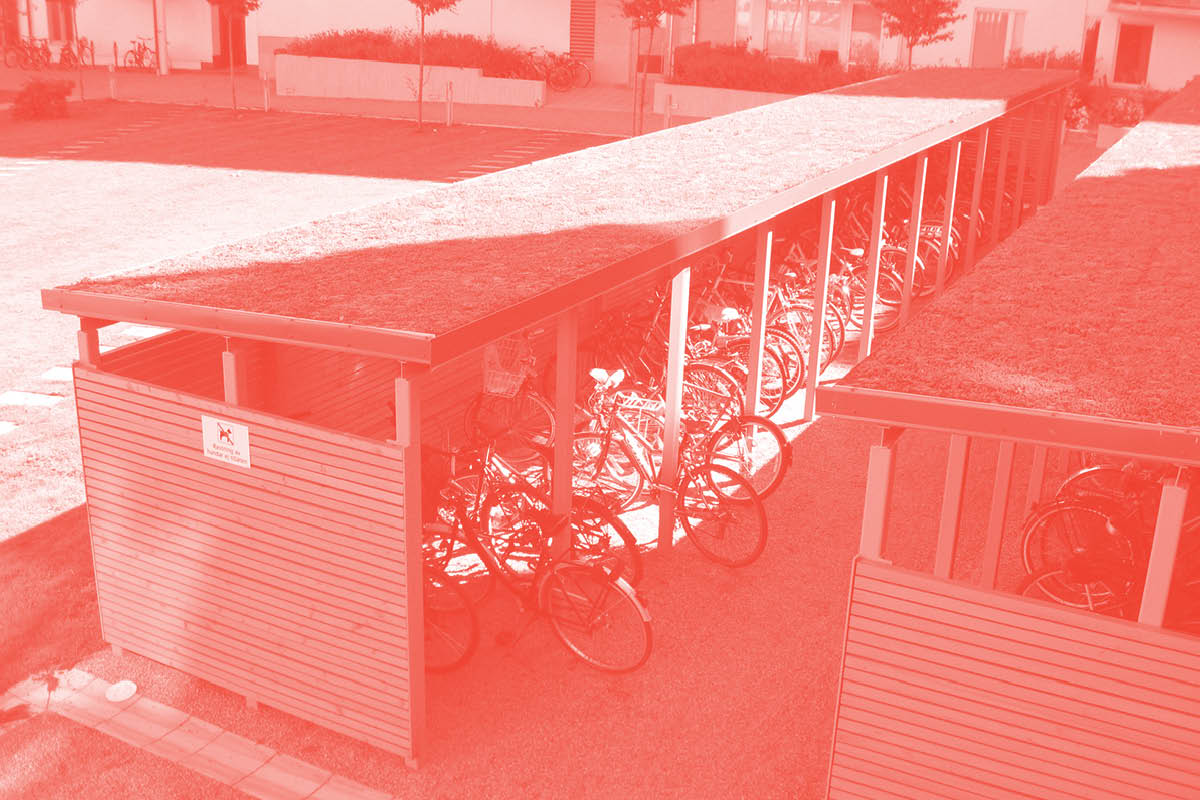 The following interview with Will Sibia, founder of Urban System and Co-Founder of Urban Tech Sweden, accompanies Circular Systems. Read the full set of Turning the Heat proposals and interviews here.

Michael Izzo: Can you describe what circular systems are? How have the Nordic countries adopted this approach? Is it a political or societal movement, or did some other factor lead to thinking in this way?

Will Sibia: The first time I was exposed to this kind of thinking was in the context of creating infrastructure that is very democratic, meaning that any infrastructure should be created for the majority of the population to be used. I did my masters program at Royal Institute in Stockholm, where I got in touch with the development of the Hammarby Sjöstad Lake District in Stockholm and learned about how they started to think about converging waste, water and energy. One of the most striking things was that since it was socialistic system and society, equality was ingrained. Instead of making infrastructure that looked good or would allow a certain section of population to use the maximum amount of infrastructure, which is seen a lot, they started investing in infrastructure that will be used by the maximum number of people. When you do that, you allow the majority of the population to use the maximum of all infrastructure you create, so the bottom pyramid of a society has access to the best facilities and when the bottom of the pyramid lifts up, the whole society lifts up. 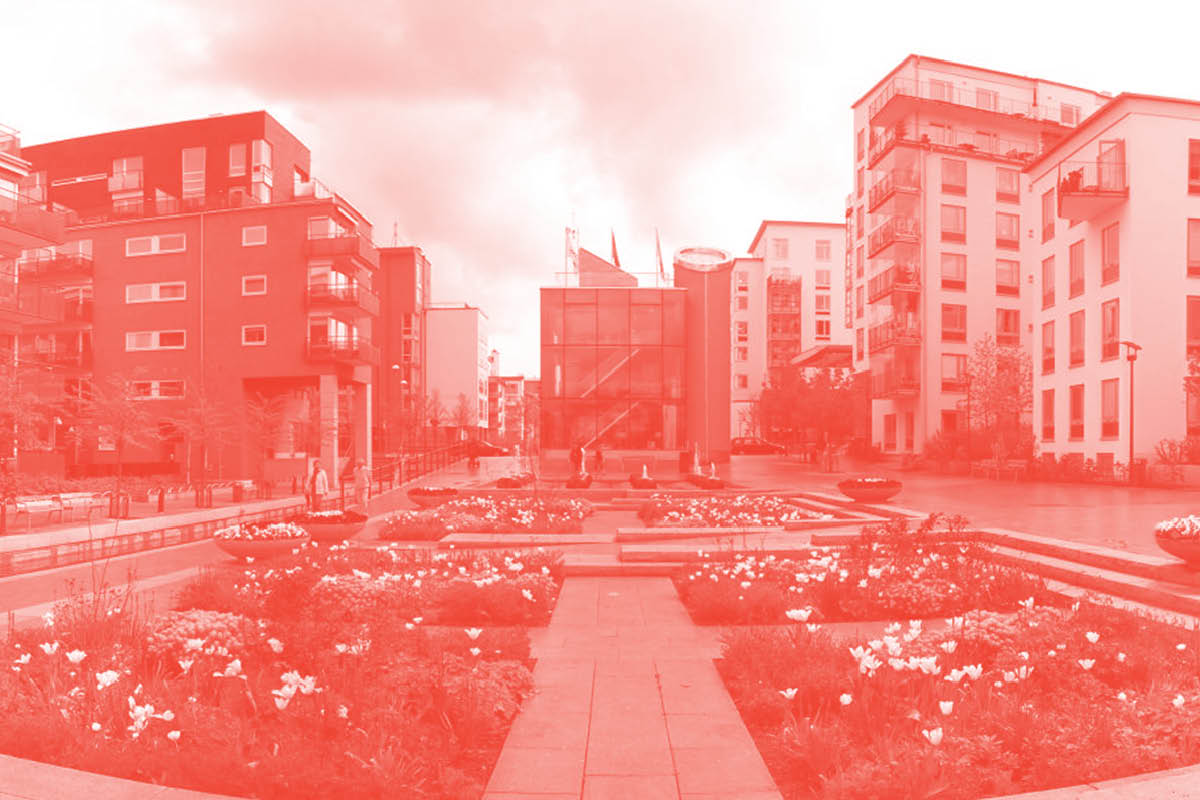 MI: What are the key elements to embarking on a more circular approach? Does it happen at the design phase? Do we need capital pressure, legislative pressure?

WS: When it comes to infrastructure, unfortunately, regulatory requirements or political will is the key. Of course, it’s sort of a chicken and egg story. Political pressure will come if the market or the people are informed enough to drive the politicians to meet that goal. But in the end, creating a new type of infrastructure will require massive political will and support from the regulatory side rather than the market. We’re seeing some of the market drivers that can influence that. But it is still driven mostly by the public sector segments in the society.

MI: Currently, we have the capital pressure, the legislative pressure, and it seems like we have this societal pressure. What do you think the missing link is in order to truly enact change in the timeframes we are targeting, whether it’s 2030, 2040 or 2050?

WS: I believe that the two fundamental barriers are how we finance and how we procure. We have been using the same financial products and procurement methodologies for decades. The financial products do not take into consideration the procurement of the technology and the knowledge at the project level. This gap needs to end. The people investing in the projects should be aligned with the people who are procuring the project. They cannot say, “We will pass the risk on and whatever you do, it’s up to you.”

One of the biggest problems with infrastructure is also the early stage investment in infrastructure. That’s the most costly part of developing infrastructure. And that is because no one wants to spend enough money to create the feasibility of the techno-economic analysis. They only do enough so the capital markets can release the money and then the work starts. Whereas if you take away the intermediaries in the process, and the decision is to be made on the final outcome, and the capital markets’ decisions are based on this outcome, you will promote a more equitable infrastructure. Instead of having an economic outcome, then the outcome would be the positive effects on the climate, positive effects return on climate equity, return on reduction in carbon, return on reduction in air pollution. These things need to move up when you design the financial product.

MI: In the Nordic countries, have you seen a lot of other co-benefits that can resonate with the population itself? What has the communication or messaging been?

WS: There’s massive pressure from the public. The private sector, the occupants, and citizens are pushing the government and organizations to do more. There’s a lot of communication, and sometimes over-communication that ends up greenwashing rather than creating action. That’s the other side: everyone starts over-communicating because that’s the right thing to do, rather than actually taking measures. But communication has not been a problem in this part of the world.

MI: Are circular systems held back by incumbents, such as energy providers? Are they barriers or they have adopted this strategy as well?

WS: In reality, the energy utility companies will lose by adding more renewable energy in the system. The total infrastructure has not been made for decentralized energy production; it’s made for large scale energy production and distribution. It’s a very linear system. That’s why the uptake of renewable energy is not as significant as it should be. From the communications point of view, the existing utility companies are highlighting and marketing every little advancement and investment in renewable energy, but in reality, they’re not as proactive as their marketing would indicate.

MI: In circular design, where’s the innovation coming from? What are the best examples that you’ve seen lately on the leading edge of this?
WS: We have seen very good, small scale districts getting made in Holland and in Denmark. Even in the UK, they are making a small community that is consuming what is being produced on site.

If you go back 200 years ago, that’s how we are supposed to live. Everyone was circular. Just take the oil out, take the external energy source out, you will have to be circular.

MI: How do you think places like New York City, which are very financially outcome driven, turn to a more circular approach? We have old infrastructure that keeps getting repaired over time. How do you get over the financial hurdle in order to replace the infrastructure to something that’s more equitable?

In a way, New York has all the right ingredients to be able to transform itself because it’s a service economy.

In a service economy, the key ingredient is human resource. And that resource New York is already sitting on. If you combine innovation, human resources for less, and a common vision, the transformation can be done very easily. And once you start moving towards transformation, so many more people can operate in such a small footprint and produce such a large transactional volume in terms of the infrastructure required. Imagine if you started consuming with the same mindset and using the transportation system with the same mindset, then you have a super sustainable mega city.

MI: What do you see as the next chapter in sustainability and circular systems?

WS: It’s very hard to comment on where it is headed. But the majority of technological innovations in recent times have allowed the bottlenecks between consumption and production to be eliminated. Uber has allowed people to use cars more. Amazon has allowed people to consume more. Apple, Samsung, and these companies have allowed people to start relying on more gadgets, food, transportation services the same with the content. We’re living in a world where the consumption has increased manyfold. I think we need to come to the realization that we have to accept the biophysical limits of the boundary at the country level, city level, planet level — whichever level — and limit ourselves to that and create systems to allow that. For example, you can have dynamic pricing. The more you consume, the more expensive it will be. You can have the bottom of the pyramid have the best of the infrastructure at the least cost, but in dynamic pricing, the more you use, the more you have to pay.

MI: I know Sweden had a carbon tax back in the 90s, which really didn’t work. Is there an example of what worked in lieu of a carbon tax, whether it’s supply and demand pricing or dynamic pricing or something else?

WS: Yes, there’s actually a very good example. The road tax in Stockholm is dynamic during the peak hours or predicted peak hours, and if more cars are coming you have to pay more. During the vacation periods when people don’t want to go to the city, the tax reduces. Instead of just jamming the road, maximizing the stress on the infrastructure, and creating the loss of time from many people, either you don’t go into peak hours or you take public transportation only and not use the car. This could be done in public transportation as well, during the peak hours versus in the day when it’s empty. Why do people have to pay the same amount during the peak hours? This model has been evaluated for many cities and how they create the infrastructure.

MI: That makes all the sense. Basically, limit the amount of use of the physical infrastructure we have today. It has its limitations. We just keep trying to push it more and more as time goes on.

MI: It comes back to the utilization rate that we’ve talked a lot about. Offices are occupied during the day and not at night and residents are the opposite. Utilization of your vehicle is something like 2%. We have a lot of infrastructure that hardly gets used.

WS: Exactly. Imagine you start creating an equity for that and creating a business model that has a cost for that. Imagine taxes. You only pay tax on how much you use. So if you use more, you pay more. I mean, imagine schools and university that sit empty for half the year. Such big buildings, so much infrastructure sitting there.

MI: Given your experience in the New York market more recently, what lessons learned or advice would you provide to others struggling within a very linear economy with many incumbents who believe infrastructure change would be too difficult and too many obstacles?

WS: For most people change is always difficult. No one likes change. But persistence, perseverance, and patience is the key. You can’t be impatient. You can’t say that this is too hard if you want to do it, and for the people who are not convinced it’s just a matter of time.

Will Sibia is a leading expert in sustainable development with documented expertise in successfully delivering high performing projects. Will has a solid understanding of asset management and strategic development planning and has delivered projects in Australia, Sweden, India, UAE, Lithuania amongst others. He is certified and accredited in world leading sustainability evaluation tools. Will is developing collaborative ecosystems and systems thinking to implement sustainability strategies in businesses to deliver long-term dividends whilst maintaining the regular interests of all stakeholders. He regularly serves as a speaker and panelist on seminars and conferences focusing on investment and opportunities in sustainable development, circular economy, smart cities and digitalization.