Turning the Heat: An Interview with Nupur Chaudhury 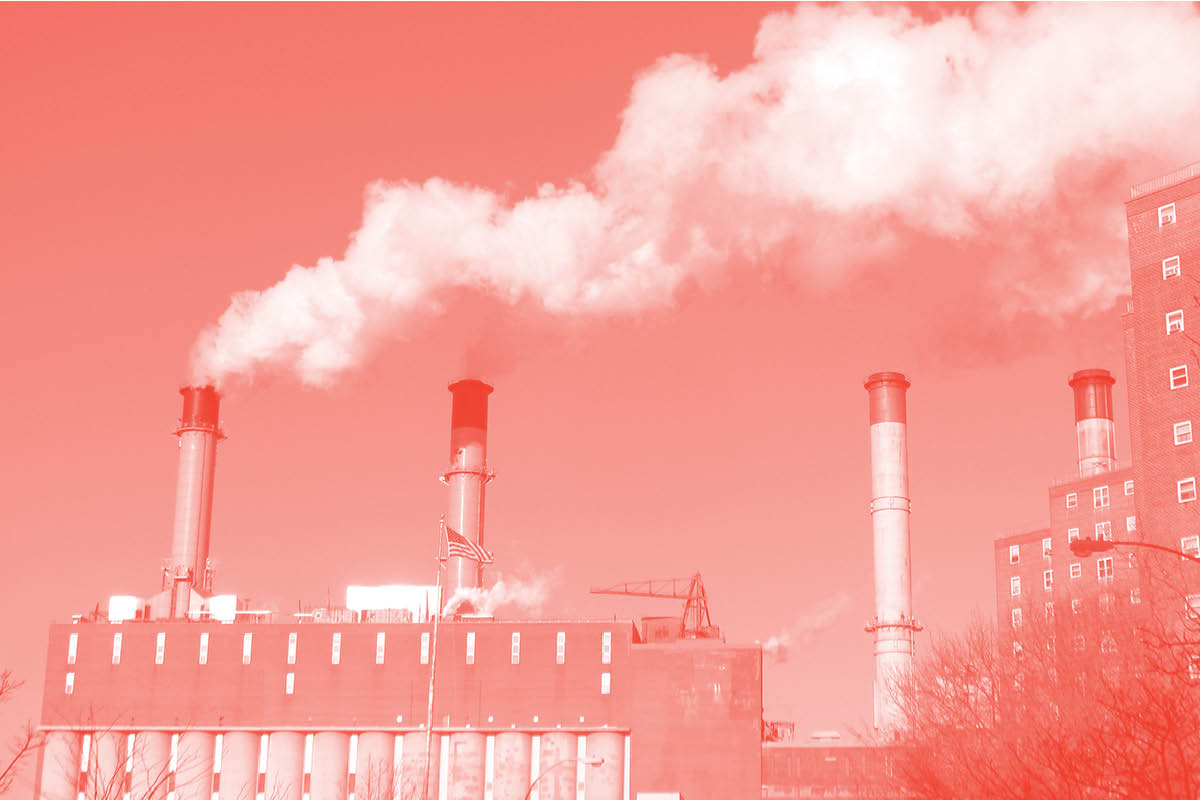 Catherine Joseph: In your current work, how do you bring together your expertise across urban planning and public health?

Nupur Chaudhury: I have a background in both urban planning and public health. For the past 10 years I’ve worked mostly within the New York, New Jersey, and Connecticut regions to think through the intersections of urban planning, urban design built environment work and how that affects health. In my current role at the New York State Health Foundation, I allocate funding to specific neighborhoods based on health disparities and also by identifying community based organizations that may not necessarily have a health background, but have a background and connection with specific residents, specific community organizations, and are able to leverage and organize in a way that health systems won’t be able to.

CJ: We have found that communicating among disciplines can be tricky, in part because people use different definitions of the same word. Have come across any sort of best practices for communicating across public health and urban planning?

When talking to people who are not health professionals, saying that where you live actually affects how long you live is a pretty dramatic statistic.

As a health funder, it is important to state that we know that health is defined very little by the healthcare system, and much more by all of the spaces and places where people live, work, play, pray, and spend time in general. Therefore, we need to be investing in other spaces, because we know that will get the biggest bang for our buck. I could say that in a completely differently way, but if you state it in the most direct way, I’ve found you get the most direct results.

Eileen Chen: Could you tell us about your work with the City’s Health Action Centers? What was the vision behind that initiative? 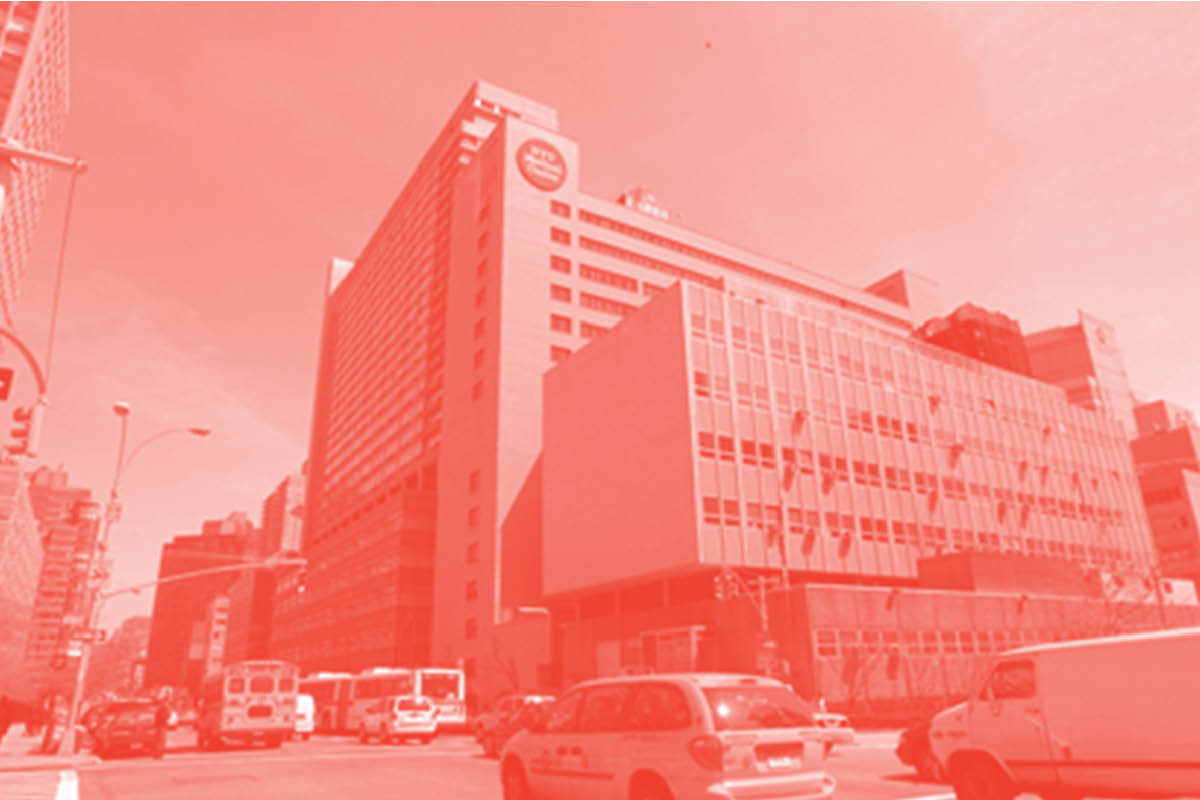 NC: Commissioner [Mary] Bassett, the former health commissioner, was really interested in reactivating buildings owned by the Health Department across the city to provide a space for co-location, so that the Health Department could work shoulder-to-shoulder with key community-based organizations and provide a space for residents to utilize the building in certain ways.

We completed an analysis of the location of these buildings and found that the buildings that weren’t being utilized to their highest and best use were in the neighborhoods that had the lowest health outcomes in the city. There was also an opportunity to be working on health in different ways. The buildings were in the South Bronx, East Harlem, and Central Brooklyn. The Health Department had District Public Health Offices (DPHOs) for specific regions, and each DPHO had a specific focus. Central Brooklyn at that time was focused on maternal and infant mortality. East Harlem was focused on asthma. The South Bronx was focused on teen pregnancy.

In addition to co-location, what would it look like if, within the lease agreements providing subsidized rent for these community-based organizations, we made it a requirement that folks had to work together to develop a health priority plan for the neighborhood?  And how do we measure success around that? So, for 18 months, I was part of the team that got funding from the Mayor’s office to explore this.

We opened up one of the Health Action Centers in Harlem, one in the Bronx, one in central Brooklyn. There are plans to open more because there are a couple more buildings. I think it’ll depend on the city administration.

It was an approach to health that asked what it would look like if the government, federally-qualified health clinics, nonprofits and community members collaborated to achieve specific health outcomes.

CJ: It sounds like those goals were similar to the state’s goals with DSRIP, which we know was recently denied an extension by the federal government.. For those who may not know, could you explain how DSRIP worked?

NC: DSRIP, which stands for Delivery System Reform Incentive Payment, was a pilot program that included New York State and a few other states across the country.  The overall goal was rethinking Medicaid.

The way that the health system is set up here in the US, every single time you walk through the doors for medical care, a physician gets paid. The goal was to rethink that incentive of the per visit payment, because every single time you walk through the health systems doors, it means that you are still unwell, you still have that diagnosis or you have a flare up of the chronic disease you were treated for the last time.

To set up DSRIP, they identified hospital systems across the state to serve as the PPSs, the Performing Provider Systems.  Each PPS had to make a decision about what aspect to focus on during the life of the DSRIP program. For example, the focus might be reduced emergency room admissions related to asthma flare ups or reduced emergency room admissions related to chronic diabetes care. The PPSs were encouraged to work with nonprofits and community-based organizations that could support their goals—that was a very, very, very progressive and different approach.

The state encouraging that collaboration through DSRIP was a huge step toward acknowledging the influence that community-based organizations and nonprofits have on health.  DSRIP also provided the ability to pay those nonprofits for the health-related work that they were doing. Usually NGOs come to someone like me, a program officer at a foundation, for funding. To get money from a health system to be able to do that work was pretty awesome.

CJ: What were some of the issues with DSRIP, that we know at this time?  Could it be adapted in another form in the future and what adaptations would make it particularly attractive?

NC: A challenge for a large-scale program like this is determining how to measure impact. In this case, they were trying to figure out whether or not they could reduce the utilization of emergency rooms. Inherently, that means patients must be tracked, and you need to have a strong level of data management.

When health systems started approaching community-based organizations and asking a lot of questions—”I understand that you guys are running an exercise program. How many people come? Where do they live? How often do they come? Are they repeat exercisers taking their vitals?”—the community-based organizations were not prepared and didn’t have the capacity to have that information before receiving money. Nor did they receive the funding that was needed, at the speed that it was needed, to build the capacity to be able to provide that data. Nonprofits and community-based organizations felt that although their work in public health had been identified, they were still not being provided the resources that they needed to do the work.

Nonprofits and community-based organizations felt that although their work in public health had been identified, they were still not being provided the resources that they needed to do the work.

The clearest example of this is God’s Love We Deliver, a large nonprofit that provides meal delivery services throughout New York City. They were able to build up their database management system and essentially build out a DSRIP team. And they still couldn’t get on a contract with a PPS.

Eileen Chen:  We have learned about a long-standing working partnership between Mount Sinai Hospital and Little Sisters of Assumption (LSA), a nonprofit that works in East Harlem, where specific departments at Mount Sinai can direct funding to LSA, which does work such as retrofits and repairs in the homes of asthma sufferers. Does this kind of partnership sound atypical to you?

NC: I don’t think it’s atypical, but it is not the norm, which is a challenge. Sometimes it happens but it’s not a requirement. How partnerships are funded and how they are implemented is piecemeal.  When it does happen, it is because the health system decides it is something they would like to pursue for a specific reason, not because it is something that health systems see as their charge to do.

Even when you do have a certain percentage of required action or investment in the community, there isn’t a lot of regulation around how effective that investment is. Is a community health center more effective than an outreach program around stroke awareness, for example? There isn’t a lot of data on that. For DSRIP, one of the exciting aspects was that they had to show how the investment was improving health outcomes, how much it was changing the numbers.

Amritha Mahesh: We came across quite a few examples of healthcare providers partnering with or forming development subsidiaries. Do you think that type of model would work in New York City, given the challenges with land availability and acquisition costs?

NC: It’s an entirely different scenario in New York City. There is a conversation happening nationally asking how hospitals can act as anchor institutions in neighborhoods. That conversation is largely absent from New York City because of the sheer density of the city.

But that conversation is really interesting.  It helps us to start asking, “Okay, if we are the largest procurer of food, what are ways we can be more responsible around what we’re purchasing? If we are the largest employer, if we were to do work around worksite wellness, the effect in the neighboring communities is completely different than if we were just one employer out of many.”

Nupur Chaudhury is a bridge builder and translator in the fields of urban planning and public health. She has led coalition building efforts after Superstorm Sandy through her work with the Rebuild by Design competition, redeveloped power structures in villages in India through the Indicorps fellowship, and developed a citizen planning institute for public housing residents in Brownsville, Brooklyn. Her work has been featured in the American Journal of Public Health, CityLab, National Public Radio, and the National Academies of Science, Engineering and Medicine.