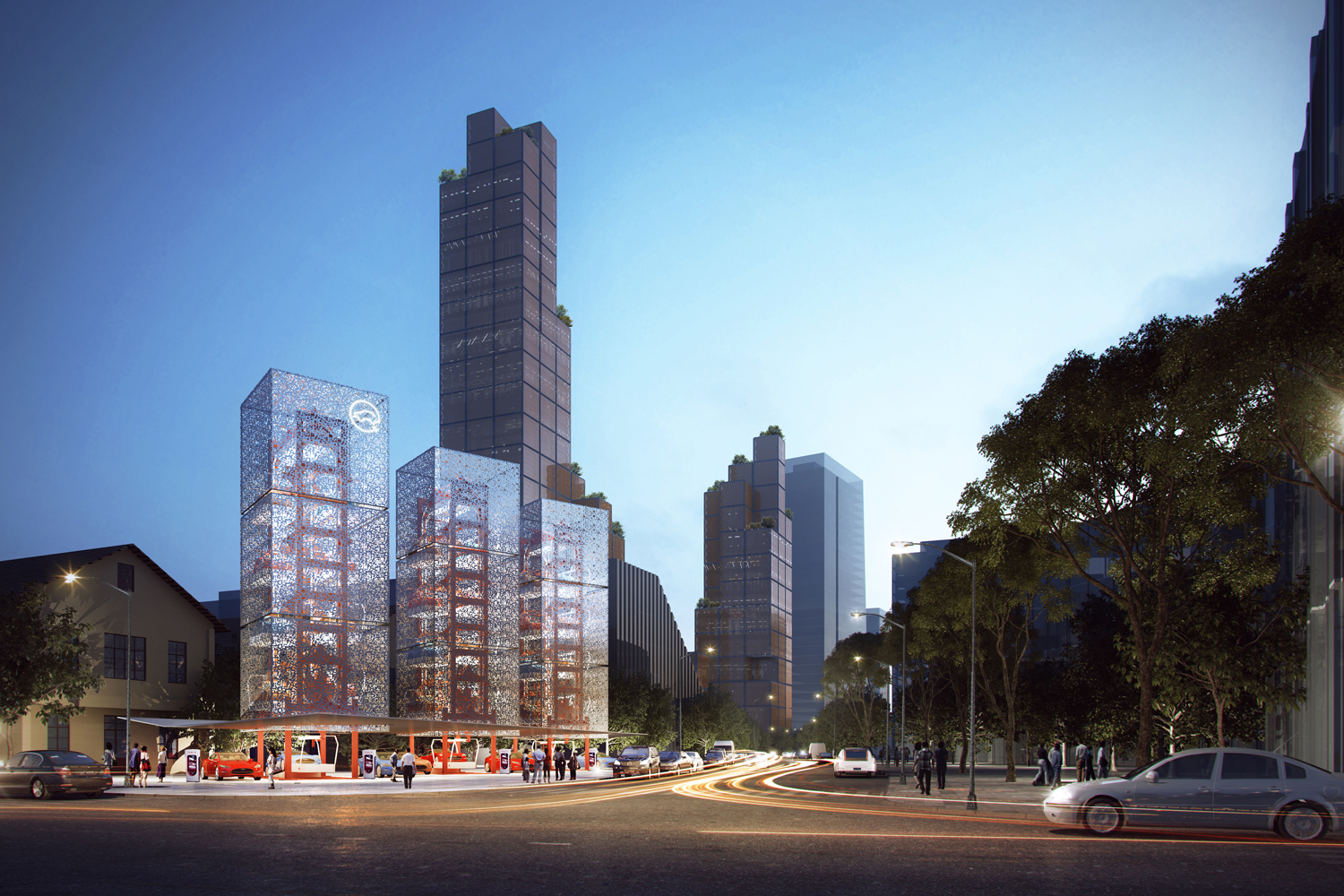 With the continuing evolution of electric and driverless car technologies, might we be in store for a new golden age of “roadside” architecture and infrastructural design? Transportation technologies are changing how we drive, store, and power vehicles. What opportunities do these new technologies represent for urban design?

Charging an electric car currently takes considerably longer than filling up a car at a gas station. At present, there are two primary options for charging an electric vehicle: a super charge or a standard charge. A super charge utilizes both alternating and direct current simultaneously to provide a vehicle with over 100 miles of charge in only 25 minutes, most often used by drivers who need the extra miles to get to their final destination. The standard charge method takes up to five hours to achieve the same level of charge. Many electric car owners charge their vehicle at night while at home, but drivers sometimes need to re-charge while out in the city. This begs the question: what should drivers do while they are held captive?

Electric and driverless cars are on the way-it’s time to rethink our gas stations as new civic space.

There is an incredible opportunity to re-think the “gas station” as an essential and contributing component of our communities… as a true civic space. Assuming that drivers would be looking to be entertained, fed, and placated while their car is charging, could the charging station become an incredible commercial and cultural opportunity? Store owners and developers would certainly find value in this proposition, but museums and other cultural venues could also see opportunity with such a captive, public audience. It is a rare design opportunity when we know that people are guaranteed to be at a given location for a set amount of time.

We have developed a concept for an electric car charging station in a new urban development. In order to accommodate both a small, urban, pedestrian-friendly site and to maximize the number of cars that can simultaneously utilize a standard charging system, we combined existing charger technologies with existing stack-parking technologies to create a charging tower. At ground level, super charge stations are housed beneath a lightweight canopy. Parking towers above are clad in a reflective, perforated metal, creating a beacon for those searching for parking and car charging. 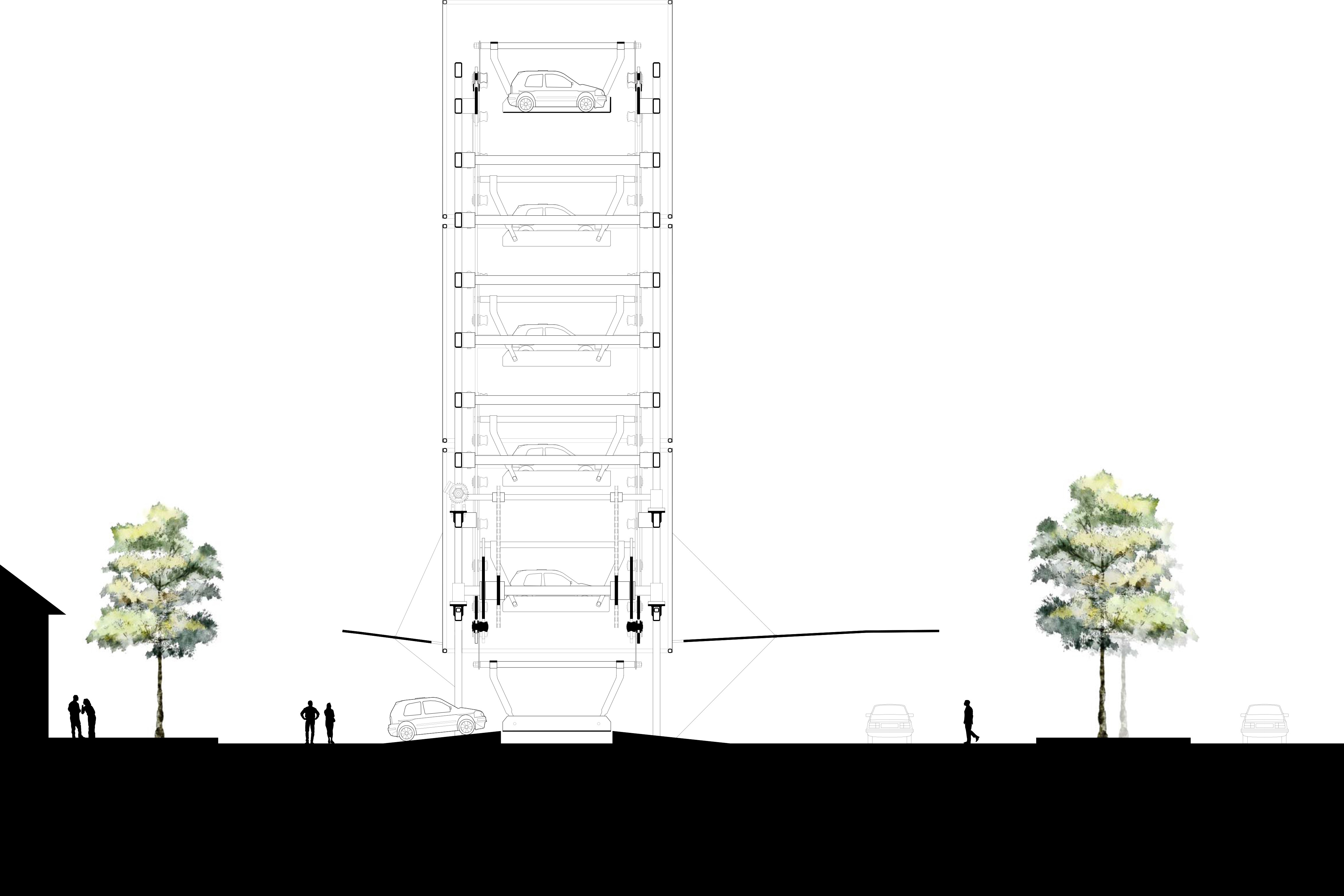 This is not a new idea — our design utilizes a century-old method for stacking cars on a vertical carousel. It confronts the challenge of the charging station in dense urban areas, where large number of cars must be supported in a small footprint. As more electric cars traverse our roads, the need for additional charging locations will increase. For cities and other sites of dense car traffic (such as rest stops, major interstate exchanges, etc.), a vertical solution will be necessary.

Our prototype envisions the “gas station of the future”: an architectural beacon reflecting the cutting-edge nature of new automotive technologies and recalling the early optimism of the automobile age.

Andrew Burdick is an Associate Partner at Ennead Architects and the Director of Ennead Lab, the firm’s research and design advocacy initiative.