The Role of the Critic 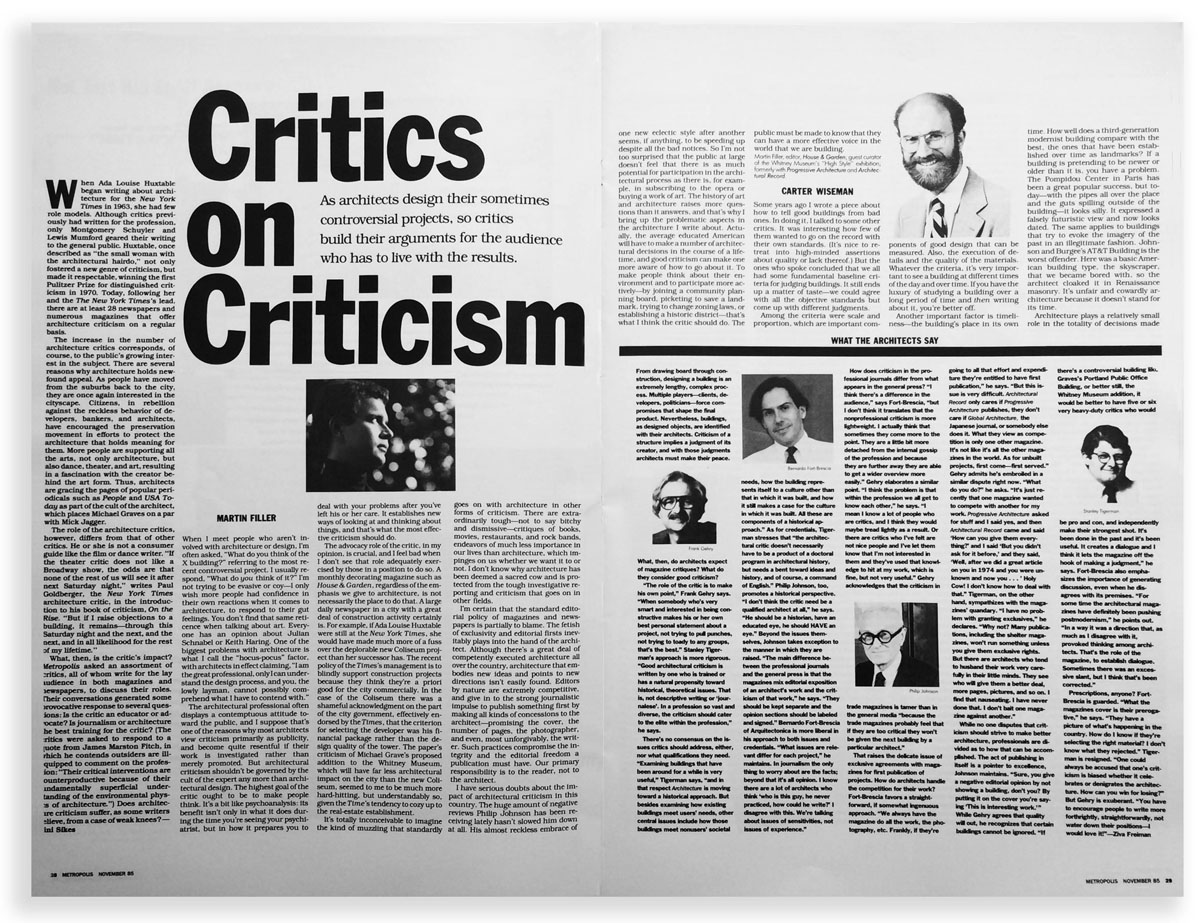 David Grahame Shane and Michael Sorkin address the role of the architecture critic in the age of Trump and the foreclosure of public commissions.

“Architectural criticism is not important as there is so little architecture of quality produced today by large firms or clients to consider. Look at Hudson Yards or the World Trade Center, and weep. The profession is BIM-ed and value-engineered to death. Public commissions and competitions that once gave openings to critics and young firms have disappeared along with small bookstores and magazines.

Chat rooms and the academy remain as hermetic critical fortresses with their own private codes and handshakes. Sadly public intellectuals and critics are a disappearing breed, dying off in the new architectural ecology, occasionally spotlighted by museums as avant-garde and remote insights.

It’s not a pretty picture, but surely in the future people will regain a sense of shared communities in the city and countryside and a new breed of architectural critics and architectural practice will re-emerge.” – David Grahame Shane

“The critic’s duty is resistance! As the country careens toward full-on fascism, its environment assailed and warfare looming, we must defend the social architectures of civility and not lose ourselves in the artistic weeds. A critic who fails to assail Trump, supports him.” – Michael Sorkin