The Forum Announces Transitions in Board Leadership 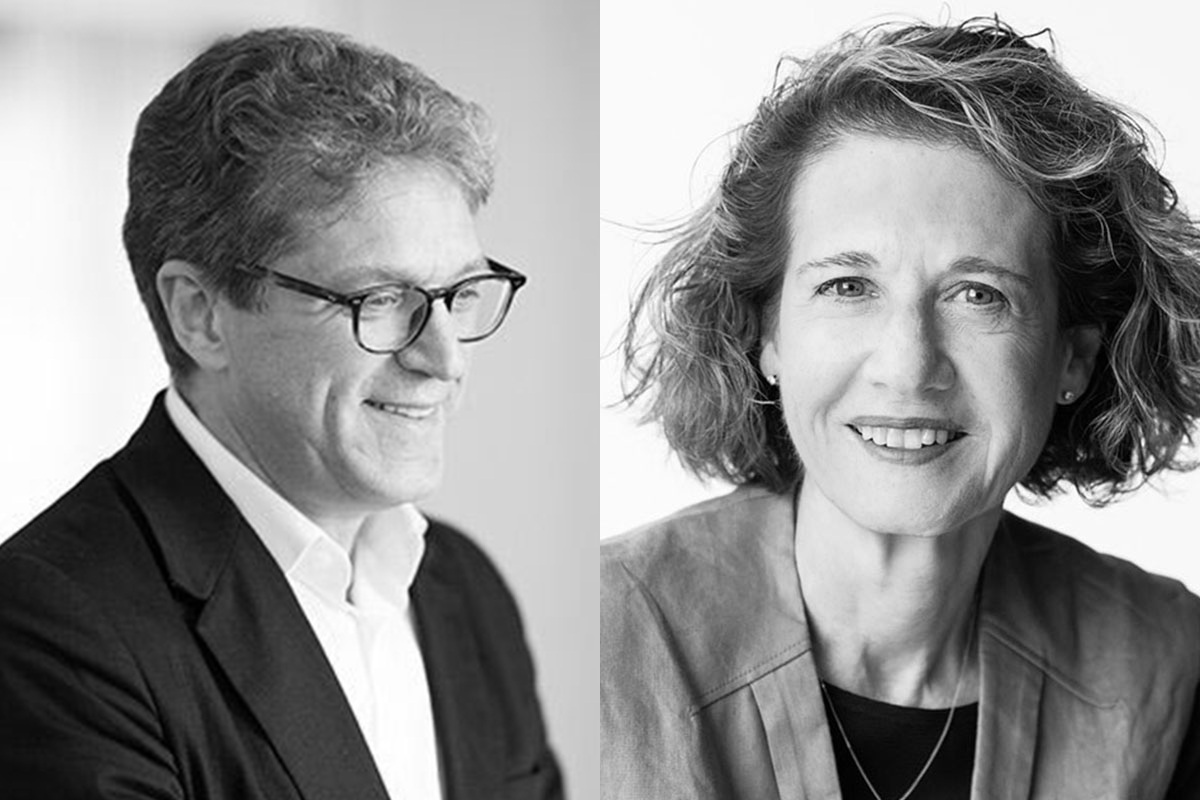 Jamie became a Fellow of the Urban Design Forum in 2006, was appointed to the board of directors in 2015, and was elected president in 2017. Mr. von Klemperer is President and Design Principal at Kohn Pedersen Fox Associates where he began as a young architect in 1983. As President of the firm, he is responsible for leading the staff of 750 people in 10 offices around the world. A major focus of Jamie’s work has been to heighten the role that large buildings play in making urban space. He has explored this theme in major projects in Asia including Plaza 66 and the Jing An Kerry Center in Shanghai, China Central Place in Beijing, and the 123-story Lotte World Tower in Seoul. In New York, his design for One Vanderbilt, Midtown’s tallest tower, links directly to Grand Central Terminal.

“As the chair-elect, I look forward to promoting the values of open intellectual exchange and progressive thinking that Dan Rose championed,” said Mr. von Klemperer. “I will be working to support Margaret in her emerging agenda–her vast knowledge of our city, her focused energy, and her generous spirit will take the Forum to new heights.”

Margaret Newman became a Fellow of the Urban Design Forum in 2008 and was appointed to the Board of Directors in 2018. An architect and urban planner, Margaret Newman, FAIA, joins Stantec in May 2021 as the Mid-Atlantic Practice Leader for Urban Places and Smart Mobility.  Most recently she led her own consulting firm More Urban, advising on design, urban planning, site development, mobility and transportation projects. Prior to her work at More Urban, Margaret led the Integrated Planning team and Cities Practice at Arup, NY. She served as Chief of Staff for the New York City Department of Transportation under Mayor Bloomberg and Commissioner Sadik-Khan, where she directed major agency projects including the capital construction plan for Times Square. She developed NYC’s first Street Design Manual which was instrumental in setting consistent design standards for the City’s streets.

“The Forum is perfectly positioned to help realize an equitable recovery and develop plans for the future,” said Ms. Newman. With our collective expertise in guiding, designing, and imagining a better built environment and public realm, we have a great deal to contribute to the current conversation.”

“Jamie and Margaret together are a dream team,” said Daniel McPhee, Executive Director. “Through their deep experience in New York City, across the country, and around the world, I believe the Forum will be brighter, bolder and better connected than ever before.”

Jamie von Klemperer succeeds Daniel (“Dan”) Rose, who will become chair emeritus. Dan is the chairman of Rose Associates, and founded the Urban Design Forum in 2005. He also was a board member and chairman of its predecessor organization, Institute for Urban Design. During his tenure as chair, the Urban Design Forum has grown to a community of 750 practitioners shaping a more dynamic and democratic New York City. His service will be recognized this fall with a named lecture, the Daniel Rose Lecture on Power & Politics in the Contemporary City.

About the Urban Design Forum ↓

Urban Design Forum mobilizes civic leaders to confront the defining issues in New York City’s built environment. We are an independent membership organization that empowers professionals of diverse backgrounds, industries and perspectives to shape a better future for all New Yorkers. We investigate complex challenges facing the city, study alternative approaches from cities around the world, and advance progressive strategies to build a more dynamic and democratic city. During the pandemic, Urban Design Forum launched a community design response in partnership with the Van Alen Institute to assist hard-hit communities access technical assistance to safely reopen and recover.