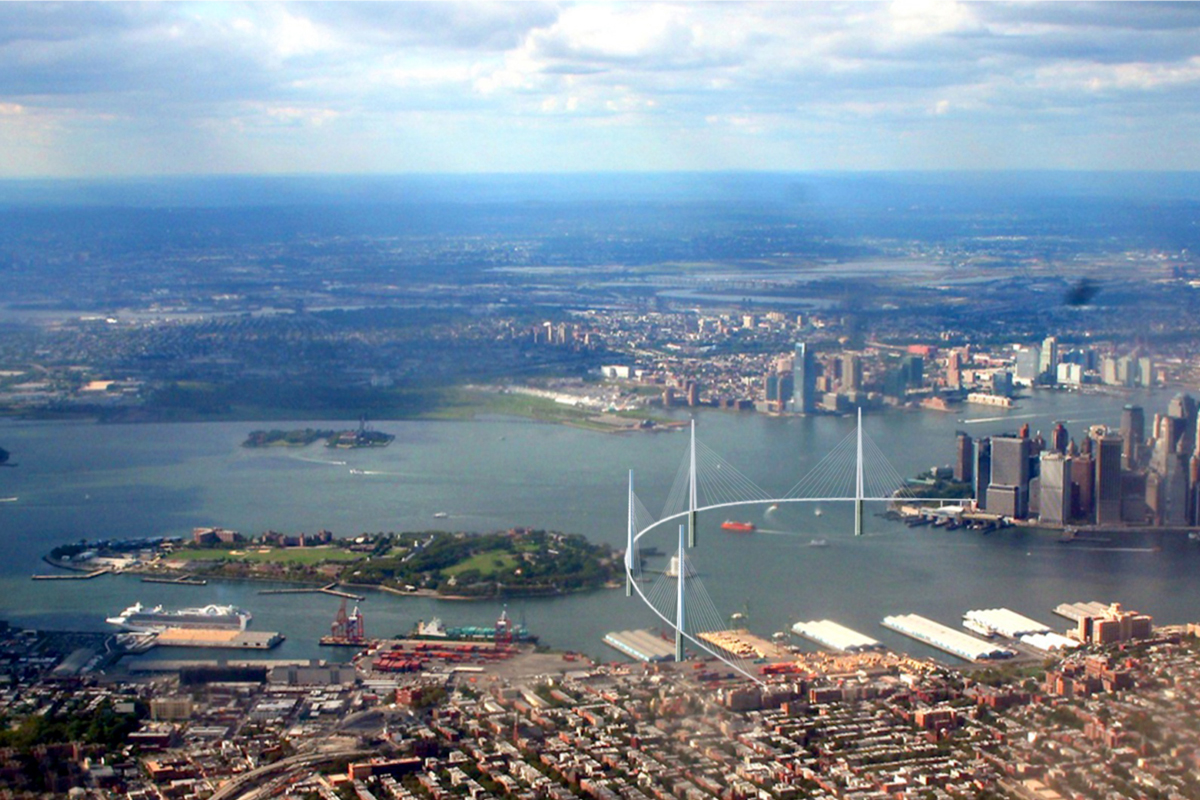 The popularity of cycling in New York is booming: 750,000 New Yorkers now ride a bicycle regularly and about 86,000, 2.5% of the city’s commuting residents, typically bike to work or school . Although this growth is encouraging, it is constrained by the limits of our existing infrastructure, especially on the East River Bridges.

The bike paths over the East River have experienced a 132% growth in usage over the past decade, but little to no increase in capacity. The Brooklyn Bridge Promenade is experiencing the most acute congestion, earning the moniker “Times Square in the Sky” for its intense concentration of tourists, cyclists, and others all crossing the river. However, the Manhattan Bridge also shares significant capacity issues, having experienced a 25% growth in cycling from 2011 – 2016, the fastest growth of the East River bridges in recent years.

We’re headed for ‘bike-lock’ on the bridges to Manhattan. We need new capacity now.

As the city grows by another one million residents by 2035 congestion will only worsen. The tremendous development along the waterfront in Brooklyn and Queens, Jersey City and Hoboken, and the increasing popularity of ‘active transportation’ is bringing our infrastructure to a breaking point. Should cycling’s share of work-trips to Manhattan increase from the current 0.5% to 3% (Portland, OR already sees 6%), congestion on the bridges would reach conditions of bike-lock: ultimately many would be forced to walk their bikes.

While we applaud the city’s efforts to relieve overcrowding by increasing the capacity of the Brooklyn Bridge Promenade—including one proposal to double the width of the mid-span between the two bridge towers—it is not enough. We propose the construction of three new bridges to Manhattan—from Brooklyn, Queens, and Hoboken/Jersey City—to accommodate this surge in cycling and to serve new desire paths for non-motorized travelers.

We estimate that the construction of these bridges would cost $250 million each. This could be one of the most efficient investments the city could make per trip, not to mention the health benefits and the reduction of our carbon footprint. It’s not too early to begin planning for new river crossings to serve cyclists and pedestrians; we need to invest now so as not to stifle the continued growth in cycling. Each of these bridges could be possible for about the cost of the High Line, except these would actually go somewhere.

Sam Schwartz, a former NYC traffic commissioner, is CEO of Sam Schwartz Engineering, and a columnist for the Daily News. His most recent book, Street Smart: The Rise of Cities and The Fall of Cars received critical acclaim. His next book, Driverless Cars: The Good, The Bad and The Ugly will be released in 2018.

Gerard Soffian is an adjunct professor at NYU Tandon School of Engineering and works on Vision Zero for the Institute of Transportation Engineers. Gerard retired from the New York City Department of Transportation where he served as Deputy Commissioner for Traffic Operations responsible for installation of over 250 miles of bicycle routes.