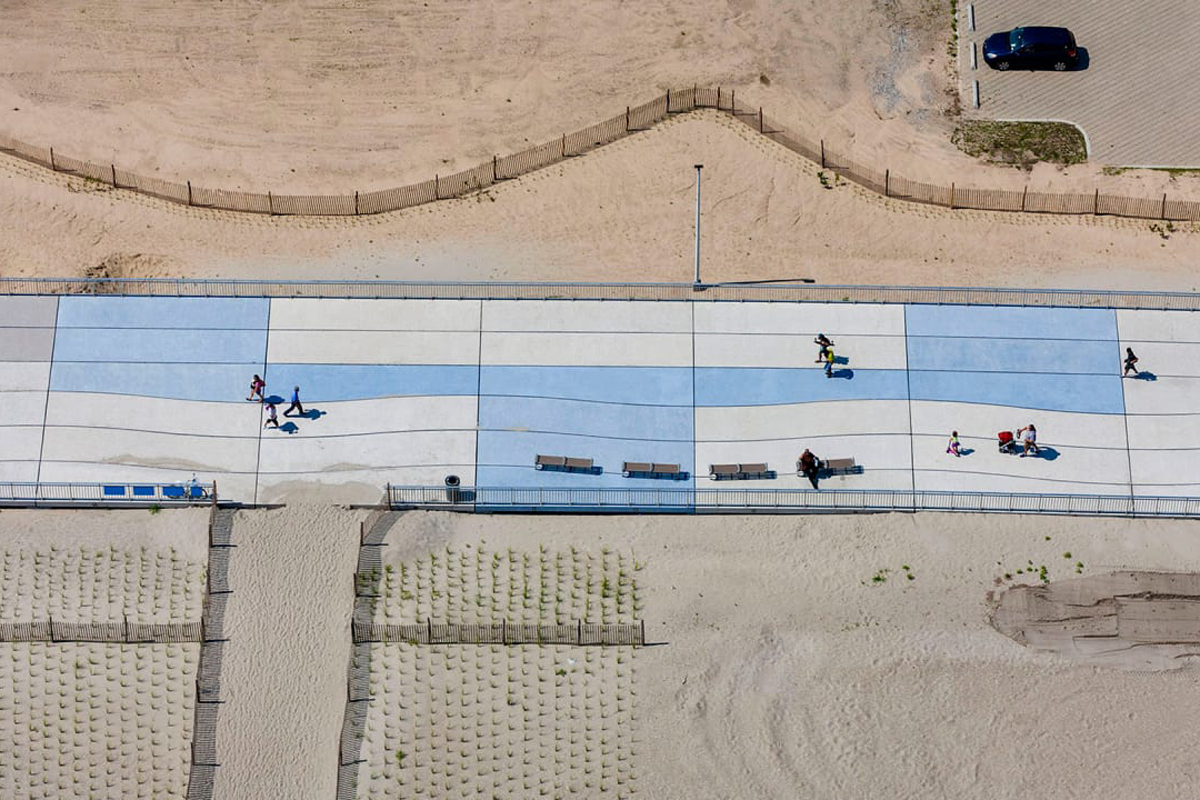 “The total scale of the loss was great; in New York and New Jersey, 182 people died, and the Northeast coastline sustained $65 billion in damages.

In the months afterward, the Department of City Planning presented a guide to storm-proofing buildings. A little more than a year later, the Department of Buildings released building codes for new residential construction and apartments over five stories to make it easier for people to stay in their homes in the event of a severe storm. Architecture for Humanity and AIA New York rallied designers to help with relief efforts, and Garrison Architects was just one firm to answer the call to action. The architects, known for sustainable modular buildings, erected a prefabricated emergency housing prototype in downtown Brooklyn that still stands today…

All along the city’s 520 miles of coastline, new dunes, bulkheads, and sea walls are intended to prevent the catastrophic flooding that characterized Sandy. Even with the latest interventions, is New York City really prepared for another superstorm?

While offering hope for a more resilient future, new climate projections sow doubt on the city’s viability over the next century and beyond. A new study from the Proceedings of the National Academy of Sciences suggests that floods that with a high-water mark of 7.4 feet could hit the city once every 25 years, and the same level of floods could come as frequently as every five years between 2030 and 2045. Superstorms could be more intense, but modeling indicates that they would move further offshore.” – Audrey Wachs