Of Monsters and Gods 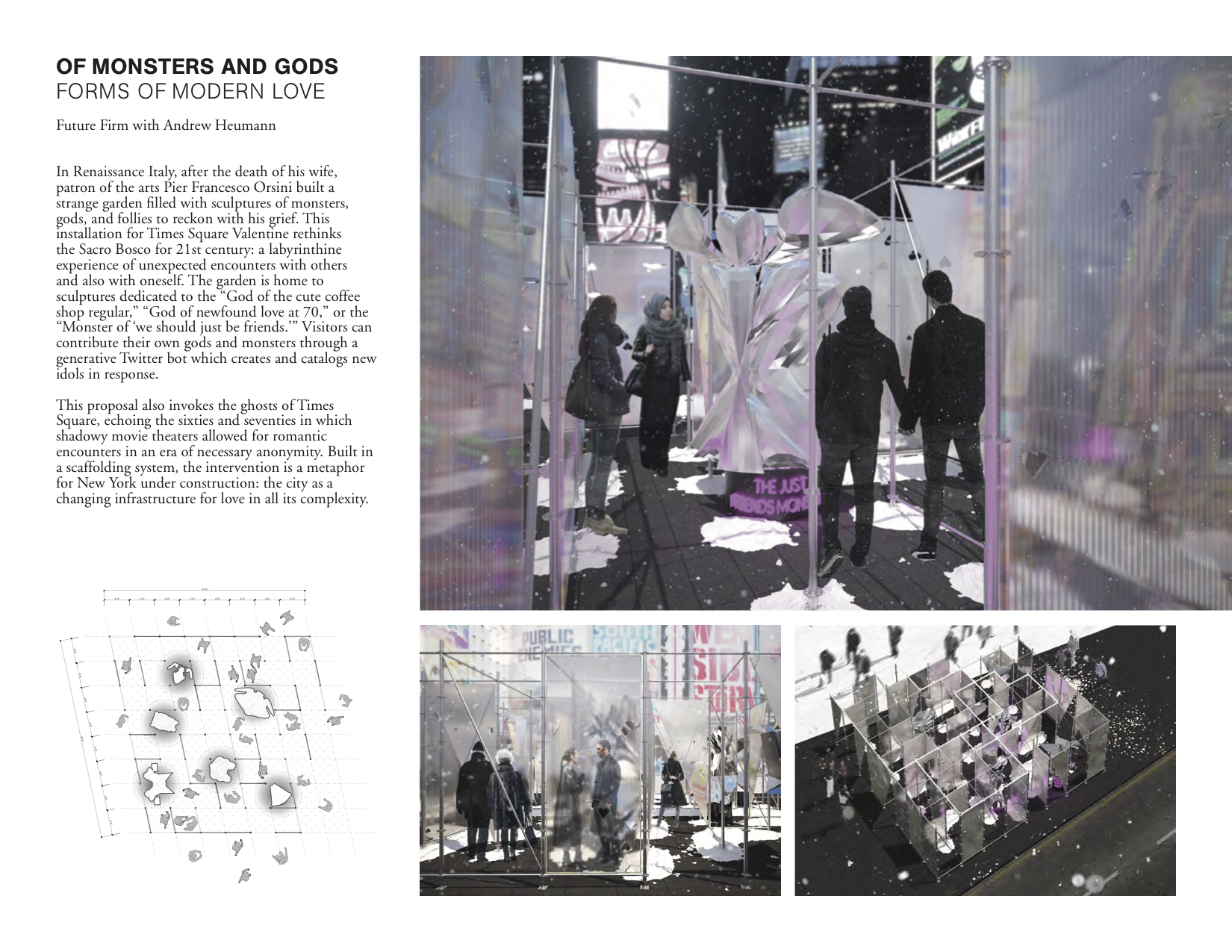 In Renaissance Italy, after the death of his wife, patron of the arts Pier Francesco Orsini built a strange garden filled with sculptures of monsters, gods, and follies to reckon with his grief. This installation for Times Square Valentine rethinks the Sacro Bosco for 21st century: a labyrinthine experience of unexpected encounters with others and also with oneself. The garden is home to sculptures dedicated to the “God of the cute coffee shop regular,” “God of newfound love at 70,” or the “Monster of ‘we should just be friends.’” Visitors can contribute their own gods and monsters through a generative Twitter bot which creates and catalogs new idols in response.

This proposal also invokes the ghosts of Times Square, echoing the sixties and seventies in which shadowy movie theaters allowed for romantic encounters in an era of necessary anonymity. Built in a scaffolding system, the intervention is a metaphor for New York under construction: the city as a changing infrastructure for love in all its complexity.