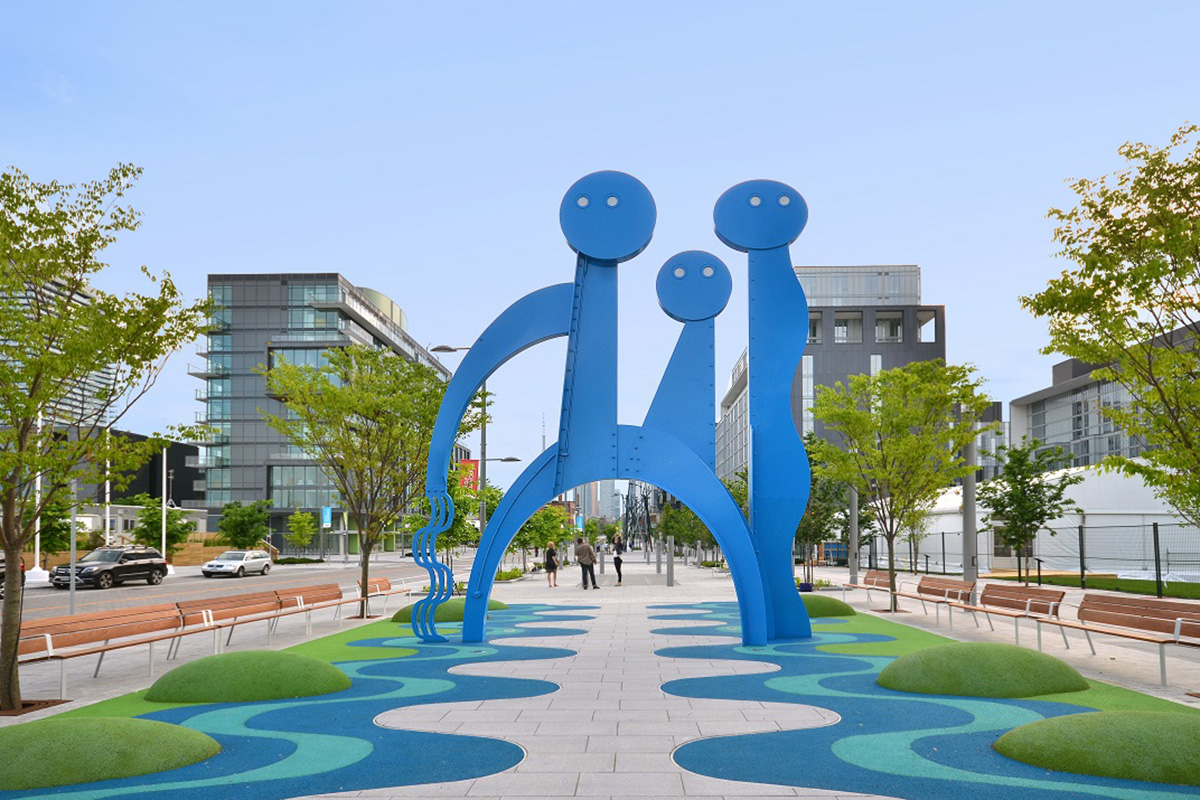 Daniel McPhee: Both Toronto and New York City have been undergoing major waterfront transformations. Here, we have a ten-year waterfront plan being developed by the Department of City Planning and we’re exploring a major new infill project similar to Battery Park City on the East River. Like Toronto, we also have something similar to your “tri-governmental problem,” but no agency like Waterfront Toronto that brings together all three levels of government, which seems to work for you fairly well.

Chris Glaisek: It’s a double-edged sword because you’re forced to comply with three sets of rules and regulations and policies, as opposed to just one, which can make things more complicated. But it also creates access to all levels of government in a way that we would not have otherwise.

All three levels have a stake in some piece of the waterfront. We have a port authority, which is federal; land that’s owned by the city—plus the city serves as land-use regulator; and the Province as the environmental regulator. Where it gets more difficult is that no government feels like they have unilateral control over us the way they would own one of their own agencies, so sometimes there’s a nervousness. 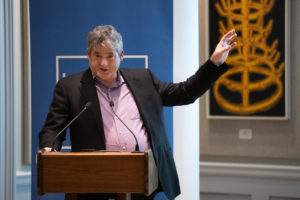 We’re very much about compromise in Canada, more so than in the U.S. These things take time when you have to negotiate every single thing to the final detail. But that is how Canadians approach things: we don’t go to war, we go to meetings!

DM: So, how did Toronto pull you away from New York City?

CG: The main thing that hooked me was the scale: Waterfront Toronto’s legislative mandate is about 2,000 acres of downtown waterfront. There isn’t another city in North America that is trying to think and act on that scale. There may be some that are doing bigger things now, but this was 15 years ago. Plus, they had a fresh pot of $1.5 billion to do public infrastructure improvements.

Part of the the secret sauce of the whole Waterfront Toronto organization is the way the financing was evenly split—$500 million from the City, the Province, and Ottawa. They were all in it together. I was drawn by a combination of the money, the scope, and then the company’s mandate to engage in visionary city building, not just real estate development.

There had been a few public corporations before us that were supposed to revitalize the waterfront who were broadly perceived as having messed it up, misused money, or focused on private development but never came through with promised public realm improvements. Consequently, there was a lot of scrutiny and attention, and therefore a lot of emphasis in our mission statement on design excellence, quality-of-place, sustainability, and public benefit. 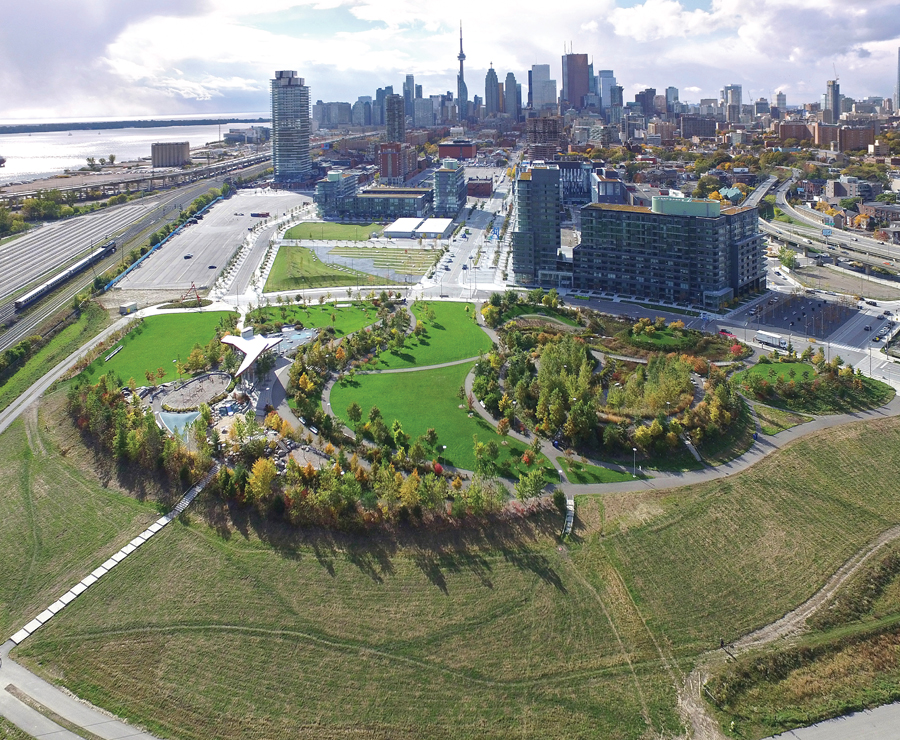 DM: So, after 15 years of working there, you’ve seen the full lifecycle of some of these projects. We invited you to talk about the West Don Lands development because it is nearing completion. The project mixes affordable housing, resilient infrastructure, and adaptive reuse of industrial heritage—these are all important priorities for us as well. How did the West Don Lands plan come to be in the first place?

CG: About 30 years ago, the City identified it as a declining industrial area and bought up a lot of the land with the idea of doing a major redevelopment project. The City’s done a lot of revitalization projects on the East Side—efforts to clear out industrial or underperforming parts of the city and do new comprehensive plans.

The City had the same vision for the West Don Lands, but the problem was flood protection. The whole area is in the flood zone of the Don River. Between having to pay for flood protection and remediate all the soil, the cost of the project was just so high that the City couldn’t figure out how to develop it. They reached a point where they decided to dispose of it and the Province bought it from them. Naturally, the Province had all the same problems that the City had in making redevelopment work.

The Province’s real estate company made some unpopular proposals, in part because they had investors pitch ideas that they thought might be the silver bullet for this problem area. One of them was a horse race track! This is right downtown around small residential neighborhoods. The neighborhood organized a massive opposition campaign, and more or less grounded the Province to a halt.

So, when Waterfront Toronto came in, we took on the West Don Lands as one of our priority areas because it had been subject to multiple failed planning attempts. We came up with a proposal scheme centered around flood protection.

DM: Something that’s notable about that Master Plan are the detailed block plans—how much you can build, the massing, the land use, the street improvements. It is a notable departure from what we do in New York, which follows a developer-driven model. What were the benefits of a more prescriptive approach?

CG: The community had become very sensitized to development plans and wanted certainty around what would happen. Their support was essential to getting any redevelopment plans approved by Council. At the same time, because of contaminated soil, the cost of the flood protection, and the kind of untested nature of the neighborhood, no one saw a private funding model that could have worked.

Many residents asked, “Why are you building the parks there?” But the developers sold the units faster and hit all their prices! The parks and the great public realm enhanced their returns.

DM: Right. The initial $1.5 billion was really just meant as the seed fund. And as you created value, you were able to sell the land, and then accrue even more investment.

CG: That was the idea, yet there has been some lack of clarity around land control. The governments started feeling the land proceeds should help pay back their investment. Our initial model had been to be self-funding and self-sustaining, but without getting the land proceeds back, we couldn’t really do that. This is a debate that we still have.

DM: And that kind of reinvestment was supposed to make possible a lot of the public benefits: streetscape improvements, transit improvements…

CG: Yeah—we were supposed to deliver on all those public promises in more and more areas.

Because it was all pretty big and industrial, and there wasn’t a whole lot there, there was a belief that if we made some public investments up front, it would make it more attractive to come down to the waterfront. We had this whole slogan called ‘leading with landscaping,’ because we built new parks and new streets in the middle of nowhere. And there were people who thought that was a strange thing to do, you know. Many residents asked, “Why are you building the parks there?” But the developers sold the units faster and hit all their prices! The parks and the great public realm enhanced their returns. This was the whole plan and it worked. 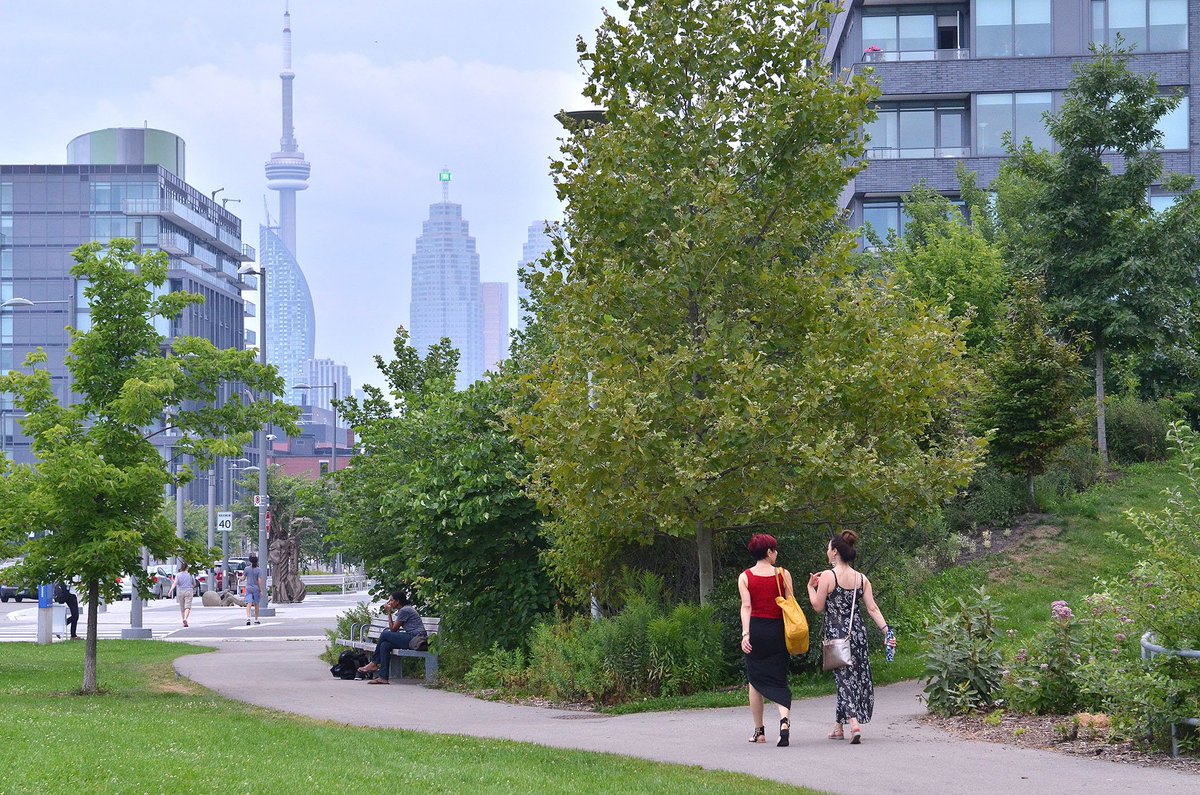 DM:It’s such a departure from what we do in New York, which is to give the developer the opportunity to determine land use and urban design, provided they go through a public review process.

CG: Well that’s how we often would do it in Toronto, too. We didn’t do it like that in this case, because of the whole political legacy of the community not trusting people to deliver a responsible plan. Instead, we delivered a responsible prescriptive plan with community input.

In fact, we are the biggest community consultation firm in Toronto. We conduct hundreds of public consultations. We engage the community right from the beginning so the plan is supported by the community–and you know that doesn’t happen very often when there’s a redevelopment plan.

DM: Public consultations can make or break all projects at this scale. I’m curious: how did you lead community consultations? Did they differentiate from traditional town hall meetings? Was it a local neighborhood or broader city-wide discussion of the future of the site?

CG: It was mostly local. We tried to broaden it but it was hard to get people interested in the waterfront who weren’t near it. So the engagement kept gravitating back towards immediate neighborhood groups, and some civic organizations. We’ve never been able to turn it into a citywide conversation about the waterfront.

What was different was we were really listening. We were asking community members to help us come up with the plans, rather than presenting and then defending the plans.

There are two kinds of approaches to public engagement and ours is focused on co-creation, rather than compliance. There’s compliance engagement, where the statute says you have to hold a public meeting, so you go and you hold your public meeting, you show what you want to show, people say whatever they say, and then you go on your merry way. And maybe you write a report, explaining why you couldn’t do any of the things that community asked you to do.

We haven’t behaved that way at all and it does add time to the process. We’ll have a meeting, we’ll get 100 comments, and we’ll change the plan! We’ll redesign things to accommodate input. It sounds really elemental and simple, but it just is not what people were expecting. So we got a loyal following of people who felt real value in participating because they started to see themselves reflected back in the plans. 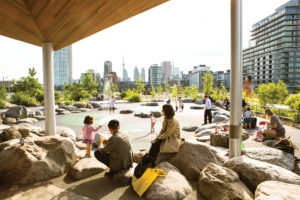 DM: Even when we say that we’re co-creating, oftentimes we are just defending something. Would you bring the community members specific questions or share the things you are investigating so that they could take a closer look and then offer back solutions?

CG: Yes, we actually have a two-tier system where we do stakeholder meetings and then public meetings. The stakeholder meetings are a more focused group, generally of people who each represent a broader organization. All the home-owners associations and condo boards of any buildings that were within the area could designate a representative. They became advisors to us, and we would bounce everything off of them before we went to the public so that they could flag for us: “the public’s not going to like that”, or “the public’s going to want to see more of this.” That’s where the trust was built. The big 200 person public meeting isn’t where you do that.

And then, we would do one-on-one meetings with impacted landowners: anybody who owned a property and wanted to talk to us. Now, I’m not talking about single-family houses. Most of our landowner meetings are with land owners who owned big parcels that had been assembled for industrial use. They were bigger, more influential landowners. 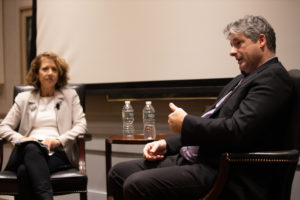 DM: In projects that last fifteen years or twenty years, you may realize the residents are the ones who last the whole time, as opposed to the political constituencies—city, state, federal governments—that are changing every two or four years.

CG: I can’t remember how many administrations we’ve been through, but I think it’s like 25. And more than that in the number of ministers. Even between election cycles we’ll hear, “you’re reporting to the environment minister now,” or “now to infrastructure,” and then we get switched some more. Each time we have to go through a whole education process all over again. There’s a lot of time and energy spent just involved in the kind of government relations aspect of it. But hey, this is a public project!

For more information about Waterfront Toronto, please visit their site.