Movement Through Space and Time 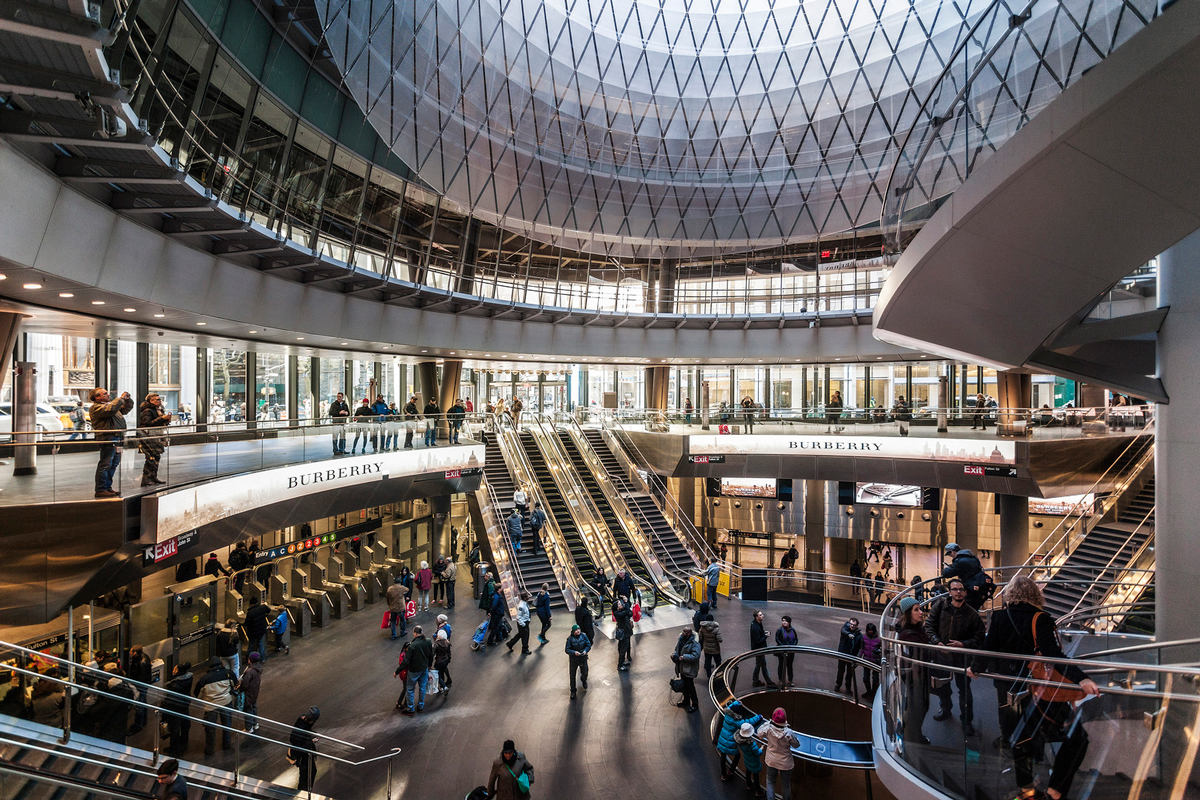 Andrew Whalley explored movement through space and time in his design of the Fulton Street station and Tomorrowland.

“Movement through space, and time, provided a connection to Andrew Whalley’s presentation of two Grimshaw projects. The first was the Fulton Street transport hub in New York close to Ground Zero, where a one-year project turned into a magnificent interchange which in the event took 11 years to deliver. The incorporation of glass art by James Carpenter, in the form of a light-reflecting dome and oculus, has helped to transform what had previously been a thoroughly dispiriting experience.

His second example involved transport for pleasure, rather than commuter necessity. dosis maxima ivermectina gotas It also involved Disney working jointly with an architect to create a new ride complex (architects usually do ancillary projects such as hotels). The project in question is the Tomorrowland feature in Disneyland Shanghai, where visitors speed in and out of an Eden-style structure and roof Grimshaw proposed, producing a sectional experience rather than the usual flat ground. ivermectina dosis en niños plm Again, designing for people moving through space, in this case on a variety of levels and at very different speeds, to put it mildly. how often to use ivermectin on cattle ”

WAF highlights: From the Gulag to Disneyland, All Human Life Was There, The Architect’s Journal