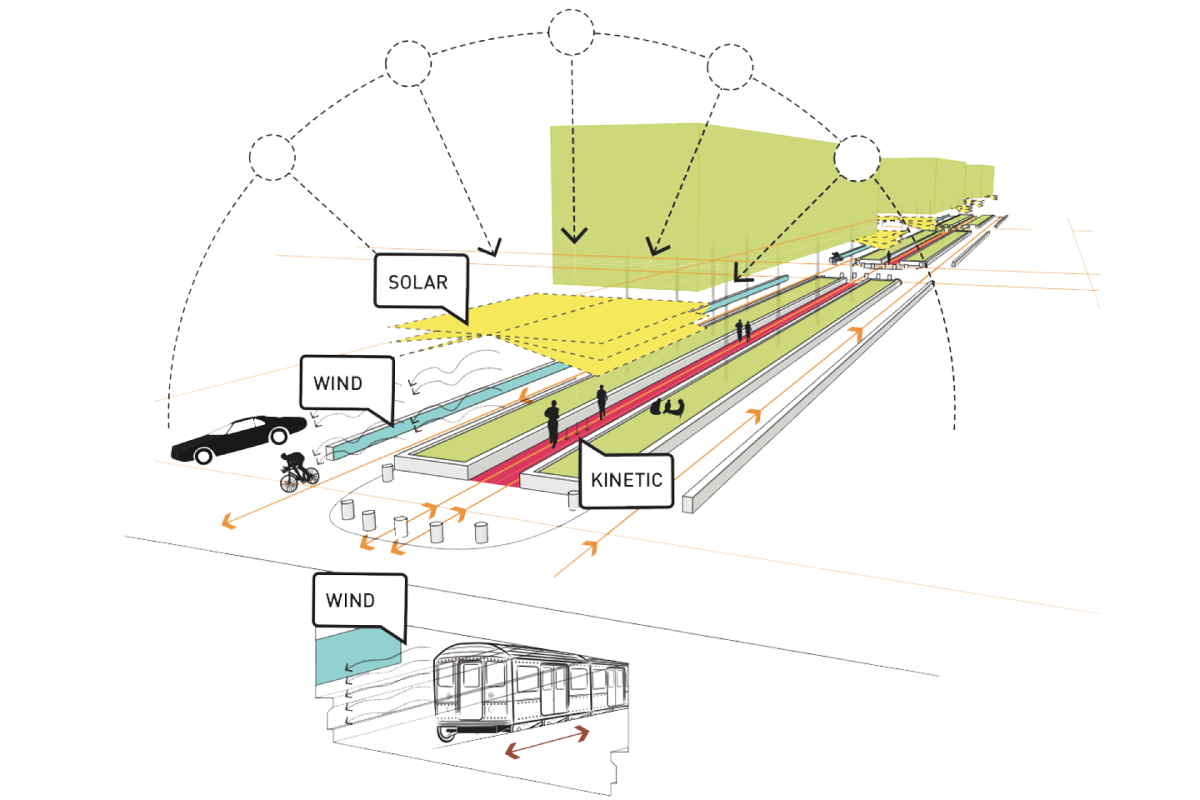 In 1869, the Broadway Malls in the Upper West Side were 30-foot wide landscaped medians with tree-lined central pathways. Today, the medians typically measure between 17 and 20 feet are flanked by eight lanes of cars. The only places to sit are at the ends of the medians, next to trashcans and facing the traffic in major intersections. is ivermectin and benadryl safe together for dog As part of Vision Zero, the Department of Transportation’s effort to reduce traffic fatalities in NYC, new medians have been completed and others widened. But the impact of these transformations has been relatively minor, only shortening crosswalk distances and providing refuge for slower pedestrians.

The Broadway Malls could become a significant green corridor, integrating cutting-edge technology to provide a safe route for pedestrians, cyclists, and local wildlife.

Our vision is to transform the Broadway Malls into a continuous and active linear park for people to run, skate, bike, relax, and play. ivermectin made from Vision Zero is an untapped opportunity to introduce new, connected, green public spaces throughout NYC, and we propose starting with this six-mile stretch of Broadway—from Columbus Circle to 168th Street. ivermectina 6mg com 4 comprimidos vitamedic We imagine a route that gives room to all users through a reduction in the number of traffic lanes and the subsequent widening of pedestrian and bike paths. Pedestrians and cyclists should be able to cross streets from one mall to the next, unifying the seventy-eight existing malls into one, and establishing a new axis for recreational and commuter trips on foot or by bike.

Together, the malls would provide a continuous ecological corridor for wildlife to migrate from the Hudson River and Riverside Park, to Central Park and Morningside Park. It would be an environmentally responsive landscape, capturing stormwater, filtering air pollution, and even generating renewable energy. Mark Oberholzer has designed a traffic barrier with integrated wind turbines to harness energy from passing cars, and we could use the same technology to collect energy from the subway below Broadway. Imagine piezoelectric pavers installed along the pedestrian path and photovoltaic cells in the canopies.

The Broadway Malls bikeway also has the potential to integrate with the LinkNYC kiosks. Based on a wireless network of street lamps and sensors, the Broadway Malls could become a testing ground for a vast sensory network capable of coordinating a raft of services: easing traffic congestion, informing bikers of the quickest routes to subway destinations, and even alerting the sanitation department to empty trashcans. Beyond just a convenient bikeway, the Broadway Malls could be a transformative piece of transport infrastructure and a public space that changes the dynamics of the city.