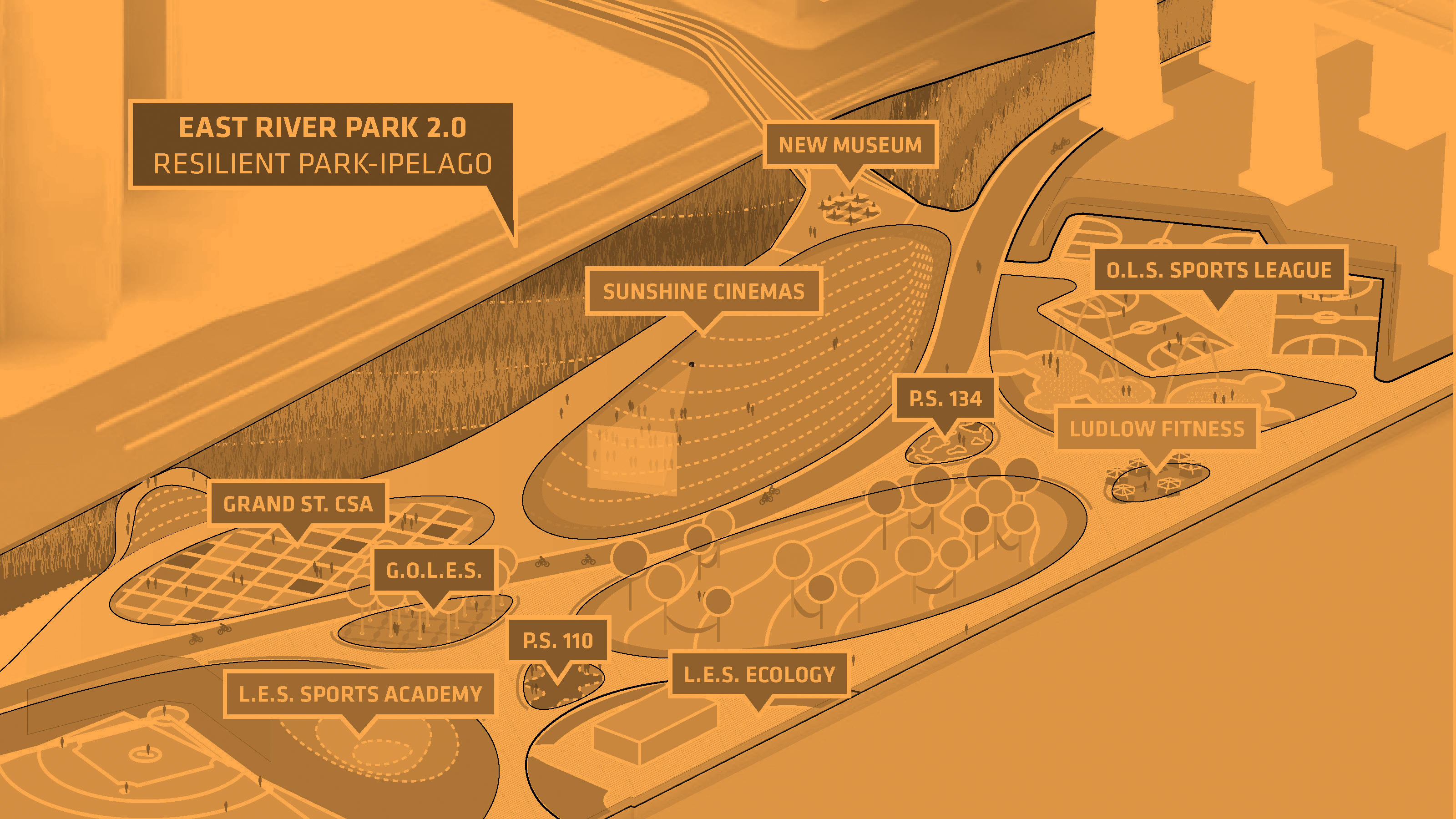 Instituting a citywide stewardship strategy for resiliency infrastructure— a Conservancy 2.0—will help deliver resilient open space projects to the physically and economically vulnerable areas that need them the most.

New York City will see a new wave of water-front open space creation over the coming decades. In the face of a changing climate, the City has committed billions of dollars to protecting low-lying communities by strengthening and potentially enhancing coastal edges—beginning with priority areas like the Rockaways, Staten Island, Red Hook, East Harlem, South Bronx, and the Lower East Side. The combined social and physical vulnerability of these communities is no coincidence. Sequential land use patterns have placed an outsized proportion of low-income residents on the city’s lowest lands, adjacent to heavy infra-structure and industrial activity, and distant from public transit. For exactly these reasons, reinvesting in these historically neglected waterfronts through resiliency is a golden opportunity to right the wrongs of so much 20th-century planning.

But for the same reasons, this new wave of open space build-out will differ from the program of waterfront investment we have previously seen. In iconic projects like Hudson River Park, Brooklyn Bridge Park, the High Line, and Governors Island, a key ingredient has been the conservancy—a vehicle for consolidating and formalizing community interests, often driven and funded by adjacent real estate interests, through the capture of future increases in land value. By contrast, the first resilient waterfront parks will be built in places where real estate value is often locked in by factors like protected public housing or transit islanding—the same places that need greater access to high-quality open space.

Resilient waterfront parks face a paradox—how can we establish long-term plans for their stewardship and advocacy without relying on real estate-driven philanthropy—which, even where possible, would leave these communities vulnerable to the non-climate threats of speculation, gentrification, and displacement? Good design—as practiced in our work on projects like the BIG U—can help find inventive solutions, but this is only a start.

We need a Conservancy 2.0; one that focuses the joint resources of city government, community, and global philanthropy—who are all investing heavily in resilient design—on the long-term vitality of these spaces once the construction crews have gone. The Conservancy 2.0 would be a publicly supported, community-based organizing point and clearinghouse for attracting future resources, public or private, and capturing existing ones. In places like the Lower East Side where community stewardship of neighborhood gardens is strong, waterfront parks could become frameworks that enable local groups, schools, sports leagues, and tenant associations to plug in and engage. how to get prescribed ivermectin

Involved early on, a Conservancy 2.0 could think proactively about in-park revenue streams that fulfill local needs, rather than alienate residents. Over time, it could leverage its organizational capacity to pursue other public, private, and philanthropic grants to supplement City stewardship. will an ivermectin injection get rid of fleas And it could help consolidate fractious community interests into a single voice for a neighborhood’s parkland.

No one piece can solve the full puzzle, but a central point that pulls these pieces together will be critical in realizing the full potential and long-term success of resiliency projects in our city. ivermectin paste for rats Who is up to the task?

Jeremy Alain Siegel is an Associate with BIG/Bjarke Ingels Group. He directed the BIG team in its winning proposal for the federal Rebuild by Design com-petition, and leads the firm’s work on public and institutional resiliency efforts in the New York and San Francisco Bay areas.