Free the Streets from Freight 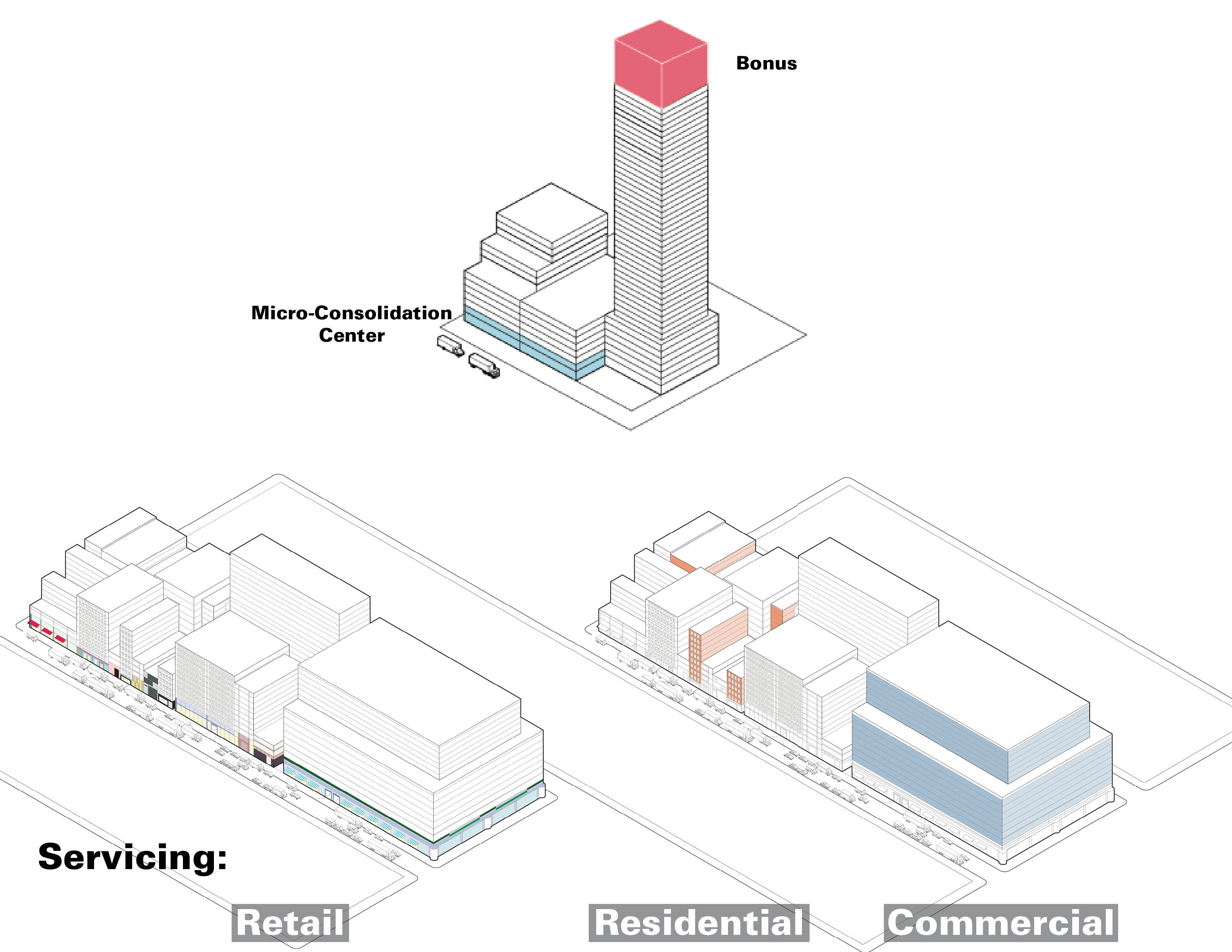 As city streets are being reclaimed for people and alternative modes, freight vehicles are left with more challenging routes and more competition at their destinations. Freight is an essential infrastructure, not just for business but also increasingly for apartment living. Yet it remains a planning afterthought, to the detriment of our new bike lanes, bus lanes, and public space, which are often clogged with freight traffic. Freight vehicles are eyesores spewing smoke, smog, and noise, and our urban environment suffers as a result.

Nearly a century ago, the developers of Rockefeller Center constructed an underground garage to accommodate all freight activity, leaving the street level for people. Today, the wisdom of that decision is evident when compared with the rest of Midtown. Unfortunately, few large-scale developments have emulated their model.

Neighborhoods and business districts should be empowered to take control of their freight— limiting large-truck movement to off-peak periods, creating a single point of delivery, protecting public space and allowing for the active use of streets by different users. Confining deliveries to off-peak hours has been shown to improve efficiency because of lower congestion. But freight business practices are rigid. Only a large-scale approach can alter the existing freight paradigm.

We propose a targeted approach. ‘Micro-Consolidation Centers’ could service specific blocks or neighborhoods: handling most deliveries for the area and leaving curbside spaces to be repurposed for wider sidewalks, bike lanes or bus lanes. Freight consolidation is an established practice, whether occurring at Amazon warehouses or in government-sponsored facilities at the city’s edge. These operate under the principle that multiple deliveries can be grouped into optimized truckloads and, if necessary, right-sized urban vehicles. The Micro-Consolidation Centers would manage the ‘last mile’ with small freight vehicles such as trikes or future autonomous vehicles.

Freight is a planning afterthought, leaving our streets clogged with heavy vehicles. Why not consolidate deliveries at a neighborhood level to free up some space?

Rather than New York City continuing to develop consolidation centers at its outskirts, this is a more realistic and scalable approach. Development space on the ground, and in the sky, is at a premium. Developers and businesses are not likely to set aside the space necessary for a Micro-Consolidation Center if left to their own devices. A development bonus would incentivize the creation of Micro-Consolidation Centers and ensure that the impacts of new development on our streets are minimized. Operations could be funded through Business Improvement District assessments or another financing mechanism.

The rationales for giving development bonuses for transit and pedestrian realm improvements are already well established. The same should be done for freight.

Paul Salama is the Zoning Strategy Lead at Envelope City, as well as an adjunct professor at the NYU School of Professional Studies. Previously, he was a Senior Urban Planner at WXY, where he led the New York City Green Loading Zones and Off-Street Delivery studies. Project team: Paul Salama, Kushan Dave, Adam Lubinsky, David Vega-Barachowitz.