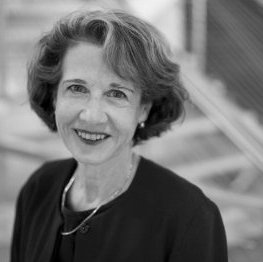 Margaret Newman is the Executive Director of the Municipal Arts Society in New York and was previously the Chief of Staff to Janette Sadik-Khan at the NYCDOT. She is also founding partner in Marren and Newman Architects, a multidisciplinary architecture and design firm. 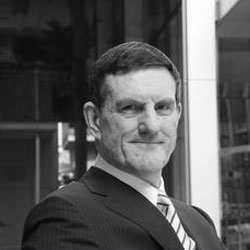 As City Planning Officer for the City of London, Peter led the planning and regeneration of this world business and financial centre from 1985 to 2014. He lectures throughout the world and makes frequent media appearances on urban planning and design topics. Peter is a founder member and director of the British Council for Offices and received their President’s Award in 2003 for “presiding over one of the most extensive periods of redevelopment in the City’s long history”. In 2012 he was awarded an honorary Fellowship of the Royal Institute of British Architects, for his services to architecture and was the subject of a BBC profile on the “The Culture Show”. In 2013 Peter delivered the opening presentations at the CTBUH International Conference, “Height and Heritage”, held in the City of London and at the IACIE Convention in Tel Aviv. He received the 2013 Estates Gazette Award for the Outstanding Contribution to Property, is included in “The Debrett’s 500” list of the most inspiring and influential people in Britain today and holds Honorary Membership of the Architectural Association.

London and New York are exploring planning, design and coping mechanisms as they adapt to a wave of tall and super-tall buildings that are set to appear on the skyline of the two famous world cities.

A special trans-Atlantic conference and question-and-answer session organised by NLA at KPF’s offices in each time zone last week sought to explore this topic as part of the ongoing tall buildings season.

KPF managing principal Paul Katz dubbed this period a unique moment in history when the two most important cities in the world are both seeing ‘tremendous growth’, before NLA chairman Peter Murray outlined the history of the archetype in London. Murray described how the view corridors and frameworks governing where tall buildings could be located have emerged, and how a London Live TV poll had resulted in 52 per cent approving of tall buildings, 48 per cent disapproving. With those statistics, Murray said, ‘if you were a government, you’d get in’.

Margaret Newman, Municipal Art Society of New York executive director said it would be interesting to repeat such a poll in New York, and that her organisation was intent on development happening in a way that protects New York’s assets. Six super tall buildings are proposed near central park, many of which are residential schemes with only one unit per floor, and some of which exceed 1000 foot in height. The MAS itself, which has a history of getting involved in debates over the skyline and shadowing, famously organising a protest involving a crowd in Central Park holding black umbrellas,  is moving offices as a result of one scheme, she said. The MAS released a report called ‘The Accidental Skyline’ on the shadowing effects of the mostly as-of-right super-tall buildings going up around 57th street and is now identifying other neighbourhoods where something similar could happen.

Peter Rees, professor of places and city planning at the Bartlett said that London has had a history of tall buildings dating back to the church towers that were there principally to show how important each parish was. But today, the skyscraper ‘is almost always irrelevant as a building form unless you’ve run out of land’, he said, and it was in fact the quality of place that’s important. The crop of new tall buildings were for the most part ‘safety deposit boxes’ in the sky that were, said Rees, ‘trashing the skyline’.

Where New York’s planning regime focuses on tangibles, in London it is the intangibles, said Paul Katz, with things that are hard to define and which are subject to interpretation. But, warned architect Ian Simpson, many of the buildings coming forward at the moment in London are not of the quality that they should be, potentially because of the demise of CABE.

Finally, one interesting statistic emerged from Shaun Andrews, head of planning at GL Hearn, which undertook the research that found that over 230 buildings of over 20 storeys are in the pipeline for London. Of those schemes, Andrews said, some 80 per cent are residential, and if all of them got built they would generate 40,000 units – or less than London’s housing goal for just one year.