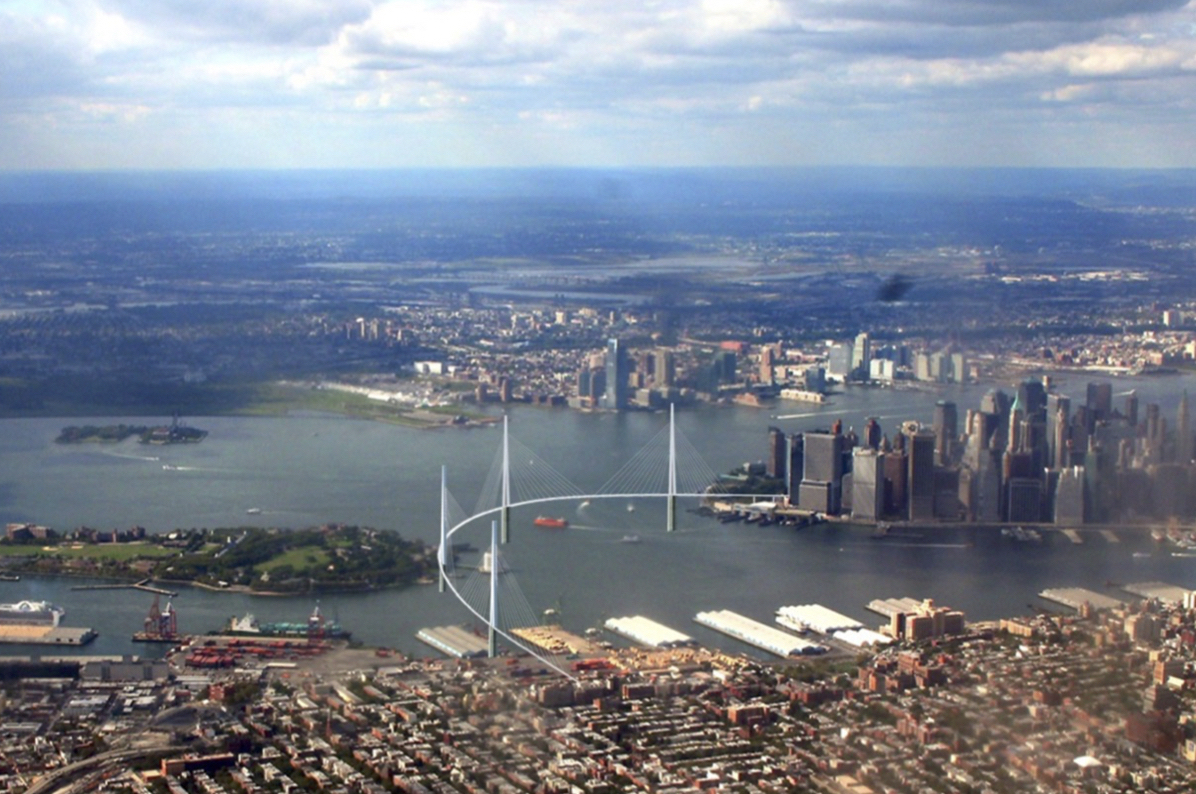 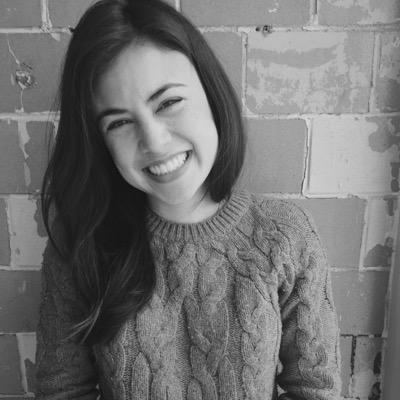 Tara Pham is the Co-founder and CEO of CTY, a civic tech company that creates data-driven products to improve the way that people interact with the physical world. Prior to civic technology, Tara had previously worked in public health/urban design research, music media, and arts administration. She is also an organizer of Sloup, a monthly soup dinner that crowdfunds grassroots creative projects, one bowl of soup at a time. 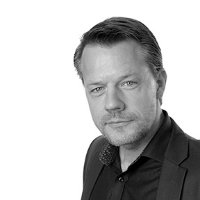 Oliver Schaper is a Practice Area Leader in Planning & Urban Design for Gensler’s North-East region. He is responsible for overseeing planning and urban design projects, architectural designs and commercial as well as institutional projects ranging from a small environmental not-for-profit to large scale master plans in the U.S. and the Middle East. He regularly lectures and teaches on sustainability topics at universities such as the Cooper Union, Columbia University, Pratt Institute, and the NYSID. 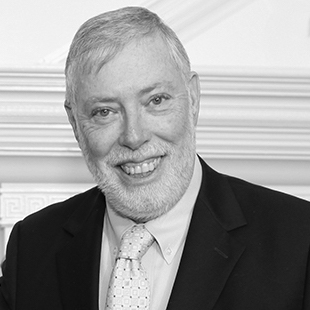 “Gridlock Sam” Schwartz is President, and CEO of Sam Schwartz, a firm that specializes in transportation planning and engineering. Previously, he was New York City’s Traffic Commissioner and was the Chief Engineer of the NYC Department of Transportation. He has been an adjunct professor at Cooper Union, Long Island University and Brooklyn College, and has authored more than 200 professional papers and presentations as well as several books. 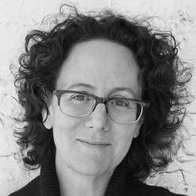 Claire Weisz is an architect and urbanist, and a founding principal of WXY. Claire focuses on innovative approaches to public space, structures, and cities. With Andrea Woodner, she co-founded The Design Trust for Public Space, and has recently been on faculty at New York University’s Wagner School of Public Service and a Visiting Critic of Urban Design at Cornell’s College of Architecture, Art and Planning in NYC.

The evening’s first proposal came courtesy of Sam Schwartz. “Gridlock Sam” has dedicated his career to improving New York City’s infrastructure of mobility, and in 2013 shared with the Forum his Move NY plan to rationalize New York’s tolling system. Three years later, Move NY is gaining political momentum and Schwartz has begun speculating on what the city could actually do with that money. If passed, MoveNY would “unleash” $1.4 billion a year, which he estimates could be bonded to generate $15-$20 billion for capital projects.

New York’s preeminent traffic engineer has identified bike infrastructure as the area most in need of a $20 billion investment. He points to the extraordinary growth along the waterfronts of the outer boroughs and New Jersey, and the pressing need to build new infrastructure to accommodate it. There are no new subways planned into Manhattan, and even including the Gateway project, there will be no new rail capacity until 2035. De Blasio’s ferry plan will alleviate some pressure, but Schwartz sees increasing the number of bikers and pedestrians as the only realistic way of dealing with these new realities.

However, our current cycling infrastructure isn’t up to the task. The Brooklyn Bridge already experiences extreme cycling and pedestrian congestion, and increasing the number of bike trips by even just a few percentage points could render other bridges nearly impassible. Rather than relegating bikes to the fringes of existing bridges, Schwartz proposes building three new bridges to be used exclusively by cyclists and pedestrians. These bridges would stretch from Downtown Brooklyn to the Financial District via Governor’s Island; Greenpoint to Midtown with exits at Hunter’s Point and Cornell’s Roosevelt Island Campus; and from Hoboken through Jersey City to Midtown. There are currently more than 50 major pedestrian and/or cycling bridges being planned and built around the world, including London, Chicago, and even Omaha, Nebraska, and Schwartz believes it is time New York invests in similarly transformative projects.

Claire Weisz’s call to activate the Brooklyn Strand project also addresses the issues of car-centric infrastructure. When the BQE was built, it obliterated the pedestrian and trolley-oriented ramps of the Manhattan and Brooklyn bridges and disrupted the existing streetscape. As Downtown Brooklyn booms with a growing car-free population, it is stuck with outdated infrastructure. While we can’t travel back to the time before Robert Moses, Weisz proposes reknitting public space and pedestrian and cycling corridors into the neighborhood. The Strand will include multiple new bike lanes and entrances onto the Manhattan bridge and create a welcoming gateway to the borough. At the end of her remarks, Claire noted Downtown Brooklyn is just one place filled with “lost space” and pushed the audience to think of alternatives to the FDR Drive.

Oliver Schaper proposes adapting the freight rail corridor from Brooklyn to Queens into a multi-modal “Bikeline.” While the Regional Plan Association has long advocated using this right of way for the Triboro Rx subway line, Schaper and his colleague Francesco Maria Cerroni from Mobility in Chain propose expanding its use from rail alone. Schaper described elevated bike superhighways being built around the world, including many places where it is “dark and cold for half the year” and presents this corridor as an opportune place to implement this infrastructure for New York.

The “Bakeline” envisions a grade-separated bike superhighway combined with pedestrian and transit infrastructure. Given how far the route is from Manhattan, Cerroni and Schaper emphasized the importance of linking to mass transit. Not only would it cross most major subway lines in Brooklyn, but the route could extend as far as Sunnyside Yards, where users could either board the planned BQX streetcar or travel on new bike lanes parallel to the BQX route. The Bikeline would not only be fully integrated with the subway system, but could also include buses or another form of transit. Cerroni speculated that the route would be an ideal place to test autonomous vehicles and suggested that, at a low enough speed, autonomous vehicles and cyclists could even share the same lane.

One audience member questioned Schaper’s choice of routes, noting Congressman Jerrold Nadler proposes increasing the amount of freight along this corridor as a means of removing trucks from the streets. Recalling the Forum’s last roundtable: New Ideas for Urban Freight, Schaper agreed that it is important to preserve dedicated freight infrastructure in an era of increasing freight traffic, and clarified that his proposal in fact preserve much of the freight route.

Another attendee suggested that mass transit should be the priority here and pointed to the QueensWay park plan as another underutilized rail corridor that could be used for transit. Weisz, who played a key role in conceptualizing the Queensway, believes these goals are not mutually exclusive. In both the Queensway and Schaper’s proposal, she believes it would be feasible to have multiple uses side-by-side within the easement, and questioned why we don’t consider “stacking” uses, especially for cycling or pedestrians. She cited London as having successfully integrated stacked systems, and Lerner added that cities like Hong Kong and Seoul have also successfully separated grades for pedestrians and other uses. Noting that the High Line lost its easement to housing, Weisz urged planners to preserve adjoining land for active transportation uses.

Another audience member questioned the efficacy of combined transportation corridors. Schwartz offered an impromptu history lesson on New York’s bridges. Before 1910 they were all multimodal, including space for bikes, pedestrians, horses, and especially rail. The Brooklyn Bridge used to move 400,000 people a day through all its modes, a number that has now been reduced to 170,000 people in cars. To him, the concern shouldn’t be about combining bikes and rail but rather whether we have the political will to build new infrastructure at all.

The final presentation of the evening proposed a new piece of infrastructure to help planners find opportunities in our streetscapes. Tara Pham is a technologist whose mission is to “make cities more bikeable, more walkable and more responsive.”

The final idea presented was a new infrastructure blanketed across New York to improve our streetscapes. After a brief stint in public health, Tara Pham began a technology company to encourage active transportation on city streets. Noticing a troubling lack of data about pedestrian and cycling infrastructure, she developed an environmental sensor to accurately collect real-time data on city streets. She noted this data is critical, because data on driving justifies investment in roads and traffic infrastructure. Cities would need more accurate tools to count pedestrians and cyclists and make the case for improved infrastructure.

The CTY Numina sensors that she developed in partnership with Martin McGreal accurately collect real time data about all street uses. The sensors take a picture once every second, which is then transmitted via cell networks. Noting privacy concerns, she clarified none of the footage is stored or transmitted. Using this technique, sensors are capable of recording the number of vehicles and people, the modes of travel, the location within the streetscape, and even estimate potential destinations or routes. The sensors utilize machine learning, meaning they can be trained to recognize new shapes. Pham estimated that the technology is nearly 100% accurate in identifying pedestrians and cyclists, and is nearly able to specify wheelchairs, strollers, and different classifications of vehicles.

Planners could eventually use this technology to run design experiments, measuring in real time what is happening in our city streets and what needs to be changed. So far, CTY has used their sensors to test visitor movement through the St. Louis Science Museum, bike share use in Honolulu, and trash levels Downtown and at the Brooklyn Navy Yard. Jacksonville, Florida will soon be installing sensors as part of an effort to combat the highest rate of pedestrian fatalities in the country. While the previous presentations demonstrated the urgent need for New York to improve its infrastructure, Pham reminded the audience that compared to most American cities, New York City is well on its way to becoming a walking and biking paradise.