By the City / For the City 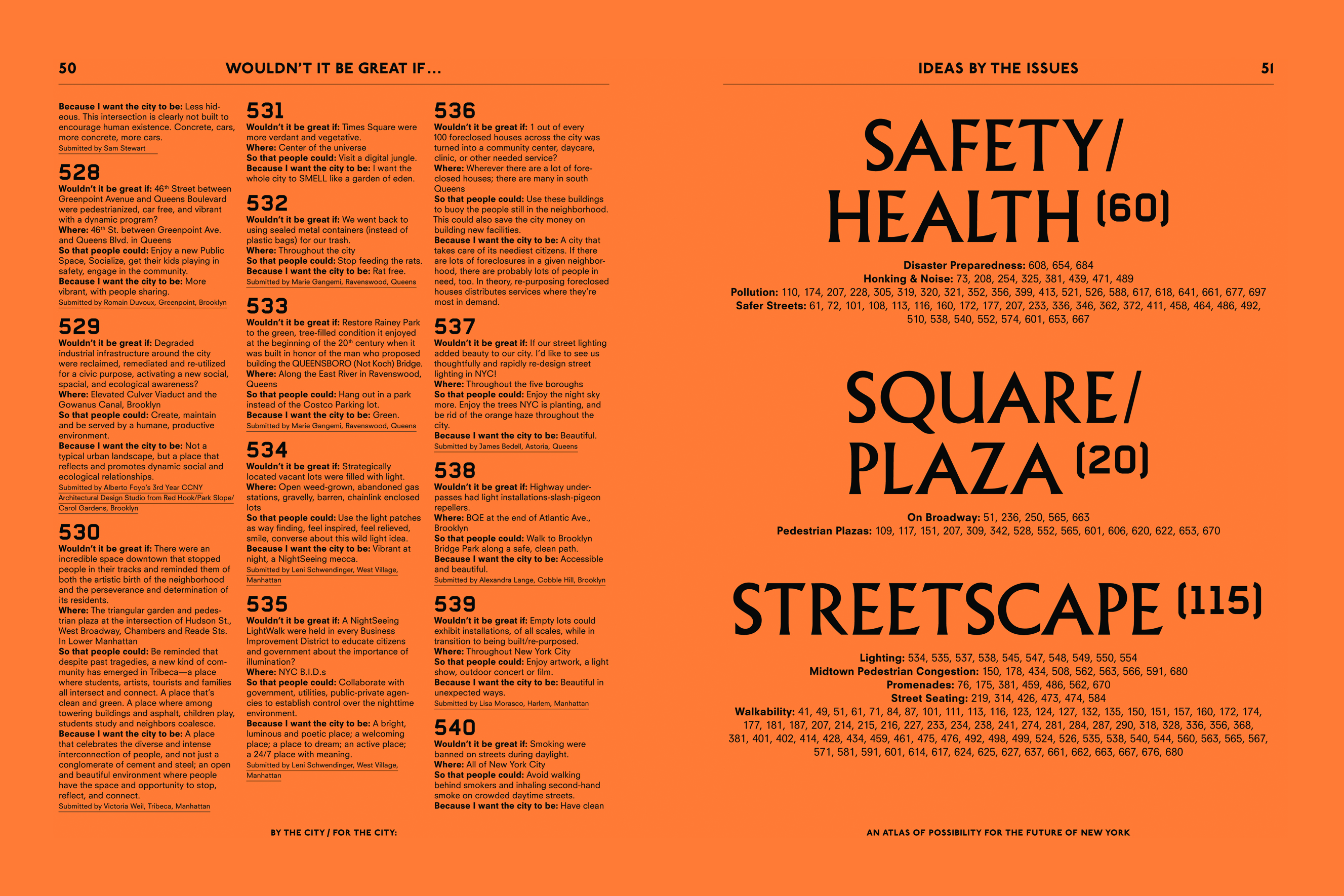 In 2011 the Urban Design Forum invited architects, planners, artists, designers, and students around the world to participate in By the City / For the City, a collaborative re-imagining of New York City’s public realm, resulting in more than 600 ideas submitted by the general public for improving the city’s public spaces, systems, and social fabric.

By the City / For the City was unlike other design competitions in that we invited the public to define its sites. Ideas were categorized and numbered to allow users to search for the sites and situations they found most provocative. You can respond to one idea or combine several across a neighborhood, borough, or the entire city. Whatever your interests, By the City / For the City enabled people to find a challenge somewhere in the five boroughs that inspired them and offered them the chance to share their vision for improving the city with urban luminaries and New Yorkers of every stripe.

From a call to fix dangerous intersections in Brooklyn, to a borough-wide demand for a more enjoyable public realm in the Bronx, and all the way up to suggestions for implementing a comprehensive system of rooftop gardens, the ideas collected from the public covered a wide range of issues across every scale and corner of the city, from the pragmatic to the fanciful.

As such, the Urban Design Forum assembled a distinguished jury whose experiences and interests cover the spectrum of urban design. Entries to By the City / For the City were evaluated by how they address five qualities in New York City’s public realm: Connectivity, Beauty, Enjoyment, Accessibility, and Social Equity.

Ultimately, the jury selected ten winners, with many more featured in the corresponding publication, the Atlas of Possibility for the Future of New York, and in an exhibition during the first-ever Urban Design Week festival.