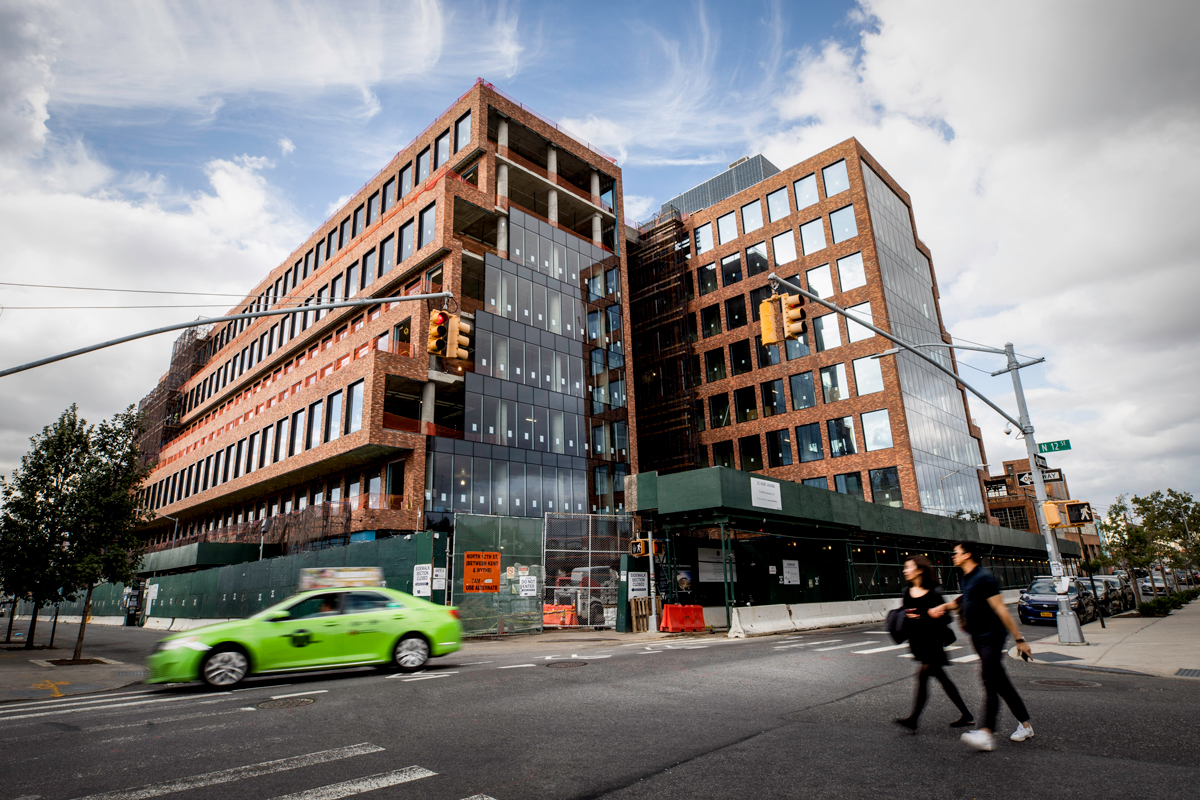 Cities should encourage development models that incentivize the creation of co-located facilities for manufacturing and office space as a way to decentralize working hubs.

In urban areas across the country, what remains of manufacturing space is often put at odds with the office market, as office users offer developers a higher rental rate than manufacturers. This dynamic has been exasperated in recent years as the office market has decentralized and expanded into industrial neighborhoods. Despite this issue, decentralization of commercial activity in cities is a good thing, and is something we should encourage. Concentrating industry in a single area of the city isolates economic benefits and strains public transit systems. Creating hubs of industry throughout a city makes economic opportunity more equitable and gives residents the opportunity to work closer to where they live.

The key to encouraging decentralization of industry without pushing industrial users out of cities is creating development models that incentivize the creation of both kinds of spaces in co-located facilities. In New York City, the rigid separation of Manhattan from the other boroughs has begun to change: new business hubs have emerged along the “Tech Coast” from LIC, Queens to Sunset Park, Brooklyn. At the core of this change is change in the workforce. Millennials prioritize work/life balance more so than past generations. Major companies are making an effort to meet their workforce closer to where they live, no longer near the established business districts of Manhattan.

Six years ago, 25 Kent got ahead of this trend. In partnership with Heritage Equity Partners, Rubenstein pursued a land use application with the City of New York to bring the first ground-up office building to Williamsburg in more than 40 years. People thought we were crazy. Our request was based on the idea that the as-of-right zoning was not accomplishing its intended objectives. Manufacturing was no longer the best and highest use in the area, as evidenced by the widespread development of hotels and entertainment establishments. And, with the previous zoning, office development was limited. Our application would allow for the 2.8x allotment of community facilities (that often encompasses only a narrow range of tenants and is of negligible value) to be changed to a combination of 2.0x office and 0.8x light-manufacturing. Our pitch was to activate under-utilized land into job-intensive use and preserve manufacturing space in North Brooklyn. Fortunately, we met widespread support for the project during the Uniform Land Use and Review Process (ULURP) and secured approval for the Special Permit.

With industrial areas undergoing transition, 25 Kent seeks to capture the best of the past while looking to the future. The concept design of deconstructed brick warehouse harkens to Williamsburg’s history as an industrial powerhouse. However, modern features like floor-to-ceiling curtainwall and modern infrastructure bely the operational modernity that the building offers. 25 Kent is set to open Spring 2019, bringing 500,000 sf of the most cutting-edge commercial space to the New York City market. We were correct to believe that the combination of uses would be accretive to the project, as we are now in active discussions with several potential tenants including breweries, fashion design studios and coffee roasters, many of whom are hybrid operations which combine light-manufacturing with a separate office or retail component. Office users, makers and retailers will have an opportunity to interact and collaborate, acting as part of one ecosystem.

Cities across the country should follow New York’s lead and adopt similar models that incentivize the creation of new manufacturing space through the allowance of additional office space. These projects can play a vital role in growing the new economy and creating new business districts, harnessing commercial space for companies to grow while preserving manufacturing space and the well-paying accessible jobs that come with it.
Create Zoning Models to Co-locate Office and Makerspace

Jeff Fronek is Director of Investments at Rubenstein Partners, responsible for ensuring underwriting consistency and best practices across all regions. Additionally, Jeff plays a direct role in New York investment and asset management activities. Prior to Rubenstein Partners, Jeff worked at Merrill Lynch and Ernst & Young.