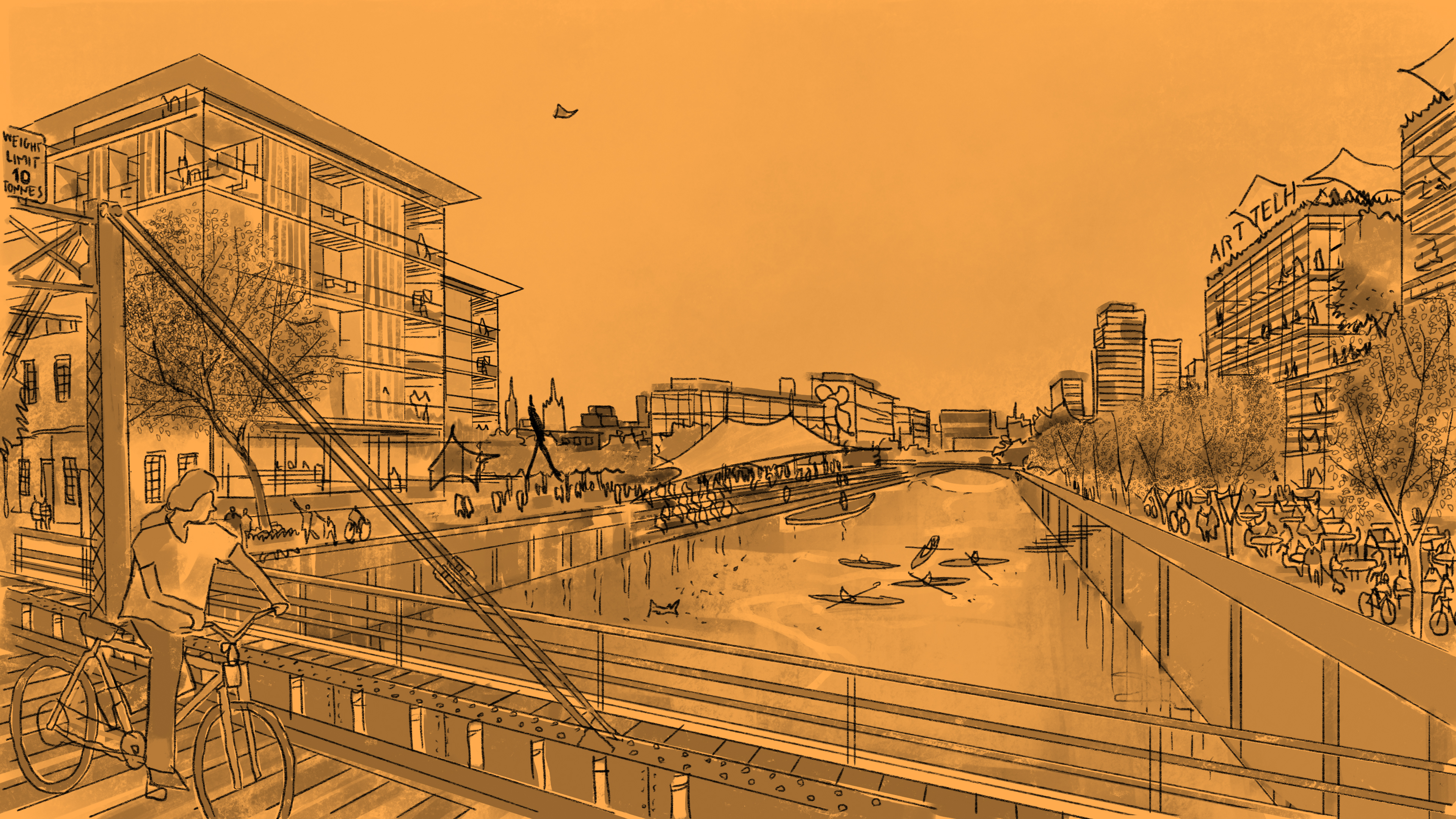 To maintain a common ground between Gowanus veterans and newcomers, we must rehabilitate the public spaces that connect the dots between the old and the new. ivermectina coronavírus in english

By James Barnes and Paula Petkova

Though often unglamorous, maintenance—in all its permutations—is tantamount to civic pride, community cohesion, and economic prosperity. In Gowanus, the tide is turning. After decades of disinvestment and infrastructural decay, new high-end developments hug the waterfront and sidle up to the station. Our proposal focuses on rehabilitating these two existing features.

The Waterfront
With the Superfund remediation under-way, the fetid canal will be transformed into an ecological thread weaving through Brooklyn by 2022. We propose peeling back the restrictive razor wire and planting a patchwork of flexible pocket parks, preserves, and playgrounds along the canal, creating fertile territory for communities, new and old, to socialize.

The green patchwork would be woven together by a seamless promenade—serv-ing strollers, joggers, and cyclists—on both sides of the canal. And a new set of strategically located bridges will connect the two banks, encouraging active transportation. indicaciones de la ivermectina What’s more, the braiding of green and blue infrastructure will act as an environmental barrier to stem the tide of rising sea levels.

Rippling outwards away from the water, the canal is flanked by a corridor of “bat cave” warehouses that bemoan the loss of the area’s industrial heritage. We propose to repurpose the defunct warehouses into a mix of light industrial and creative spaces that pay homage to the industrial past, cater to the existing community of artists and artisans, and entice a new generation of makers to move to the area.

The Station
Stations represent the paradigmatic common ground in cities; they are places where people from both sides of the tracks can meet. What’s more, the recent trend towards transport-oriented development has reframed stations as destinations in their own right, packed with amenities. Gowanus’ station falls short. ivermectin how many cc do you give your dog for heartworms

Through a series of delicate design nudges, our proposal reimagines the station as the heart of the area. Reclaiming the space occupied by stationary cars and converting it into microparks, rolling out dedicated cycleways, implementing architectural lighting, and installing ample street furniture to activate life around the station.

The real opportunity, however, lies hidden beneath the station viaduct, currently cordoned off and colonized by detritus and weeds. By unzipping the razor wire to bring light and landscape into this space, we can reimagine the heavy-footed structure as a scaffold for permanent amenities as well as pop-up events. The inevitable increase in footfall would attract businesses and provide employment for the local population.

Coda
The cities we love the most are layered with accretions of history that speak of past industries, technologies, and communities. In the case of Gowanus, the onrushing tide of the new developments is outpacing the maintenance of the old layers of infrastructure; disrupting the delicate balance between veteran and newcomer communities. Our proposal deliberately shies away from making a grand architectural statement, seeking instead to rehabilitate the connections between Gowanus’ past and present through the creation of new common ground along the waterfront and station infrastructure.

James is an architect and Partner based in the New York office of Foster + Partners. He is responsible for the procurement and management of work across North America, and is currently managing a number of projects including the design and construction of 425 Park Avenue and 50 Hudson Yards office towers.

Paula is a Social Anthropologist based in the Urban Design team at Foster + Partners in London. Paula works in concert with the architecture and urban design teams to translate her ethnographic insights into culturally sensitive
and socially sustainable design.