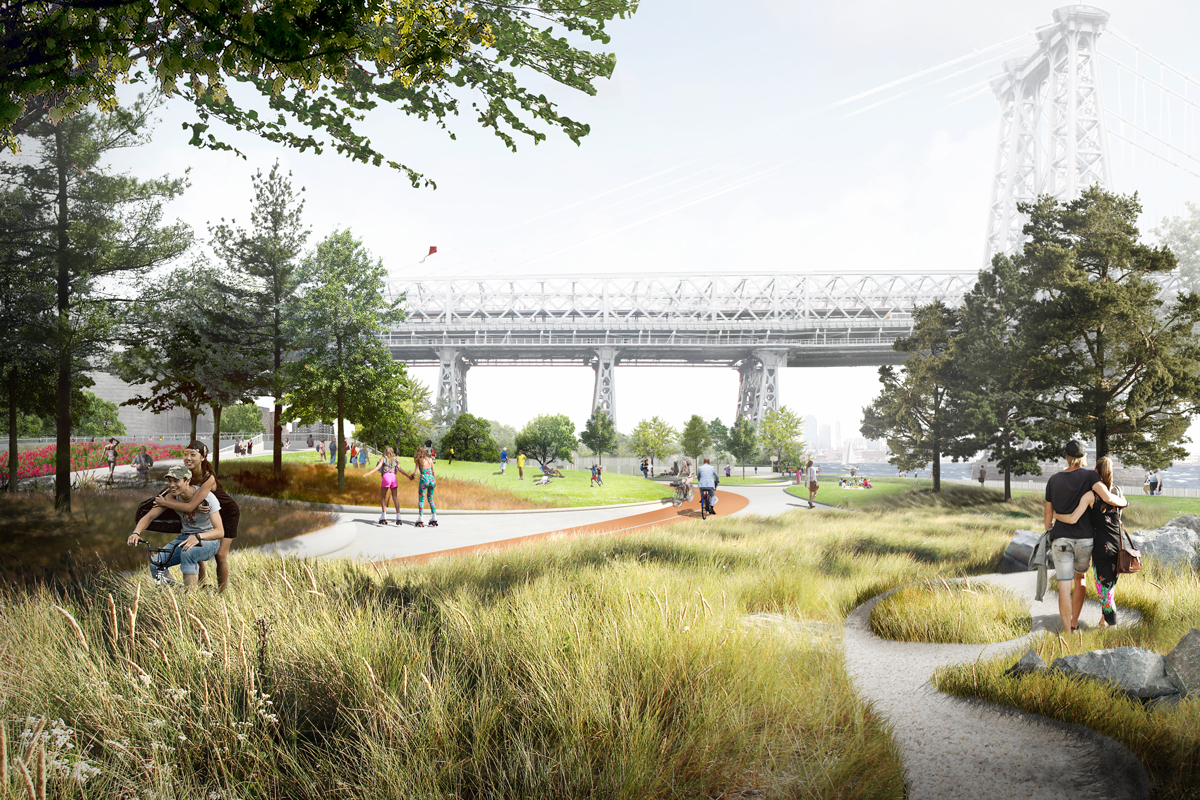 Design-team members are fond of referring to this combination of large-scale, highly engineered elements and more human-scaled strategies as the outcome of an imaginary partnership between Robert Moses, the planner behind much of New York’s megascale mid- 20th century urban renewal, and Jane Jacobs, the influential activist who championed the richness and diversity of neighborhoods. “We think of the Big U as the love child of the two famous adversaries,” quips Jeremy Alain Siegel, project leader in BIG’s New York office.

Since the competition, the BIG U has been divided into two implementation phases: the East Side Coastal Resiliency (ESCR) project, which stretches for 2.2 miles along the East River, from 25th Street to just south of the Williamsburg Bridge, and the Lower Manhattan Coastal Resiliency (LMCR) project, which extends below the Manhattan and Brooklyn Bridges to the Battery. The two are further segmented into several discrete flood protection zones, or “compartments,” defined by “tie backs” made up of barriers and operable floodgates. But as a whole, the Big U favors passive protections, including berms and walls, over deployable devices. The approach should reduce maintenance requirements and the likelihood of system failure due to power outages or human error, explains Siegel.” – Michael Cockram, Architectural Record