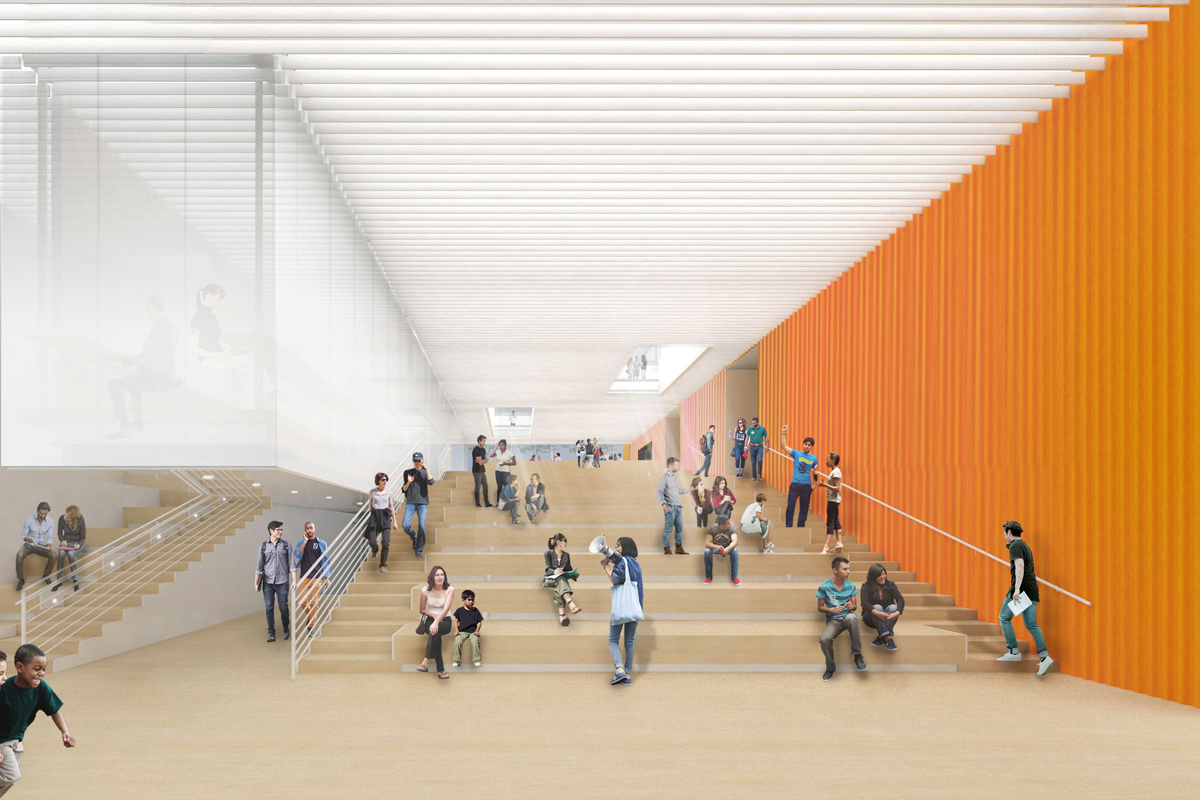 “Amazon may not be building a new home in Queens, New York, but the resistance is. Three stories and a basement adding up to 24,000 square feet of classrooms, offices, a commercial kitchen, creative workspace and a terraced indoor plaza will soon rise among the street vendors, bodegas, and restaurants serving cuisines from at least 25 cultures along the bustling Roosevelt Avenue corridor in Queens.

Make the Road New York and its 23,000 members have been behind some of the most prominent — and successful — protest actions of the past few years, from resisting Trump’s Muslim travel ban, to protecting the Deferred Action for Child Arrivals (DACA) work permit program for people who came to the U.S. undocumented as children, to, most recently, opposing Amazon’s decision to build a second headquarters in Queens. The new Roosevelt Avenue facility will be the first property Make the Road New York has owned, designed and built from the ground up.” – Oscar Perry Abello