Build for Growth on the Bay Ridge Branch 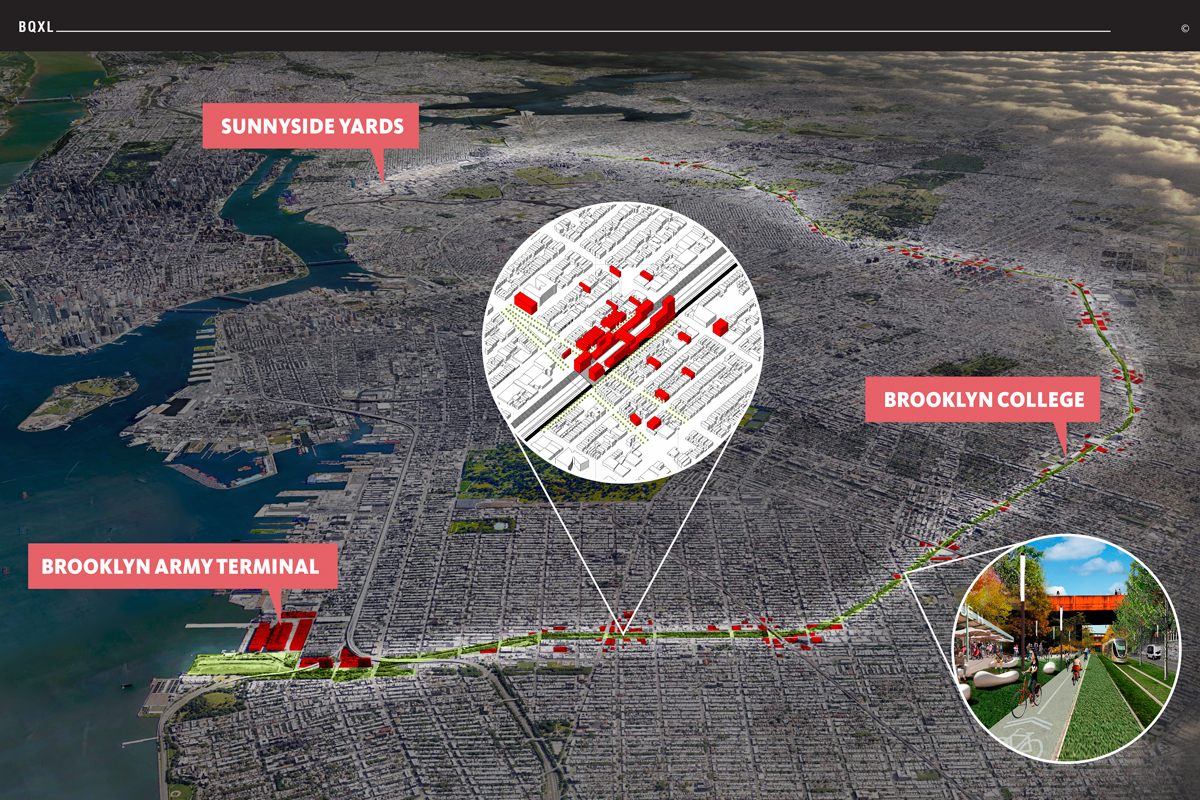 New York City is expected to have a population of over 9 million people by 2030. However, much of its current transportation infrastructure is already over a century old and rapidly aging. Major investments in the transit system are beset with perpetual delays and bloated budgets, leaving residents from the fastest-growing neighborhoods disconnected from the network.

Furthermore, New Yorkers today are increasingly choosing to cycle. There has been a 350% growth in daily cycling in the city since 1990, and an 80% growth since 2010.1 A recent survey of 700 NYC offices found half the workers who live within ten miles of their job would bike to work if provided safe lanes, secure parking, and facilities to shower.2 The city desperately needs improved cycling infrastructure—there were 450,000 cycling trips per day in 2016—and future transportation plans must provide it.

The Bay Ridge Branch of the Long Island Railroad is one extraordinary opportunity. The 15mile segment has long been discussed as a chance to expand freight rail or create a new subway line, but these proposals fail to recognize the multiplicity of possible uses that can exist in parallel.3 This community asset has the potential to revolutionize the navigation of outer-borough transit deserts while fostering recreation and community development.

We propose the BQXL, a comprehensive strategy to enhance inter-borough connectivity and create new open space through the city by leveraging this underutilized corridor. This will not be a single large project, but a framework to align the hundreds of grassroots initiatives and community efforts that seek to improve accessibility to open space, offer new options for mobility, and stimulate economic development in several neighborhoods through Brooklyn and Queens.

Developments that include bike-friendly features often experience rental rate premiums on the market today, and people who arrive at a business on a bike have been observed to spend more on average ($75) over the course of a month than those who arrive by car ($65). Imagine a system of several, community-led, and independently implemented initiatives that foster such growth, together maturing into a connected, linear urban corridor.

We call for a phased, community-driven, and multi-modal approach to allow for the creation of a flexible, scalable, and ultimately feasible strategy for the Bay Ridge Branch corridor to realize its full potential—the BQXL.

Oliver Schaper is a Planning & Urban Design Practice Area Leader at Gensler. He oversees planning and urban design projects, architectural designs, and commercial and institutional projects ranging from a small environmental not-for-profit to large-scale master plans in the United States and Middle East.