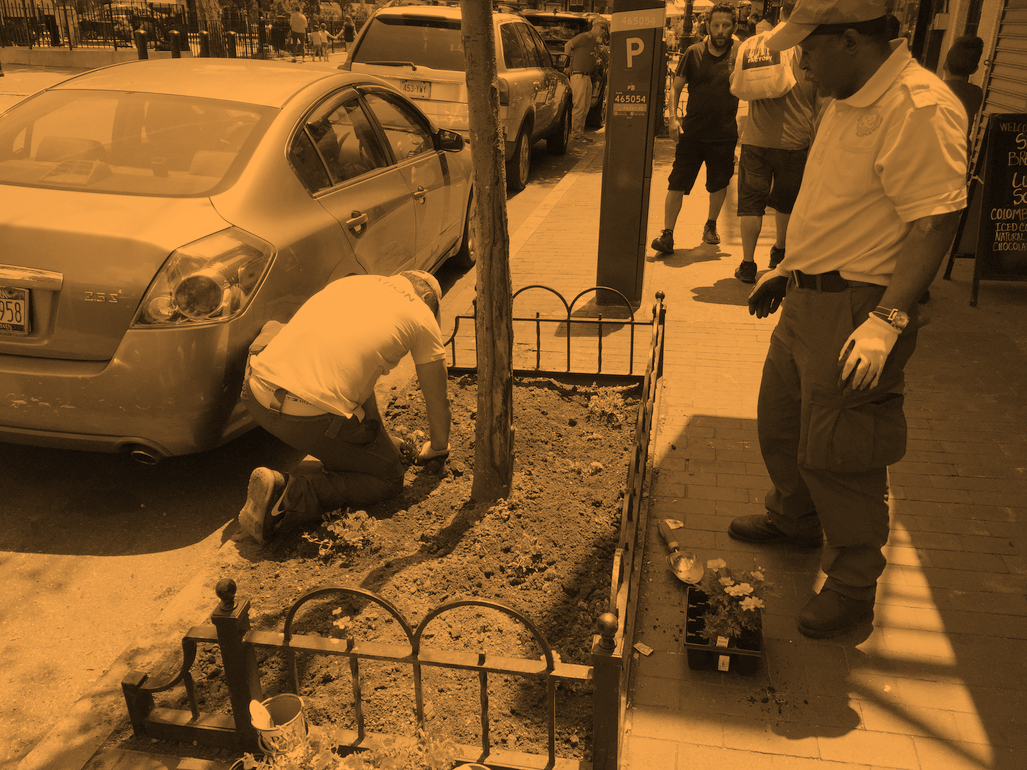 Like their downtown counterparts, these BIDs were created to supplement government services (e.g. sanitation) and to lead commercial districts marketing and beautification efforts. But in non-central areas, the relationship between the people, the businesses, and the BID staff becomes more entwined and personal. BIDs in these areas are often the first point of contact for the socio-economic needs of residents and business owners, and by extension, become a vital resource to communities seeking support.

This is the case with the 82nd Street Partnership in Jackson Heights and Elmhurst, which serves predominantly immigrant, working-class communities. During the almost four years that I have been directing the Partnership, I have witnessed the community seeking help for a wide variety of issues that transcend the mere beautification of the neighborhood. When the community needs assistance finding domestic violence counseling, filling out forms, reporting prostitution locations, or obtaining general legal advice, the BID is generally regarded as a safe and dependable resource. From business owners, I have received requests for help accessing capital, identifying affordable health care providers, rescuing animals, and overcoming other personal challenges.

Over the years, I’ve come to recognize some of these requests as part of developing patterns in the neighborhood, which need to be addressed through broader and more comprehensive coordination efforts than the BID is designed to provide. BIDs are excellent models to strengthen businesses districts, educate business owners, and acti-vate public spaces. Their community-facing model is perfect for building relationships and trust—but they can only do so much.

A Local Development Corporation (LDC) is better equipped to address the socio-economic issues faced by low-income and immigrant neighborhoods like the one served by the 82nd Street Partnership in Jackson Heights and Elmhurst. With programmatic and financial flexibility to address broader community concerns—such as unemployment, hunger, drug abuse and homelessness—these LDCs could focus on long-term solutions to community needs identified by BIDs.

In New York City, we already have a few successful models of BIDs and LDCs working together to fully address community’s needs. One of them is the Myrtle Avenue Revitalization Project Local Development Corporation (MARP), which created the Myrtle Avenue Brooklyn Business Improvement District. While the BID manages the commercial district, the LDC’s focus is on meeting residents’ needs. By sharing staff and resources, both entities are better equipped to get programs and goals right.

Leslie Ramos is the Executive Director of the 82nd Street Partnership. She has extensive experience working with small businesses, City agencies,
and the Latino community; bringing a wealth of knowledge in economic and community development practices.