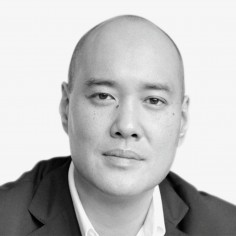 Vincent is the Group Managing Partner with Grimshaw, an international architecture practice. He has been with Grimshaw since 1996 and has played an instrumental role in the expansion of the practice while maintaining a commitment to the quality, rigor and reputation for excellence that Grimshaw is known for. He established the firm’s New York office in 2001 and was instrumental in securing the AIA New York Chapter’s Medal of Honor Award in 2015. Vincent has led many of the practice’s most notable commissions in North America including Via Verde – the Green Way in the Bronx, Horno3: Museo del Acero in Monterrey, Fulton Center in Lower Manhattan, and the new master plan for Los Angeles Union Station. Vincent is a graduate of Cambridge University and is a registered member of both the Royal Institute of British Architects and the American Institute of Architects.