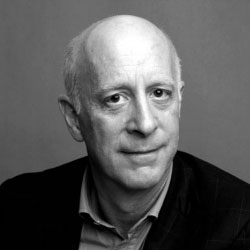 Paul Goldberger is the New School’s Joseph Urban Professor of Design and the former Architecture Critic for both The New Yorker and The New York Times, where in 1984 his architecture criticism was awarded the Pulitzer Prize. One of the nation’s most respected architecture critics, he has also won the National Building Museum’s Vincent Scully Prize, the President’s Medal of the Municipal Art Society of New York, the medal of the American Institute of Architects, and the Medal of Honor of the New York Landmarks Preservation Foundation. A contributing editor at Vanity Fair, he is the author of several books, including BALLPARK: Baseball in the American City, published in 2019 by Alfred A. Knopf; BUILDING ART: The Life and Work of Frank Gehry, published in 2015 by Knopf; Why Architecture Matters, published in 2009 by Yale University Press, and Building Up and Tearing Down: Reflections on the Age of Architecture, a collection of his architecture essays published in 2009 by Monacelli Press.

Paul Goldberger’s chronicle of the process of rebuilding Ground Zero, entitled UP FROM ZERO: Politics, Architecture, and the Rebuilding of New York, which was published by Random House in the fall of 2004, was named one of The New York Times Notable Books for 2004. An active lecturer on architecture, planning and historic preservation around the country, Paul Goldberger has also served as an advisor on architect selection and design to many organizations and institutions including the Barack Obama Foundation, the New York Public Library, the Glenstone Museum, and Lincoln Center.