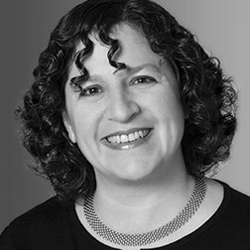 Meredith Kane is a partner and co-chair in the Real Estate Department of Paul, Weiss Rifkind Wharton & Garrison LLP, a law practice based in New York City. Ms. Kane’s experience includes all aspects of the finance and development of complex public/private joint venture projects. She was instrumental in the long-term lease acquisition of New York’s World Trade Center complex; the development of Hudson Yards on Manhattan’s far west side and of Atlantic Yards in Brooklyn; and the development of a world-class engineering and applied sciences campus on Roosevelt Island; among many other projects. She was honored as the 2009 Woman of the Year by WX – New York Women Executives in Real Estate, and was named one of the Top 50 Women in Real Estate and one of 25 Current Leaders in the Industry by Real Estate Weekly and The Association of Real Estate Women. She served as a commissioner of the New York City Landmarks Preservation Commission from 1995 to 2004.