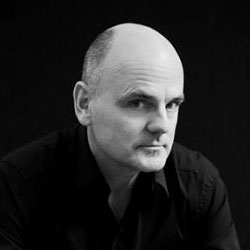 James Corner is the founder and director of James Corner Field Operations. His work is renowned for a strong contemporary design across a variety of projects types and scales, from large urban districts and complex post-industrial sites, to small design projects. Major projects include the High Line in New York, Seattle’s Central Waterfront, City Center in Las Vegas, Tsim Sha Tsui Waterfront in Hong Kong, Chicago’s Navy Pier, the Civic Center Parks in Santa Monica and Queen Elizabeth Olympic Park in London. He is also Professor of Landscape Architecture at the University of Pennsylvania. His work has been recognized with the National Design Award (2010) and the American Academy of Arts & Letters Award in Architecture (2004). He is the author of The Landscape Imagination (2014) and Taking Measures Across the American Landscape (1996).