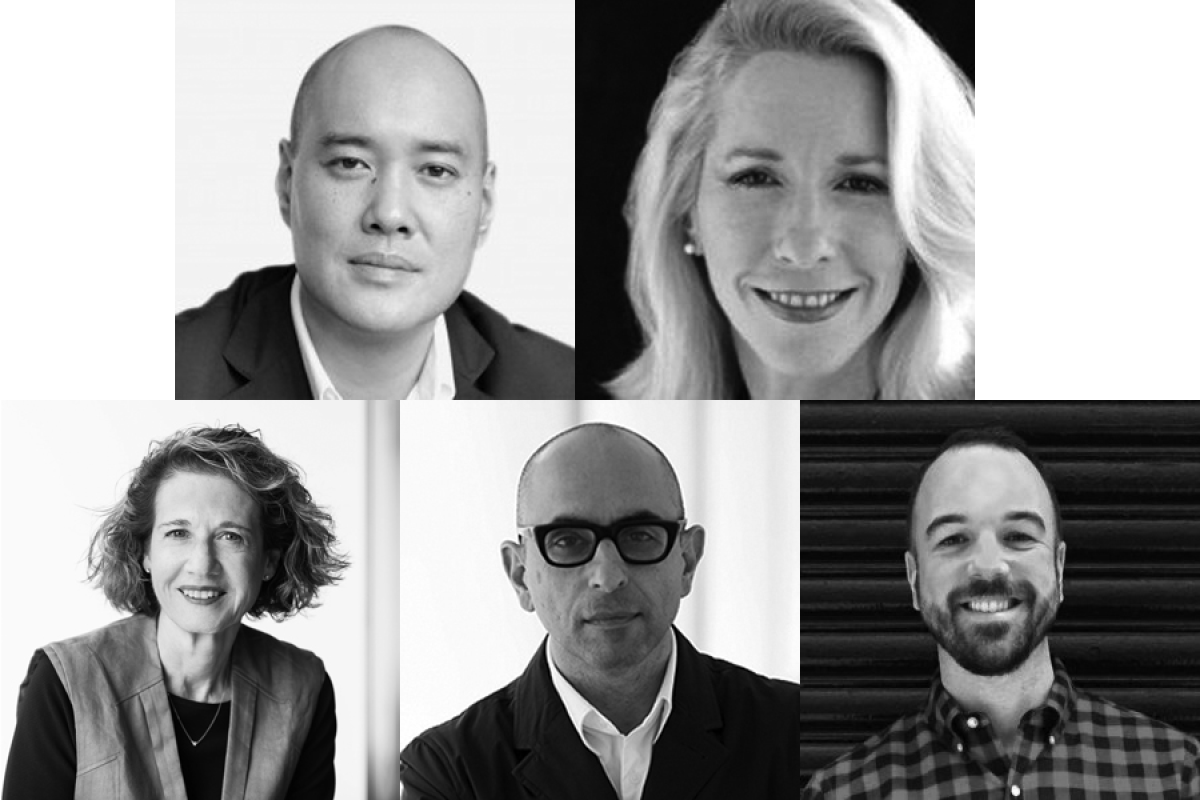 The Urban Design Forum is pleased to announce the addition of five new members to its board of directors: Vincent Chang, Patrice Derrington, Margaret Newman, Nader Tehrani and Weston Walker.

“Our new colleagues have led the design of civic and cultural institutions, mobility networks and open spaces in cities around the world. And they have educated the next generation of practitioners to confront the social challenges of urbanization today. I am delighted to welcome them to steward the next chapter of the Forum,” said Jamie von Klemperer, President of the Urban Design Forum.

About our new Board Members:

Vincent Chang is the Group Managing Partner with Grimshaw, an international architecture practice. He has been with Grimshaw since 1996 and has played an instrumental role in the expansion and development of the practice while maintaining a commitment to the quality, rigor and reputation for excellence that Grimshaw is known for. He established the firm’s New York studio in 2001, the recipient of the AIA New York Chapter’s Medal of Honor Award in 2015 for over a decade of lasting, innovative contributions to the city’s built environment. Vincent has led many of the practice’s most notable commissions in North America including Via Verde – the Green Way in the Bronx, Horno3: Museo del Acero in Monterrey, Fulton Center in Lower Manhattan, and the new master plan for Los Angeles Union Station. In support of the advocacy efforts of the Municipal Arts Society, he also led a multidisciplinary team tasked with revealing and cataloging the cultural assets of the neighborhood surrounding Penn Station as redevelopment continues apace. Vincent is a graduate of Cambridge University and is a registered member of both the Royal Institute of British Architects and the American Institute of Architects.

Patrice Derrington is the Holliday Associate Professor and Director of the Real Estate Development Program at Columbia GSAPP. Prior, she taught for three years NYU’s Schack Institute of Real Estate. Patrice bridges the fields of education and real estate, and brings significant global experience as an executive and board director of numerous property companies to the critical tasks of educating students, integrating academe and industry, and building an innovative knowledge base for the real estate profession. A recipient of the prestigious Harkness Fellowship, Patrice studied for her Ph.D. in architecture/civil engineering at the University of California, Berkeley, adding to her Masters of Business Administration from the Harvard University, and a Bachelor of Architecture degree with First Class Honours and University Medal from the University of Queensland. Her teaching career began at Carnegie Mellon University and MIT, and has been supplemented with over 12 years of real estate industry experience on Wall Street where she worked as an investment banker and advisor to major individual and institutional clients such as David Rockefeller, Keybank, and the Lower Manhattan Development Corporation.

Margaret Newman is a Principal at ARUP with over 25 years of experience as an architect and urban planner focusing on public realm projects as part of the fabric and context of cities. With a deep knowledge of the design process, direct experience with key city agencies, resilient infrastructure and with the long term planning around transportation networks, Margaret directs design for many public and private sector projects. Prior to joining ARUP, Margaret headed up her own consulting firm More Urban, advising on design, and urban planning projects. Under Mayor Bloomberg and Commissioner Sadik-Khan, Margaret served as Chief of Staff at the NYC Department of Transportation where she directed major agency projects including the capital construction plan for Times Square. With oversight for the urban design team at NYCDOT, Ms. Newman developed NYC’s first Street Design Manual which was instrumental in setting consistent design standards for the City’s streets and sidewalks. In private professional architectural practice for 15 years, Margaret was a founding partner in Marren and Newman Architects, a multidisciplinary architecture firm located in NYC. She received a Master’s degree in Architecture from Princeton University, is a certified LEED BD+C professional and a Fellow of the American Institute of Architects.

Nader Tehrani is the founding principal of NADAAA, where he has received many prestigious awards, among which included the Cooper-Hewitt national design award in architecture, the American Academy of Arts and Letters Architecture Award, and Seventeen Progressive Architecture Awards. Nader is also the Dean of the Cooper Union’s Irwin S. Chanin School of Architecture and former Head of the Department of Architecture at the MIT School of Architecture and Planning where he served from 2010-2014. For over 25 years, he worked to motivate academic research to change practice and to test new protocols of practice in the context of academia. His own research targeted material culture as the basis for speculation—exploring material properties, negotiating materials and their geometric predispositions and challenging the means and methods of building processes. Working between the digital realm and the medium of full-scale mock-ups, he seeks to simulate and test alternative approaches towards tectonic studies.

Weston Walker is Design Principal in Charge of Studio Gang’s New York office, where he leads a talented team of architects and a diverse portfolio of projects. Weston’s work spans many different types and scales, including cultural institutions, universities, civic buildings, and towers. His current projects include a major expansion of the American Museum of Natural History, a new firehouse for FDNY Rescue Company 2, and 40 Tenth Avenue in New York’s Meatpacking District. Weston is a graduate of Yale University, where he received his Master of Architecture and was awarded the AIA Henry Adams Medal. He received his Bachelor of Arts in Music from Cornell University, graduating summa cum laude for his thesis work exploring systems of perception and meaning in both musical and architectural spaces. He is a licensed architect in New York and Illinois and a member of the American Institute of Architects.