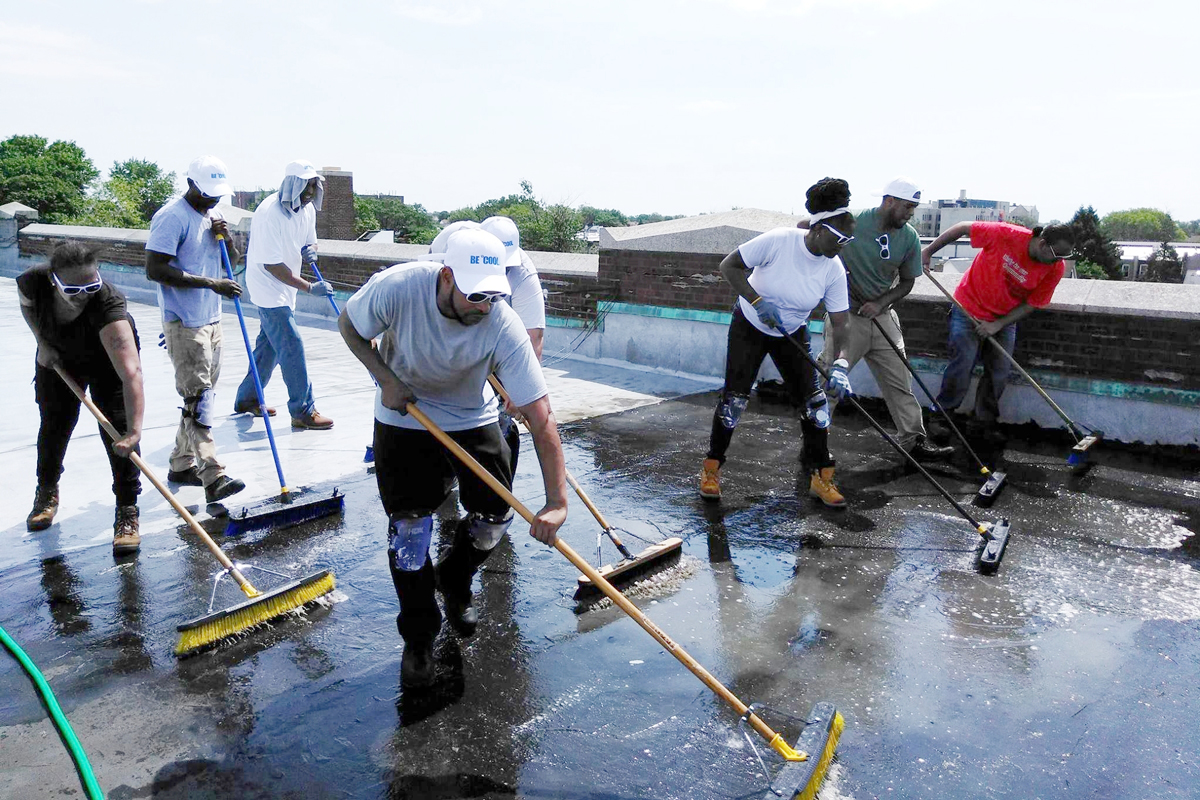 New York City’s industrial sector must undergo climate adaption and mitigation as a mechanism for economic opportunity and environmental justice.

The climate crisis is the defining challenge—and opportunity—of our times.

The world faces an existential risk that threatens the survival of our societies. Throughout civilization, access to water has been a critical asset for transportation, energy, and resources. Human failure to recognize the impact of the built environment on the natural environment has brought us to the precipice of failure. This wicked problem is all the more vexing because it’s not a discrete issue, but spreads across every community around the globe. 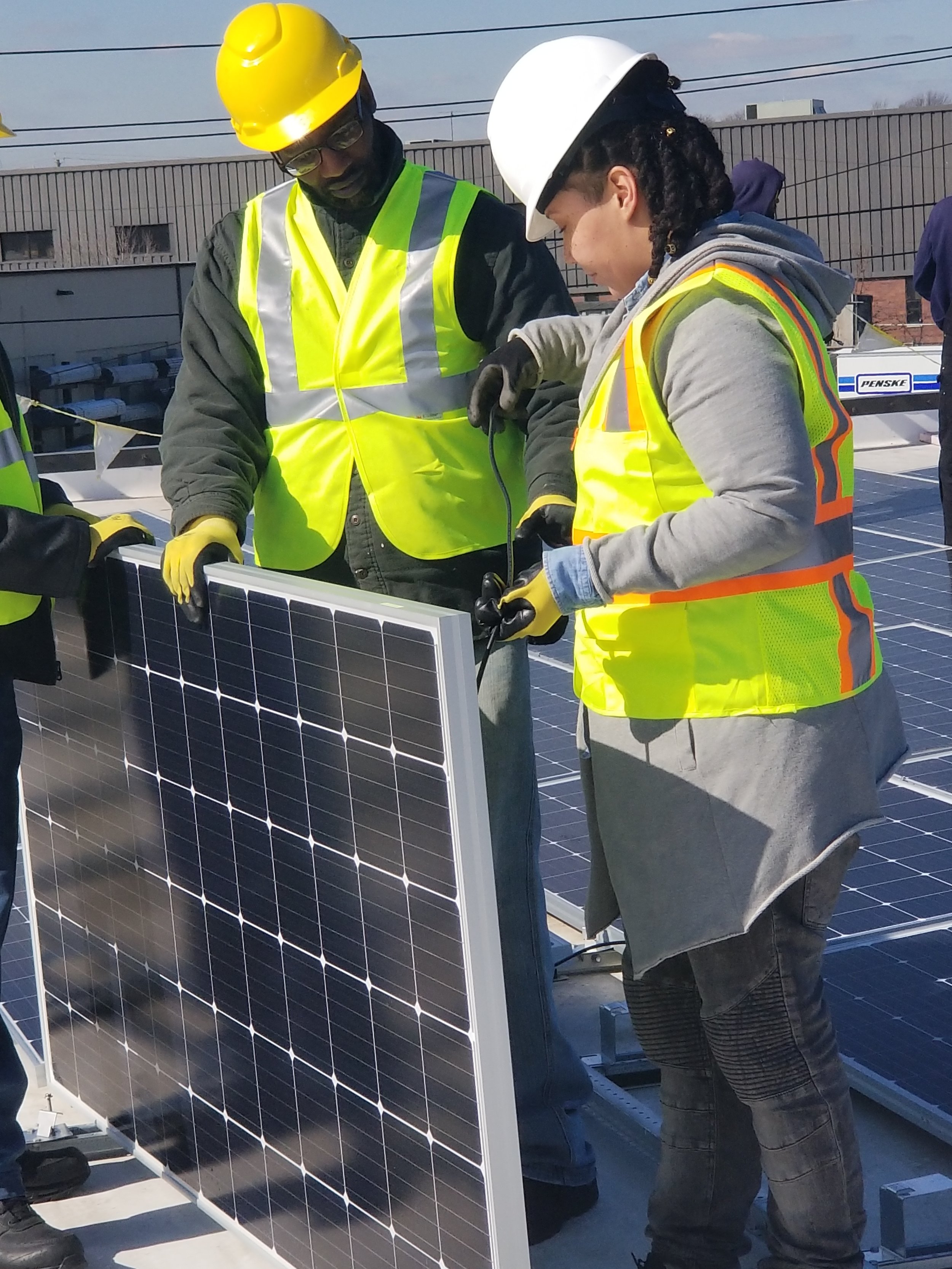 While the industrial revolution has provided incredible material resources, and improved quality of life for billions of people, it has also been at the center of environmental devastation. Industrial land uses have been long-recognized as negative, and have been pushed to the margins of residential areas, adjacent to marginalized and vulnerable communities.

Climate adaptation and mitigation demand we reimagine industrial zones to exist in harmony with people and the natural world, recognizing it’s not sufficient to curtail industrial emissions and pollution. Industrial land typology, transportation, and local economic opportunity must be woven into a sustainable network that lifts up communities and dispenses with the false consciousness that humans can control the natural world.

Current industrial land use practice results in vast expanses of impervious heat generating wastelands that diminish water quality and contribute to the urban heat island effect. Industrial uses must manage stormwater on site through green roofs, rain gardens, and greywater capture and reuse systems to protect the vital ocean and freshwater ecosystems that sequester carbon and provide recreational and nutritional resources. As we face increasing extreme weather events, including heavy rainfall and heat waves, this is an adaptation strategy that will not only blunt the impact of the negative effects of climate change, but also provide resiliency for businesses without resorting to short term efforts to harden infrastructure that are bound to be overwhelmed by nature. 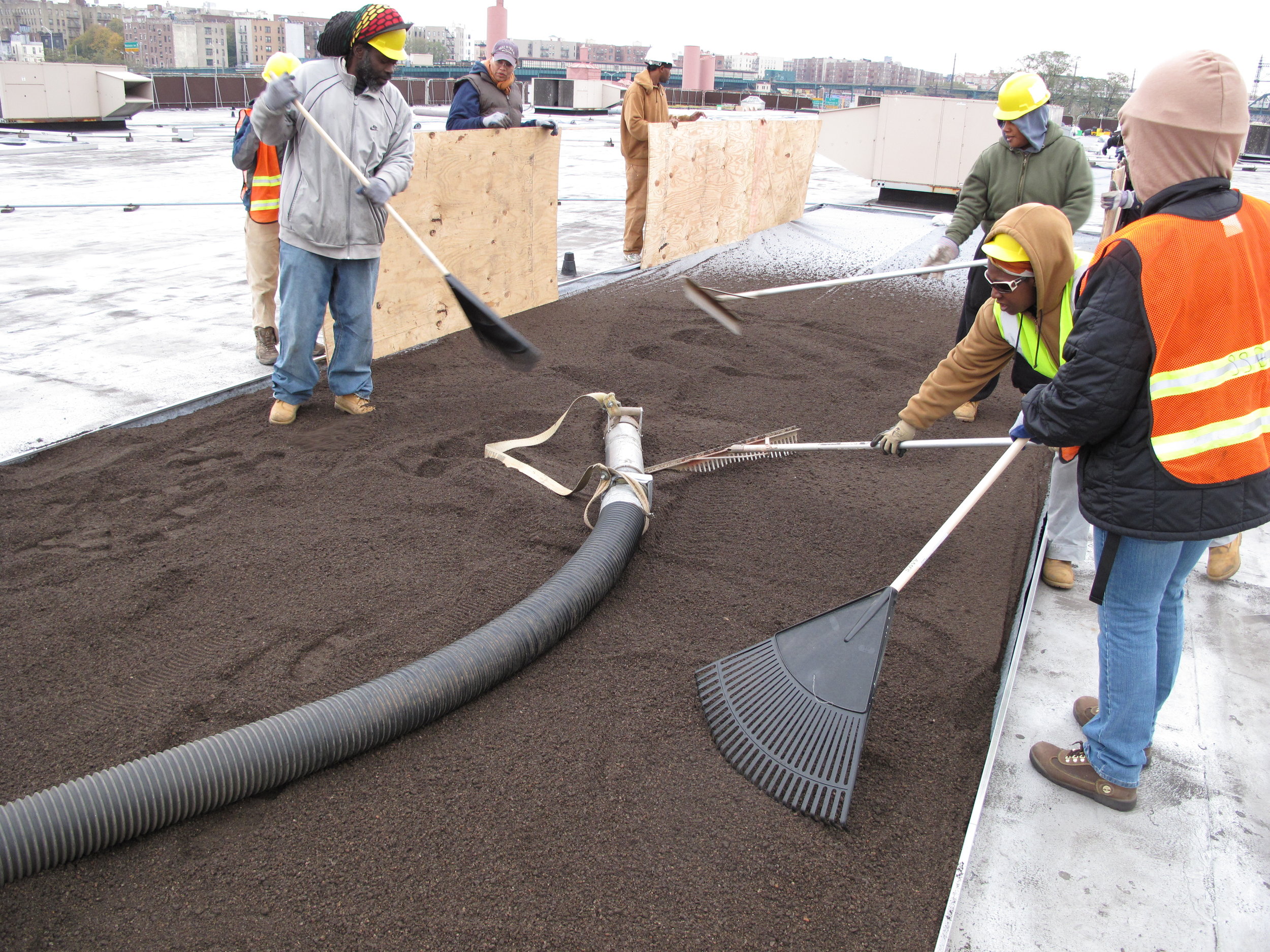 New York is also far too reliant on trucks—and diesel trucks in particular—to facilitate industrial production. At the Hunts Point Food Market operators utilize trucks powered by dirty diesel refrigeration units as long-term storage. In the short term the City must accelerate efforts through policy to electrify large truck fleets and eliminate wasteful practices that spew carbon and airborne pollution. As a result of these harmful emissions, asthma and other negative public health outcomes have been disproportionately shouldered by vulnerable and marginalized neighborhoods. In the long-term mass transit and rail freight need to be a part of industrial transpiration policy, and the supremacy of trucks and private passenger vehicles must be set aside.

Community members who have been negatively impacted by industrial uses have generally had access to low quality or no jobs generated by broader economic activity. While we have developed mechanisms to require housing developers to prioritize local residents for construction jobs, the City must support industrial users to achieve similar goals.

Toby Sheppard Bloch is Chief Executive Officer at Intervine, a division of The HOPE Program and Sustainable South Bronx, two of the leading workforce development and job training programs in New York City. He joined HOPE/Sustainable South Bronx in 2016. He is responsible for business development, job site supervision and growth of the range of services offered by Intervine. Previously, he owned and operated a residential remodeling company in New York City with a focus on environmentally sustainable practices.