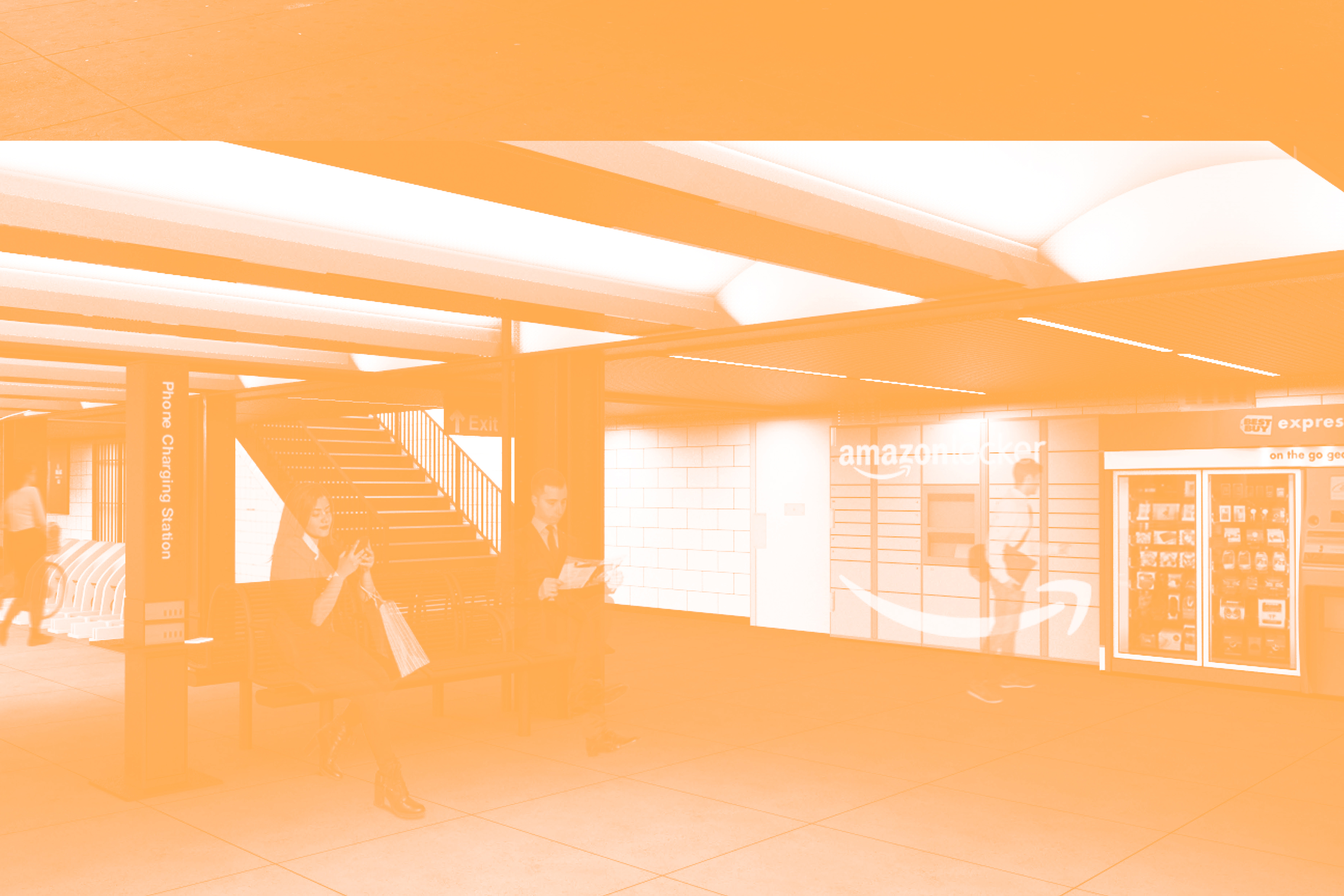 Our historic subway stations are our most used public spaces. Partnering with the private sector will give them the innovation and investment they need to thrive.

The New York subway system is among the busiest in the world. 1.7 billion riders travel through the system’s 472 stations every year—twice the ridership of all other US subway systems combined.1 While the MTA continues to upgrade critical components of the system, the condition of the stations lags far behind. A 2013 Straphangers Campaign survey reports that 70 percent of stations have peeling paint and water damage and—as any New Yorker will attest—hundreds of stations are rundown, dirty, and unwelcoming.

While civic pride is reason enough to upgrade these critical public assets, it’s also important for New York’s global competitiveness: a quality transportation system is fundamental to making ours a sustainable city and an attractive place to live and work. The financial climate and strained capacities of the MTA have led us to defer addressing these conditions for decades. It’s time to try an innovative approach.

We propose a public-private partnership with the MTA to elevate the appearance, cleanliness, and lighting of subway stations citywide. New amenities, services, and technologies will enhance stations and generate revenue from leases, revenue share, and sponsorships, which will in turn be invested in a system-wide program to improve cleaning, lighting, and station finishes. This will lead to a virtuous cycle: improved stations will create additional revenue opportunities that will be reinvested in further station improvements.

Imagine amenities like sponsored phone charging and digital vending machines, or innovative services such as delivery lockers for riders to pick up packages, or a network of personal bike docks for first and last mile links to and from stations. Our goal will be to find the optimal balance of services, amenities, and revenue generation in the public interest, and the widest possible scope of improvements across the system. As an independent nonprofit partner of the MTA, we can take on a task that is not their core strength to more effectively enlist private-sector partners and funding sources.

New York has a long history of successful public-private partnerships to maintain and improve our shared public assets: the Central Park Conservancy, the High Line, Brooklyn Bridge Park, and Business Improvement Districts. Our subway stations should be next.

Tim Braine is the Executive Director of the Station Alliance, which he founded in 2012. He is a veteran television producer who has produced over 300 hours of documentary and comedy programming for network and cable television. He has an A.B. from Princeton University.