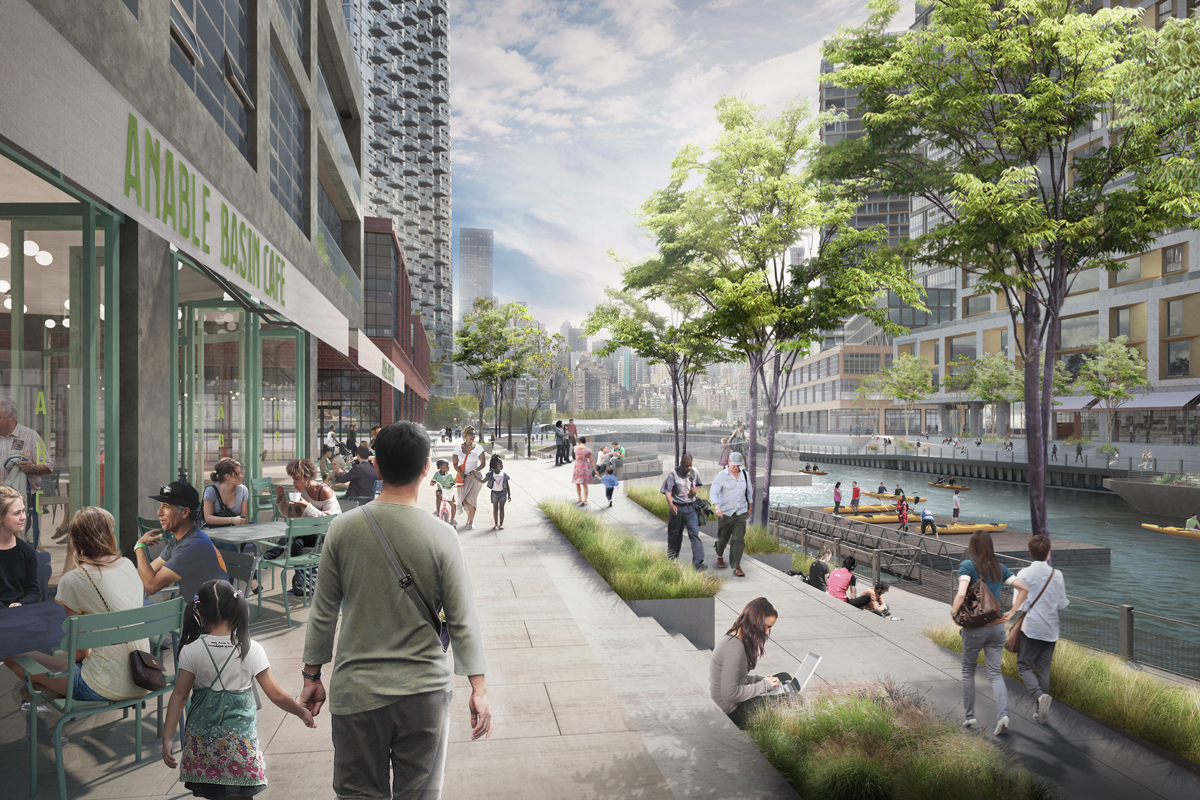 Jonathan Drescher is working to build a 70-story mixed-use development along the Anable Basin in Long Island City.

“The Anable Basin rezoning would cover about 14.7 acres, with Plaxall owning about 12.6 already. The district would be bordered by 45th Avenue and 44th Drive to the north, Vernon Boulevard to the east, 46th Road to the south, and 5th Street and the East River to the west. The vision for the waterfront properties is aimed at maintaining Long Island City’s “legacy of innovation.”

President of Plaxall, Jonathan Drescher, said he, along with the family, have carefully crafted a rezoning framework. ‘Through our plan, the new Anable Basin would be a place where people live and work in the same place – enhancing quality of life, productivity and easing the demands on transit and energy infrastructure by placing workplaces close to home,’ Drescher said.

The rezoning would create a live-work, mixed-use district with a 335,000 square feet for production and light industrial uses for artisans, tech-startups, and other creative fields. According to the proposal, Anable Basin would support at least 2,200 to 2,600 permanent jobs and generate $450 million in annual economic output. About 10,000 construction jobs are anticipated.”