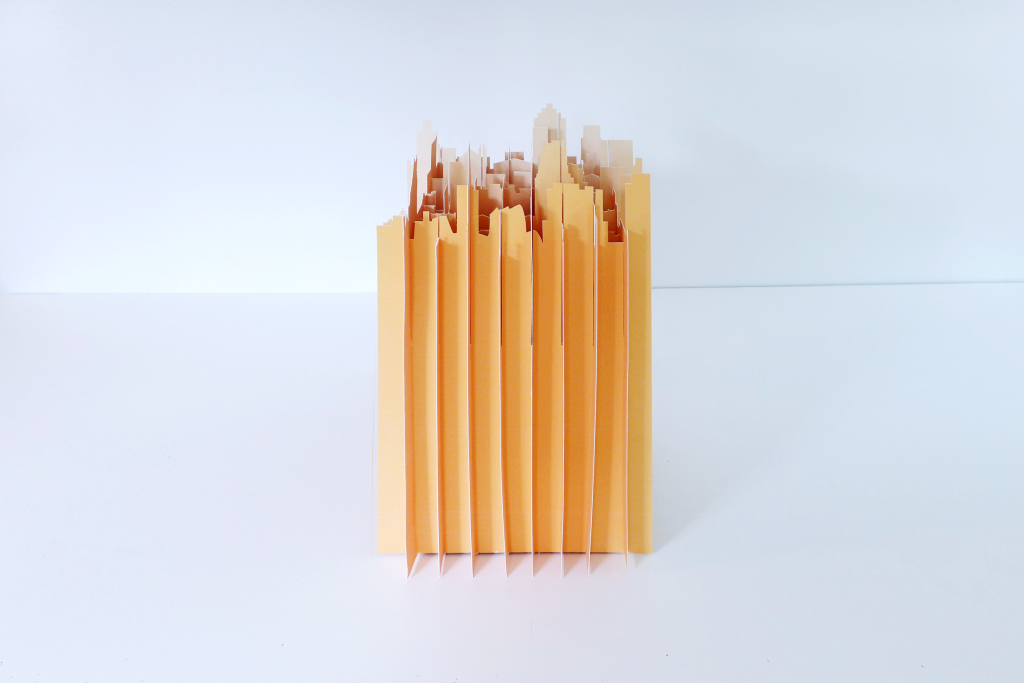 Souvenirs: great at recalling the singular, not so great with multitudes.Manhattan’s second Community Board, stretching from Chinatown to Gansevoort Market by way of Noho, Soho, and Greenwich Village, is a cultural salad. What constitutes a souvenir for one of the richest and most diverse set of cultural histories in New York City?

Eschewing the readily iconic, we take a look into just how one remembers CB-2’s eclectic array of neighborhoods: streetscapes awash in romantic hues of dusk and dawn, the silhouette of their rooftops, and the intersections where these cultures converge.

A souvenir that captures such richness cannot assume a singular form. Pop-Up City embraces multiplicity with sixteen intersecting streetscapes that collapse and expand the souvenir from flat visage to a city-in-miniature. Like a pop-up children’s book, the souvenir of the city begins as folded upon itself, with Greenwich Village pressed flatly against Little Italy, and Soho finding itself next to the West Village. As the souvenir unfolds, the intersection of each streetscape acts as an urban hinge; neighborhoods collide as the full view of the street comes to life. The angles that the intersections pass through are reminiscent of the negotiating grid system of the area, holding traces of Manhattan’s early grid system relative to the Hudson River and the 1811 grid that trickles down from Central Park. Unfolded, the city is restored, its streetscapes washed in the pinkish orange of the rising sun, presenting more than a memory of what it looks like, but rather how the city is experienced.

As to what is it for? For that existential crisis afflicting all souvenirs, there are just as many answers as the Pop-Up City has facades. We suggest a pencil holder, but that is by no means the sole function that one could find!