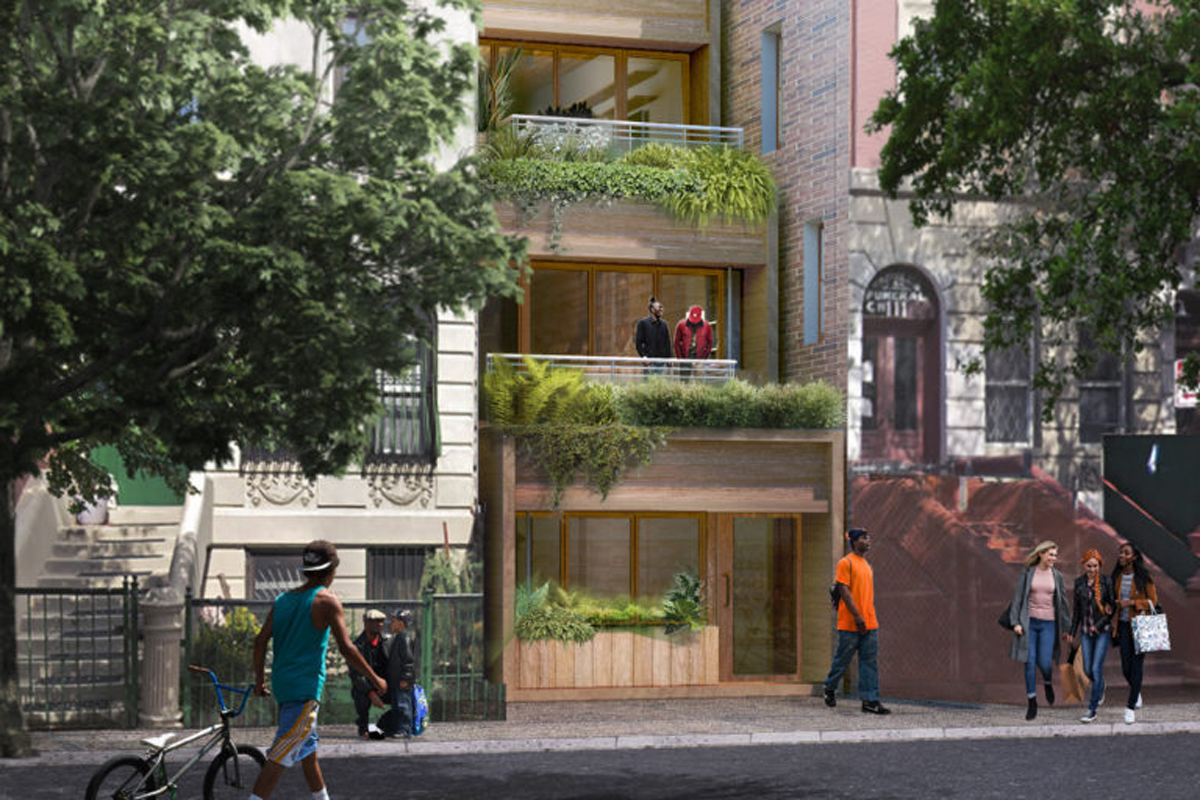 The New York City Department of Housing Preservation and Development (HPD) and the American Institute of Architects New York (AIANY) announced on Tuesday the selection of five New York City-based firms as finalists in the Big Ideas for Small Lots NYC design competition for small-scale, urban infill housing. As 6sqft previously reported, the program was organized by HPD and AIANY as a way to address the challenges associated with the design and construction of affordable housing on 23 lots of underutilized city-owned land. First announced by the city last year, the program falls under Mayor Bill de Blasio’s Housing New York 2.0 plan. The winning proposals were selected by a panel of nine jurors and evaluated on their design, replicability, and construction feasibility. The finalists will advance to the final stage of the program.