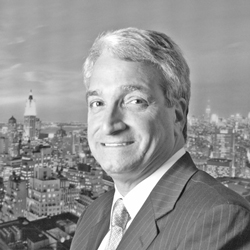 Frank Sciame is CEO and Chairman of Sciame Construction, one of the tri-state’s leading construction management firms. With a degree in architecture from City College of New York , Frank is sought out by top designers as a construction partner. His recent projects include the addition to the Morgan Library and Museum, the new Academic Building for Cooper Union and the FDR Four Freedoms Park Memorial on Roosevelt Island. Current projects include buildings for Columbia Medical Center, Princeton University, and The Shed at Hudson Yards. In 1996, Frank formed the real estate development firm Sciame Development. Among his commitments, he is a current Executive Committee Board Member and Past-Chairman of both the New York Landmarks Conservancy and the New York Building Congress.