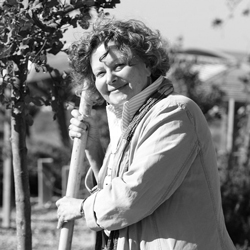 Eloise Hirsh is the Administrator of Freshkills Park and the President of the Freshkills Park Alliance. At 2,200 acres, the Freshkills Park project is one of the most ambitious public works projects in the City’s history. The transformation of what was the City’s biggest landfill for 50 years, into a productive, vital, beautiful destination open to all is a powerful symbol of renewal with challenges and opportunities on an unprecedented scale.

Eloise Hirsh has an extensive career in public and non profit sector management. She spent 18 years in Pittsburgh, where she was Mayor Tom Murphy’s Director of City Planning during his first two terms, Director of the Mayor’s Commission on Public Education, and, as firm principal of the consulting firm Iron Hill Associates, led projects on open space preservation and development, transportation issues, affordable housing and child and family welfare.

She has been on the faculty of the Heinz School for Public Policy at Carnegie Mellon, the Graduate School of Public and International Affairs at the University of Pittsburgh, New York University’s Wagner School of Public Service.