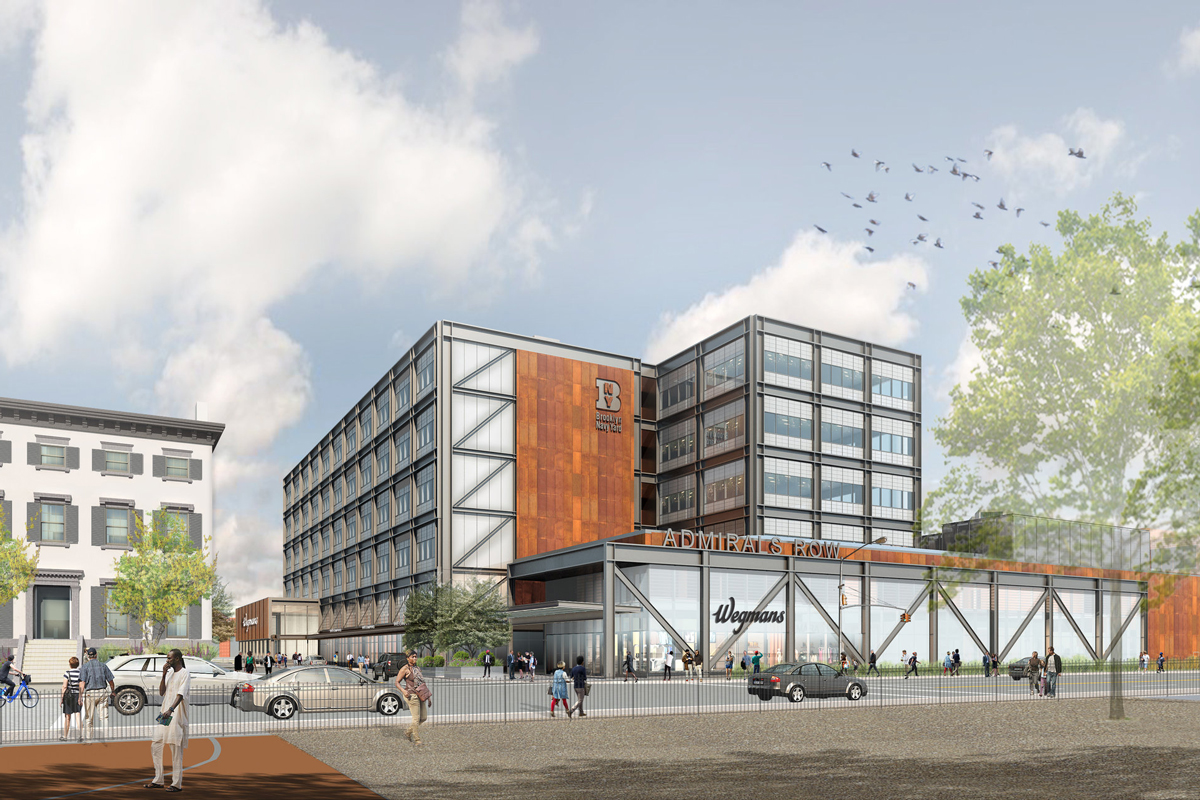 “In just a few months, the section of the Brooklyn Navy Yard that was once home to the stately 19th-century mansions of Admiral’s Row will be open to the public once again.

Replacing those old buildings will be several new structures, including Building 212, a five-story hub with 130,000 square feet of what the Brooklyn Navy Yard Development Corporation says is “manufacturing and creative office space.” The former will take up the buildings second through fourth floors, while the fifth floor can be dedicated to offices.

That space is now seeking tenants, and to coincide with that leasing launch, BNYDC has released new renderings of the building, designed by S9 Architecture. ” – Amy Plitt, Curbed